The World Poker Tour’s (WPT) season-ending Tournament of Champions (TOC) has wrapped up with American Matthew Waxman taking down the title. 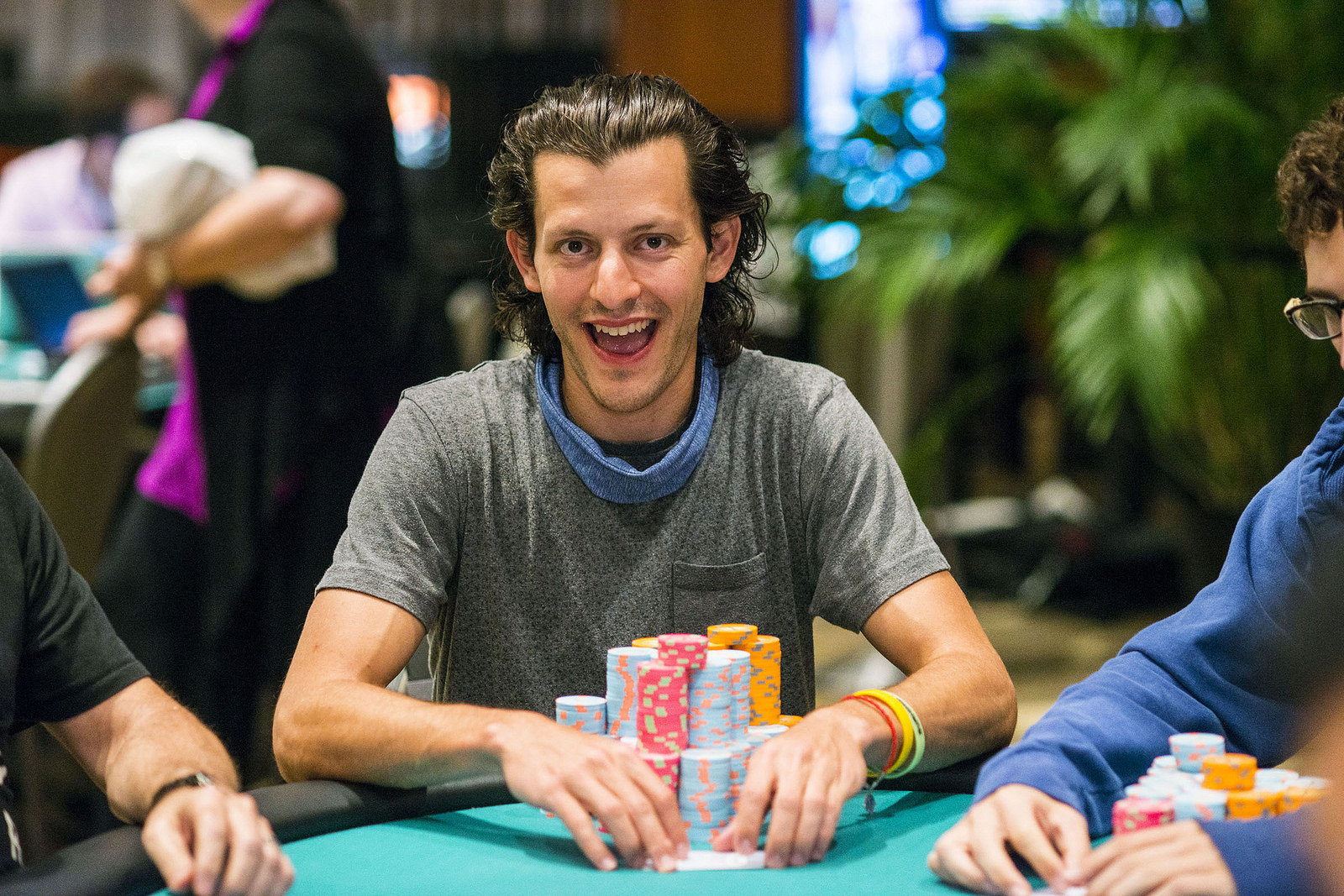 Matthew Waxman celebrates with the WPT team as he takes down the 2018 Tournament of Champions. (Image: World Poker Tour)

Before Waxman joined the cast of season XVI winners and those that had bought in directly, he wasn’t sure if it was a good idea. With only the season’s champions gaining free entry to the Las Vegas showdown, the experienced pro had to pay $15,000 to play.

Gamble Pays Off for Waxman

Although he’d amassed more than $3.5 million in tournament wins prior to the event, he admitted that playing was a gamble.

“I was thinking about not playing because it’s a big buy-in and I wasn’t too confident in my game, but I jumped in there after feeling pretty good lately,” Waxman told the WPT’s live reporting team after his win.

The decision proved to be a profitable one, however, as the former WPT winner managed to overcome 79 world-class players to take home $463,375. When the action inside Aria Resort & Casino got underway on May 24, players started with 500 big blinds.

Despite having plenty of chips to play with, the opening session ended with just 29 players. Just as things ended on, Day 2 started with a bang as Darren Elias eliminated Ryan Riess and J.C. Tran in the same hand.

After his double strike, Elias was able to ride a wave of momentum and take the chip lead into the final day. Playing out inside The Luxor’s new Esports Arena Las Vegas, the finale would see Elias start strong but Waxman finish stronger.

As the former chip leader fell in third to Matas Cimbolas, the heads-up match saw the more experienced Waxman take control. After gradually chipping away at the larger stack of his opponent, the Florida native secured the win with Q♣7♦.

Suspecting Cimbolas was bluffing, Waxman called all three streets as the board ran out K♦2♥Q♠4♠8♥. When his opponent was forced to table 10♥3♠, a victorious Waxman smiled as he raked in his second largest live win as well as a seat in next year’s event, a custom poker table and a luxury Hublot watch.

Not resting on its laurels, the WPT’s season finale was also a showcase for its latest innovation. In addition to showing all live TV finals on the eSports stage at The Luxor, the company added the voice of Mark Shunock to its finale broadcast.

The Las Vegas Golden Knights announcer was initially approached by the WPT’s Matt Savage at a hockey game. After a brief conversation, a formal meeting was set-up and Shunock did some MC’ing duties during the live final.

Although the deal appears to have been a one-off, the WPT has been pushing the sports angle in recent years, something that could see the announcer brought back into the fold next season.

WOW GOod Job. The WPT had a some good magic going for it this year, with this win. Also dont forget Jonathan little almost took his 3rd WPT title but went out 6th AJ <A4. We need some of these players like this making notable final tables, especially since Ive been giving him money for webinars for 3 years now.

Great result and nice HU play,I noticed at the review video that he was very confident and did much aggression on his opponents.It is useful to watch such style of playing and remember some interesting moves and reads!GG