Here’s a pop quiz for you: who has cashed for the most money playing tournament poker in Minnesota casinos?

That would be poker pro Matt Alexander, who you may also know as the commentator on the Mid-States Poker Tour (MSPT) live streams. He’s also part of a triumvirate of MSPT Pros and is “The Face of Minnesota Poker,” or at least the “fat face,” as Ryan Hartmann branded him. 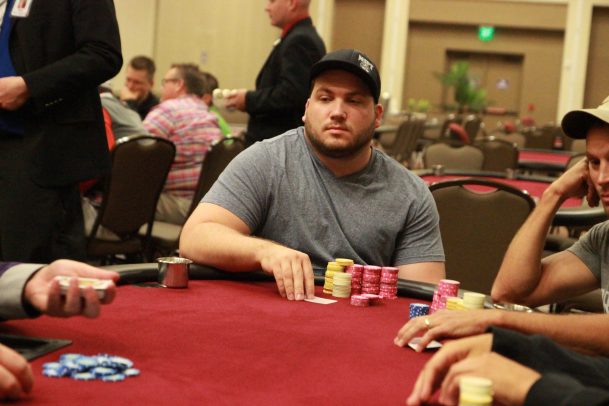 Born and raised in Minneapolis, Alexander is the youngest of four children, and has amassed $756,595 in live tournament earnings. That figure includes a career-best $69,043 for winning the 2014 Heartland Poker Tour (HPT) Altoona Main Event.

We recently caught up with Alexander, who showed us his dry sense of humor, which more than matches his poker acumen.

CardsChat: What did you do before you played poker?

Alexander: “Before poker, I was a bartender at my dad’s bar for many years. All the things I learned from working and managing a bar I forgot, except the important things, like being drunk while nobody has the slightest clue I’m six shots deep in the last hour [of bartending]. To this day, I can straighten up and act sober for up to three questions. Maybe even four.

“After that, I owned a tobacco store and managed a separate liquor store. In both businesses, I was ambitious, worked long hours, and was completely moronic. I was working hard, but not smart. Not much has changed, except I don’t work hard anymore.

“Oh, I forgot, sometime in between work and poker, I sold shrimp on the side of the road. A couple guys and I got thousands of pounds of shrimp from Texas and sold it out of coolers. Before you laugh and determine if I have ever been checked into a mental hospital, we made money, [we had] like thousand-dollar days. Out of a cooler mind you, on the side of the road.

How did you learn to play poker?

“Trial and error is probably not the cheapest way to learn poker, but it’s the route I took. For someone who likes to read, you would think I would buy a poker book. Why would I do that? That would be too easy. 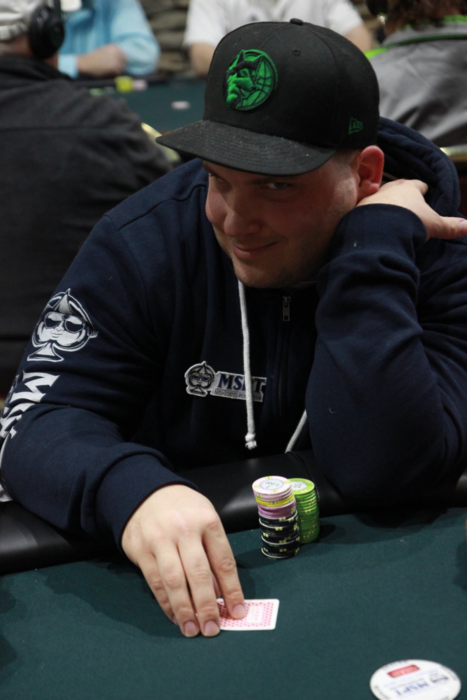 “I first started playing poker regularly at a pool hall. After bar tending, I would go up there. Coincidentally, the game would start as soon as I got there. Nicest thing is everyone would wait for me before they started playing, and usually didn’t stop until I was done. Nicest guys ever. I was royalty at that game.”

What sort of poker games and stakes do you play?

“Living in Minnesota, there are always tournaments [with buyins of] around $1,000. There’s no [legal cash game] no-limit hold’em here, so people really love tournaments. Obviously, I play most of the MSPT [events]. Definitely all the ones within driving distance. I play a couple WPTs a year as well, usually at the Borgata. I get lucky there and poker is usually good for me, too.

Have you ever thought of leaving Minnesota to play poker elsewhere full-time?

“There was a time I was going to move to the East Coast, close to the [Washington] DC area. With the newer casinos and busy poker rooms, I thought it would be a good fit for me. I like the straightforward attitudes of East Coast players. Some non-related poker reasons kept me in Minnesota. Maybe someday in the future I’ll go, but for now, I’m staying here.”

“The poker community in Minnesota is very positive and supportive. They love sweating anyone from Minnesota when they go deep in tournaments, or have any other type of poker accomplishments.”

Who are your friends within the poker universe?

“I have met so many friends and different personalities through poker. Blake Bohn, Mark Sandness, and Tony Moses are some of my closest friends in and out of poker, and I talk to them daily.

“All three of them see the game a little differently, but all are winning players. Other poker players who I don’t talk to everyday, but consider good friends, are former MSPT winner Luke Arora, Thao “Scratch” Thiem, Gennady Shimelfarb, and Ryan Hartmann. Of course, there’s my dad, John Alexander, who plays poker in Minnesota that I talk to everyday as well.”

How did you come to be an MSPT Pro and commentate the live streams?

“When it came to commentating, I was already playing most of the MSPTs, so it just made sense. If you ever played with me, then it might not seem like I know what I’m doing. Do as I say, not as I do. I’m that championship winning basketball coach who can’t make a jump shot.”

What do you do for fun outside of poker?

“For some reason, people are always shocked when I tell them I read. Yes, books, mostly without pictures. I see almost every movie that’s in the theaters. I try to balance eating out and going to the gym. Keyword is “try.” Right now, I eat out twice a day and only go to the gym once a month.”

If you weren’t playing poker [professionally], what do you think you’d be doing?

“This is a really good question, because I think about this all the time. The honest answer is, I have no idea.

“Is ‘stay-at-home dad’ a thing? Do you need kids for that? Maybe I’d be a food critic. The problem with that is I literally enjoy every meal. I would recommend everything. The truth is, I like poker. I like the freedom. I don’t set an alarm and [I get to] choose my hours. Then there’s that feeling winning a tournament, that sense of accomplishment and validation. Why do anything else?”

LOL that was great 🙂

The pool hall games were the best, and then the little room we had next door since table time was getting ridiculous. Them good old days tho. I think people were waiting for you to bring Nick, and Johnny Vang to close the pool room so he could donate. Yo Matt hmu when y’all make it to St. Louis.
Oh and if Hartmannis saying your face is the fat face what’s his then? ???????????? hahahaha Ryan he my big bunny rabbit