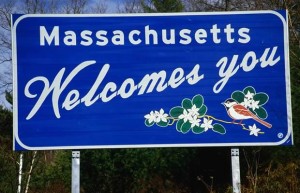 Although Massachusetts’ three land casino licenses have yet to be officially awarded, some state officials are already eyeing the potential to add online gambling as well (Image: onlinepokerreport.com

Many states have been bandied about as being the potential fourth location in the United States to legalize and regulate online gaming. One of those is Massachusetts, which recently made headlines for its impending expansion in the land-based casino industry. Currently, there are talks in place debating potential legislation and its fallout should online gaming be legalized in the Bay State. While details need to be ironed out and discussed through the proper channels, the state’s Gaming Commission Chairman is looking to make things happen now.

Rosenberg has noted that he feels that online gaming is a new frontier and that he can’t see a way around it. He believes that there’s not much the government can do to control the Internet, with citizens able to turn on their computers and go wherever they want. He also notes that the state’s leadership is just at the early stages of wrapping their heads around how online gaming can work in Massachusetts.

State Treasurer Steve Grossman supports online gaming as well. A task force organized by the gubernatorial candidate concluded in a 2012 report that many organizations would seek to enter the online market. Tribal and commercial casinos, gaming companies and even other states have expressed interest in claiming a piece of this potential market. The report also said that maintaining jobs for lottery employees and keeping problem gamblers in check were important factors.

Online gaming was the hot issue at a recent forum held at the Boston Convention and Exhibition Center. At the forum were representatives of states who already have a system of online gaming legalization in place. The biggest concern for Massachusetts is the proper method of controlling and restricting how gambling can be done online.

Nevada, New Jersey and Delaware have presented three viable models for Massachusetts to model themselves after. In Nevada and New Jersey, only existing licensed land casinos can set up gambling sites.  Nevada also has only allowed for poker so far online, keeping other forms of gambling and sports betting exclusively to brick-and-mortar properties. Delaware’s method of having the state lottery manage gaming sites and collect revenue is an option as well.

However, before the issue is seriously handled, the state still has to give out its three land gaming casino licenses. Two should be awarded by the summer and another down the road. To date, Penn National Gaming has been given the only slots license for the Plainridge race track in Plainville.

With any push for such a bill also comes a shove from a group in opposition. John Ribeiro is the chairman of a campaign to prevent such a bill from becoming a reality. Ribeiro can’t believe that the state is already addressing online gaming with casinos still needing to be built. Instead of debating about other important matters to the state, Ribeiro said that citizens need to stop the bleeding by that he claims will occur if casinos open up in Massachusetts communities.

Yet Massachusetts seems prepared to take on the online gaming market. Gaming Commission Chairman Stephen Crosby doesn’t want the state to wait for needs to be done. He feels that the time is now and licensing for both land-based and online casinos is just around the corner.

As more develops in Massachusetts, stayed tuned to CardsChat News for the latest.

I hope Maryland makes a push to legalize it we got land based gaming and we are close to del. So hopefully soon