As the Microgaming Poker Network (MPN) prepares to shut down its services in May, the operator has said goodbye to its live tour with a final event in Spain. 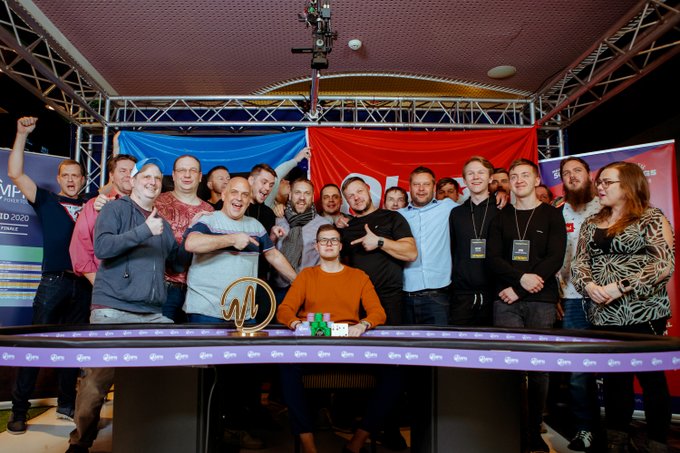 To end the MPN Poker Tour (MPNPT) in style, a series of low and mid-stakes events took place between Feb.6 and Feb. 9 inside Madrid’s Grand Casino Colón.

Heading the list of six tournaments was the €550/$600 main event. Thanks to a combination of live satellites, MPN qualifiers and direct buy-ins, the last swansong event attracted 575 entrants.

Among those vying for Microgaming’s last live title was tour veteran Jari Hurri. A Finnish pro with $121,646 in live cashes, Hurri has been taking part in MPNPT events for four years. Describing it is “well-run” with buy-ins that are “just right,” Hurri made the most of his final outing.

Making his way through the masses on Day 1, he eventually made it into the money before exiting in 66th place. While Hurri went off to collect his $1,212 consolation prize, the remaining players did their best to survive.

In the end, only nine could make the final table. Making his presence known on Feb. 9 was former PKR pro James Sudworth. Now a self-employed financial advisor, Sudworth came out of retirement after six years for one last hurrah in Madrid.

That proved to be a wise decision as he started the finale fourth in chips and that’s where he stayed. After watching fellow Brits Stuart McCormack and Jay Yerby fall in ninth and eighth place respectively, Sudworth looked strong until Martin Piik started to gain momentum.

An under-the-gun raise from Piik was met with an all-in from Sudworth in late position. Piik made the call with pocket nines and went to the flop ahead of Sudworth’s K♣3♣.

A king was the first card to land on the flop but that would be the only glimmer of hope for Sudworth. As the board ran out K♥6♥9♦7♥2♠, a set was enough for Piik to scoop the pot and eliminate the last remaining Brit.

With three left, Yu Cheng Liu extended his chip lead by taking out Raido Õunapuu. However, in what proved to be a fitting end for Microgaming, online qualifier Piik triumphed.

The Estonian won he’s seat on MPN site Olybet and that seemed to win him the affections of the poker gods. With the blinds slowly eating into both player’s stacks, Piik struck lucky when his K♥7♠ made two-pair to beat Liu’s K♣Q♣.

Now in control, Piik closed the show with ace-four. Calling Liu’s all-in with king-queen, Piik faded an upset to win $56,600 and the last ever MPNPT title.

Looking back, some of Microgaming’s faithful followers gave their thoughts on the tour. From its opening event in London in 2014 to a multi-stop European schedule, MPNPT struck a balance between entertainment and poker.

“The best things about the tour are the people. Meeting old friends, meeting new friends and the atmosphere is pure fun and joy,” said PAF Poker’s Linda Jansson.

What an event, what a team and what an incredible tour! Adios #MPNPT, out in style in a truly wonderful city. Congrats to all 23 MPNPT champions, including Madrid winner Martin Piik & thanks to EVERYONE who has made this tour possible. #TheMPNd pic.twitter.com/zsEAw3EKeU

The final word went to MPN Managing Director of Poker Alex Scott. Adding to the comments he made about the network in September, Scott thanked everyone that’s contributed to the tour over the years.

“Since its launch, the MPN Poker Tour really has been a very special series of events and that’s entirely down to our staff, partners, media, sponsors, venues and, of course, the players,” Scott concluded.