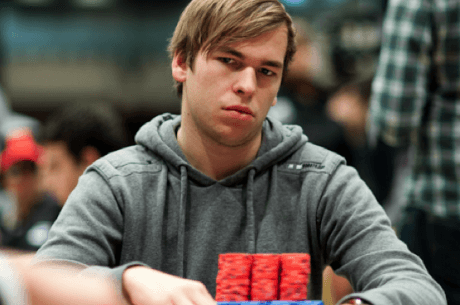 Martin Finger is already known as one of the top players in European poker circles, having scored wins both on the European Poker Tour and in other events across the continent.

But the 25-year-old German is always looking to beef up his poker resume, and adding another high roller title to his accolades certainly won’t hurt in that regard.

The field included two celebrities one might not expect to play in such a big buy-in event: soccer stars Neymar Jr and Gerard Pique, both of whom play for Barcelona FC.

Both local stars made runs in the tournament, with Neymar even holding the chip lead at one point early on. However, he would end his tournament when he lost a flush vs. flush encounter, while Pique hung on for a bit longer, but fell short of the money.

A total of 24 players cashed in the event, with several big names among those who made cashes short of the final table. Tobias Reinkemeier went out in 14th place, while Steve O’Dwyer finished in 12th, taking home €72,600 ($81,200).

The final table featured plenty of talent, with both Issac Haxton and Mike McDonald locking up six-figure scores before going out on sixth and fifth places, respectively. But while this tournament was originally scheduled for one day of play, the size of the field and a relatively lengthy final table caused the final three players to break for the night and come back to play on Thursday.

Three Players Come Back for Second Day of Play

The survivors were Finger, 2005 EPT London champion Mark Teltscher, and Liv Boeree, winner of EPT San Remo in 2010. When play resumed on Thursday afternoon, Boeree was the first to be knocked out, as her QT lost out to Teltscher’s A4 in an all-in pre-flop contest.

That left Teltscher with the chip lead heading into heads-up play, and it appeared that he was in control of the match. But Finger managed to double up once with pocket jacks, and from there on out, the German took over.

By consistently chipping up, Finger eventually held a 2-1 chip lead over Teltscher. On the final hand, Teltscher moved all-in with J9 only to be called by Finger’s A4. Teltscher didn’t find any help on the board, handing Finger the second-largest cash of his career, trailing only a 2013 Super High Roller victory at EPT London.

The win is the biggest moment yet in what has been a strong 2015 campaign for Finger. So far this year, he has won over $1.9 million, with most of that amount coming from tournaments in Europe.

In total, Finger has won nearly $6.4 million in his tournament poker career. He lays claim to one WSOP bracelet, which came in a $3,000 No Limit Hold’em event during the 2013 World Series.

congrats to both Martin Finger and the EPT Barcelona event . it’s also nice to have soccer celebrities joining the action !