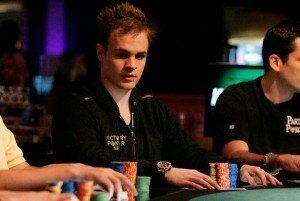 The game of poker has inspired a group of high-ranking marketing professionals, thanks to advice given by well-known poker pro, Andrew Robl.

According to the article, marketing professionals have seen the value in the same traits it takes to win consistently at poker as it does to become a successful internet marketer.

The article is being hailed by poker industry professionals as yet more evidence that the game is part of the fabric of not just casual gaming society, but business culture as well.

At a content marketing forum known as UNIFY 2014, held in New York in October 2014, Ken Blom (Director of Social Discovery for BuzzFeed) stated that his industry mirrors that of the world of poker.

He stated that with every hand, a marketer has the opportunity to build intuitions to figure out when to go all in and when to fold. The article muddles the poker analogy a bit, by stating that poker will also teach marketers when to “double down” which is a blackjack action and not from poker.

Nevertheless, the marketers were inspired by poker professional Andrew Robl who offered six key traits that make for a great poker player, which according to the marketing gurus, are six key strengths that can be tied to successful individuals in their industry.

The first trait identified by Robl is experience. There’s little doubt a poker player who has played millions of hands will be better at the game than a neophyte. Marketers may not need millions of projects to be successful, but they certainly need experience before understanding when to bet big.

Intelligence is another key trait identified for both poker players and marketers. It’s stated that the best poker players have the ability to adapt to their opponent by reading adjustments. According to the article, even elite marketers will struggle with measuring effectiveness and adaptation.

Surprisingly, an important skill for top poker pros identified was social and networking abilities. Robl stated that poker players improve by connecting with other top players and get their way into the right games for maximum profits. Basically, being social and networking opens doors, a skill definitely not lost on marketing types.

Not to be confused with intelligence, a willingness to learn was another key to success. Pro players see every game as a lesson to improve their game and learn more about their opponents. In the business world, top performers have to pay close attention to the audience and competition.

Another very important skill was the ability to control emotions, otherwise known as tilt control in the poker world. Those that can control tilt and not let their emotions run wild and distract from optimal play are hallmarks of the best pros. Marketers too have to take it easy and ride out variance and practice patience.

Finally, and perhaps most interestingly, the final skill is for both poker players and marketers to have “a sick amount of gamble in them” to success.

According to Robl and the business professionals, even the best plan and teams have to be willing to take a huge risk and let the chips fall where they may. In conclusion, it was stated that the best marketing professionals understand that their business is much more than mere luck.

To succeed, a high level of perceptivity must be gained and a mastery of the skills above put professionals, be it business people or poker pros alike, in the best possible position to succeed.

decades ago poker pro Bobby Baldwin moved to the business world, and did quite well for himself.