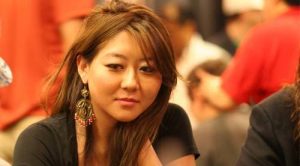 Maria Ho will host a Twitch show for Poker Central, one that will integrate programming from the television network. (Image: CardPlayer)

Poker Central, a 24-hour all-poker television network planned for launch later this year, is one of the most exciting developments in the poker world this year, and the explosion of poker streams on Twitch has been just as influential in the industry.

Perhaps, then, it shouldn’t surprise us that those two media outlets are going to be integrated in order to produce even more poker content.

Poker pro Maria Ho is slated to be the host of “Poker Central Live with Maria Ho,” a live show that will be broadcast via Poker Central’s channel on Twitch.tv.

The show will combine Ho’s poker play and interviews with celebrities, including many from outside the poker community.

“We are excited to welcome Maria Ho to Poker Central,” said Poker Central CEO Clint Stinchcomb in a statement. “As one of the best female poker pros in the world, her knowledge of the game, and her great personality and charm, make Maria a welcome addition to our team.”

The show seems to be designed to take advantage of Twitch’s unique ability to engage viewers, while also promoting the Poker Central Network.

The show is expected to steam for several hours a time, on multiple days each week, and will feature clips from Poker Central’s television programs in order to give online viewers a taste of what the network has to offer.

“From Day One, Poker Central will be available internationally, through multiple platforms, and will include interactive, fun programs like Maria’s new show,” Stinchcomb said. “Poker Central Live with Maria Ho is just one example of how Poker Central plans to use social media to promote the network and our distribution partnerships.”

Ho also expressed excitement, both for her partnership with the network and for the opportunity to interact with fans via Twitch.

“I’m so thrilled to be a part of Poker Central’s vision to drive and broadcast innovative programming through various platforms,” Ho said. “I can’t wait to interact via Twitch with poker fans from all over the world and bring a glimpse of the poker world and its culture into their homes.”

Ho is one of the most respected female poker players in the world, having won more than $1.7 million in her tournament career according to the Hendon Mob database.

Poker Central has been busy producing original content in recent months. Two announced series are scheduled to debut on the network early next year: “Pokerography” and “Inside Poker.”

Pokerography will feature an in-depth look into the lives and careers of a number of professional poker players, including interviews with family, friends, and rivals.

Players who are slated to be featured on the show include Phil Hellmuth, Antonio Esfandiari, Vanessa Selbst and Jason Somerville.

Inside Poker is a newsmagazine-style show that will be hosted by tournament director and Poker Hall of Fame nominee Matt Savage. The show will feature conversations with figures from the poker industry, as well as stories from major poker events throughout the United States.

I love them so much! I watch every single video of them that I can find on YouTube. Thank you for this