As millions of people prepare to fill out their NCAA tournament brackets, the Duke Blue Devils are coming into March Madness as the biggest favorites since the Kentucky Wildcats in 2015. 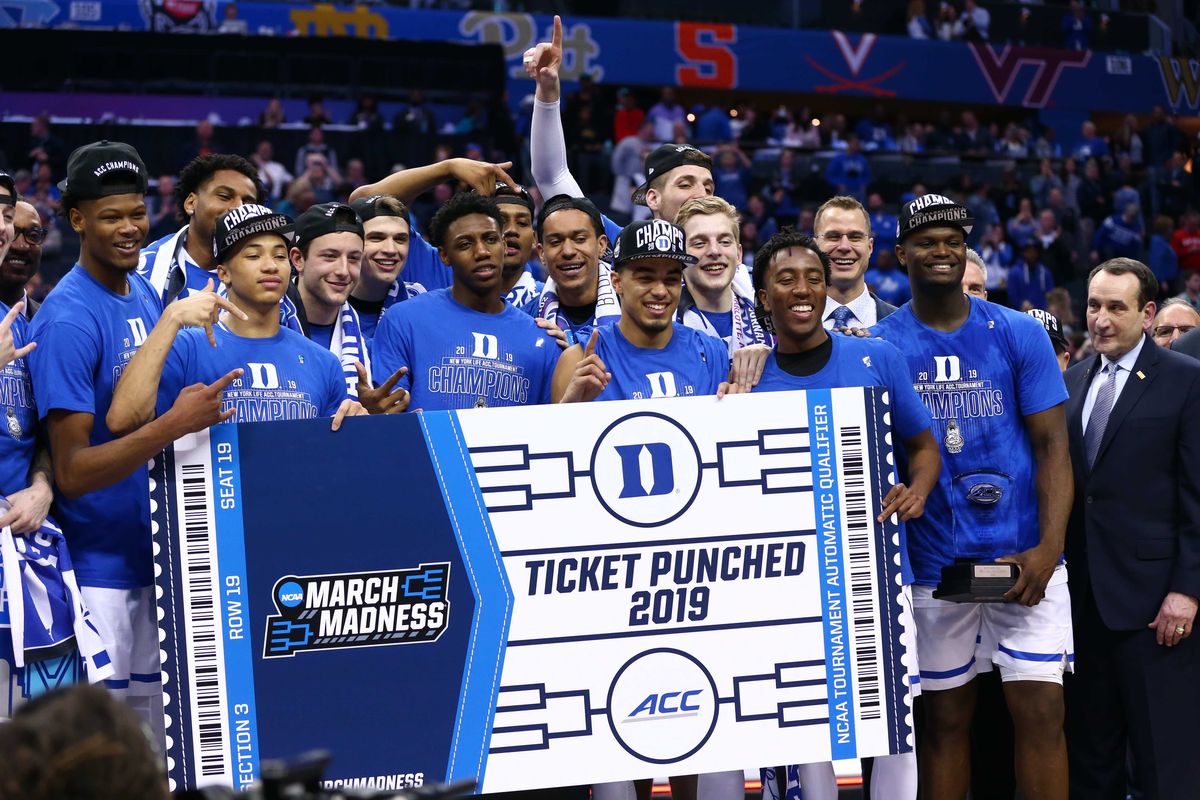 The Duke Blue Devils are entering March Madness as the biggest favorite to win the tournament since 2015. (Image: Jeremy Brevard/USA Today Sports)

As many as one in five adults are expected to have some sort of bet on the NCAA tournament this year, according to a survey released by the American Gaming Association (AGA) on Monday.

That number includes the forty million Americans who are expected to fill out brackets for various pools amongst friends and colleagues across the country, as well as another 18 million adults who will place their bets with bookmakers – either legally or illegally – across the United States. In total, the AGA is expecting $8.5 billion in March Madness wagering.

“Unlike any other sporting event in the country, March Madness attracts millions who fill out brackets, make casual bets with friends or wager at a legal sportsbook, which Americans can now do more than ever before,” AGA president and CEO Bill Miller said in a statement.

The Morning Consult survey, which used a sample of 11,002 adults contacted from March 1-7, also found that 29 percent of respondents were picking Duke to win the national championship.

Duke Ahead of the Field at Sportsbooks

That’s largely in line with what bookmakers believe will happen. Duke (29-5), the No. 1 seed in the East, is the consensus favorite across numerous sportsbooks. Odds on the Blue Devils winning the tournament are similar at most oddsmakers, with William Hill offering 15/8 on Duke, while the Westgate Las Vegas SuperBook has the school at 2/1.

That puts the Blue Devils ahead of other contenders like Gonzaga (5/1 at the Westgate SuperBook), North Carolina (6/1), and Virginia (8/1).

Duke doesn’t have a first-round opponent yet – the Blue Devils will play the winner of a First Four game between NC Central and North Dakota State – but it will likely be a favorite of more than 30 points over either of their potential adversaries.

That doesn’t exactly make betting on Duke’s first round game very compelling for the average bettor. Instead, most of the single-game action will be on the relatively even matchups between mid-ranged seeds.

The most bet on NCAA Tournament game so far is the Oregon-Wisconsin game. Not a surprise since the public is excited about the Ducks 8-game winning streak. William Hill though says while 70% of the tickets are on Oregon to cover as 1-point dogs, only 57% of the $ is on UO.

Darren Rovell of The Action Network reported on Twitter Tuesday that the matchup between the No. 5 Wisconsin Badgers and the No. 12 Oregon Ducks has attracted the most betting at William Hill, with the public lining up behind the Ducks to pull off the virtually annual 12 vs. 5 upset. At the Westgate, Wisconsin is a slim 1.5-point favorite.

For most Americans, the traditional way of gambling on March Madness is by filling out a complete bracket and desperately hoping their chosen champion isn’t eliminated on the first weekend. That’s a pastime even for serious gamblers, with Phil Hellmuth sharing his personal bracket – with Duke as his tournament winner – in a “Poker Players” pool he’s participating in.

My official @NCAA “March Madness” bracket has been submitted to the “Poker Players” pool. I have Duke/North Carolina in the finals…Would be the 4th time they played this year.. pic.twitter.com/k8MIvUv40t

Hellmuth’s pick will have plenty of company. According to an ESPN report, 53.9 percent of the first 1.3 million brackets submitted in its Tournament Challenge had Duke winning the tournament.