Macau’s gambling revenue continued to slide in 2016, but a few successful months at the end of the year showed that the market may be starting to stabilize.

With the turn of a new year offering a chance to reflect on what’s occurred in the previous twelve months, Macau’s government has released 2016’s gambling figures. 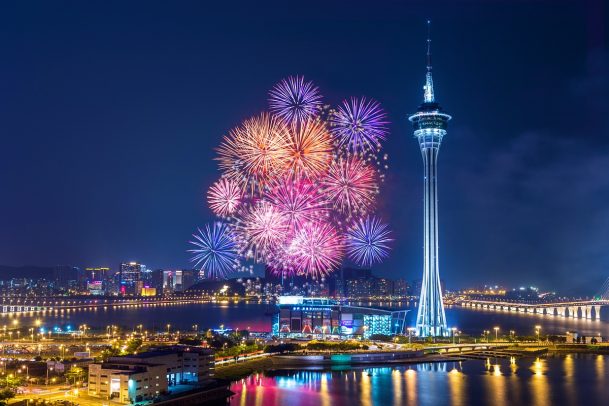 Macau’s gambling revenue drops for the third consecutive year, but there is hope on the horizon. (Image: lonelyplanet.com)

In line with analysts’ predictions, the $28 billion haul was a decrease of 3.3 percent compared to 2015.

To make matters worse, the latest annual revenue haul is 34 percent lower than the cash raked in by Macau’s 12 operators in 2014. But, despite these continued losses, things could be looking up for the beleaguered gambling enclave.

A Change of Strategy Pays Off

Ever since China’s President, Xi Jinping, made gambling his focus, Macau’s economy has suffered. With high stakes junkets shutdown at every turn following allegations of corruption, the top operators in the region have been forced to find new ways to appeal to customers.

Thanks to the introduction of “tourist friendly” features, such as shows and entertainment, more tourists from outside of China have visited Macau in recent months. According to December’s balance sheet, Macau’s year-on-year revenue increased by 8 percent to $2.48 billion.

This mini-revival at the close of 2016 wasn’t enough to stop an overall decline, but it has prompted analysts to suggest that the market has finally bottomed out.

“Macau gaming, now firmly at the bottom of the cycle, has better long-term prospects given investments in new supply, improvements in mass market indicators and under-penetration of gaming throughout the rest of Asia,” said a note from analysts, Fitch.

2017 Could Reverse the Downswing

With signs of the market starting to stabilize, 2017 could finally be the year when Macau breaks its annual downswing. In fact, another factor working in Macau’s favor moving forward is the government’s shift in focus.

Although President Jinping will still have one eye on the exploits of the region’s high rollers, the country has more pressing issues. In January 2016, China’s currency and stock market crashed, which caused a wave of panic to spread across the financial world.

Since then, President Jinping has managed to avert a major crisis, but analysts believe that there could still be problems on the horizon. With Jonathan Anderson, principle at Emerging Advisors Group, suggesting China’s economic growth targets are “unrealistic,” it’s likely President Jinping will have to spend more time addressing these issues and worry slightly less about gambling.

In the end, this could give Macau’s operators enough freedom to attract more VIPs and, in turn, generate more revenue throughout 2017.