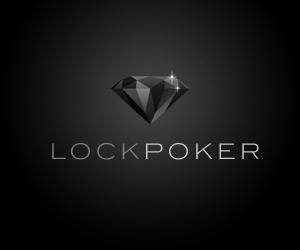 Lock Poker appears to have disappeared, along with its customers’ funds, but why did the site’s Curaçao regulator take no action against it? (Image: Lock Poker)

Lock Poker has been offline for three days, leading to speculation that the pariah poker site has shut down permanently.

Lock has been suspected of insolvency for some time. Earlier this month, it reached the dubious milestone of a whole year since its last processed cashout, and it’s believed that the site owes its former players millions of dollars.

TwoPlusTwo forum posters alone have recorded around $1 million in unprocessed cashouts owed to some 400 players. These players have reported full balances closer to $2 million, and Rakeback.com believes the entire amount owed to be somewhere around $15 million.

Players first began reporting problems with cashouts around two years ago. Up until that time, Lock had been the leading US-facing offshore site, and had exploited the vacuum left by the hasty departure of PokerStars and Full Tilt after Black Friday by marketing expensively.

It had a large roster of sponsored pros, from Annette Obrestad to Michael “The Grinder” Mizrachi, and its Lock Challenge promotion was hugely popular with online poker players.

Soon, however, complaints of slow cashouts began to grow, and a breakdown of communication between the operator and its customer base instilled further alarm. By early 2013, it was clear that something was seriously wrong, and players began selling accounts on the secondary market for well below face value.

Going back further to May 2012, Lock left the Merge Gaming Network, announcing that it would be acquiring the assets of the Cake Network to form the Revolution Network.

“Many exciting changes will be coming as Lock moves to its own platform…,” trumpeted Lock in a press release. “Lock has elected to exercise its right to terminate the contract [with Merge] as a result of the numerous and ongoing breaches of contract by the network operator.”

However, Merge claimed that it had been forced to segregate Lock’s players from others on the network due to “lack of payment to the network and a large growing debt.”

More recently, player liquidity had almost completely dried up for Lock. Before it was kicked off the Merge Gaming network, the site had a 400-player seven-day cash game average. More recently, the room struggled to average 50 players, a number of whom were suspected of being shills, i.e., paid by the management to encourage others to play.

Lock was continuing to accept deposits from players, right up until the bitter end, when it went offline on Friday morning.

If Lock has, indeed, closed down, serious questions must be asked of its Curaçao regulator, which has apparently done nothing to reprimand the rogue poker site or to help its victims recover their funds.

What worthless scumbags!! Taking deposits right up to the minute they closed the doors.

I feel sorry for all those players (myself included), I recall when CC had free rolls on this site, and I built my roll up to $275 and requested a cash-out, that was March 2014. I sent them emails, spoke with the customer service reps, and even stated in one email “If you’re gonna rob me atleast be forth coming about It, It’s only $275 and If you as a poker site need It more than me, lol, than you’re really sad to have too do that. The rep replied with something down the lines of we are not robbing anyone, and we do apologize for the inconvenience and blah blah blah.