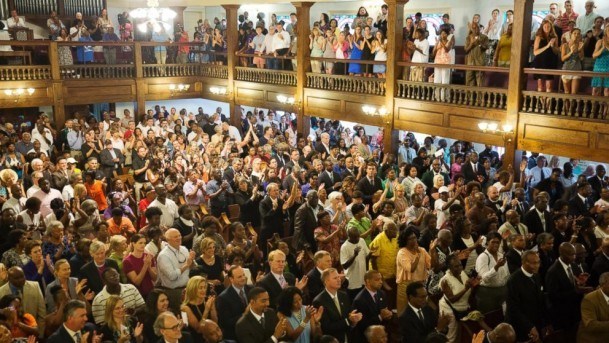 Senator Lindsey Graham of South Carolina introduced RAWA to the Senate while Congress was adjourned, as many went to the AME church out of respect for victims of the Charleston massacre. (Image: David Goldman/AP)

RAWA, aka the Restoration of America’s Wire Act, was quietly introduced to the Senate by GOP presidential hopeful Lindsey Graham on Wednesday.

The bill, which was presented to the House at the beginning of the year by Representative Jason Chaffetz, would ban online gambling at a federal level, with the exception of horseracing and fantasy sports. It is supported by Marco Rubio, who is also running for president in 2016 on the Republican ticket.

But Graham was slammed yesterday by John Pappas of the Poker Players Alliance, who questioned the timing of the bill. Congress had adjourned early so that politicians would be able to attend services in South Carolina to commemorate the Charleston shooting victims, and South Carolina is Graham’s home state.

“As the eyes of the nation are focused on South Carolina following the recent tragic event, I think I speak for most Americans when I express profound disappointment in Senator Graham for choosing this time to advance a bill for the sole benefit of a billionaire political donor,” said Pappas.

Graham has denied that his enthusiasm for RAWA is linked to possible campaign donations from billionaire casino mogul Sheldon Adelson. 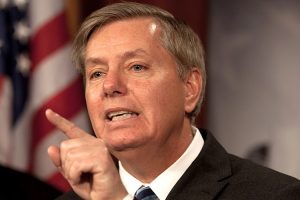 John Pappas of the Poker Players Alliance criticized Graham, above, saying “Americans who want to play poker online [should] have a safe way to do so.” (Image: Jeff Malet/Malet Photo)

While Adelson has yet to pledge support to one specific candidate, he has vowed to spend “whatever it takes” to eradicate online gambling in the US, and Graham’s interest in the issue coincided with Adelson’s decision to contribute to his reelection campaign last year.

“Sheldon Adelson’s power over politicians, especially those running for president, is significant, but Congress must show it is stronger,” warned Pappas. “Online poker licensing and regulation is the only way to ensure consumers are protected and Americans who want to play poker online, have a safe way to do so.”

This was the same day that Pappas was in California to testify at a hearing of the state’s General Assembly Committee on Governmental Organization on the regulation and legalization of online poker.

“As a player organization, the Poker Players Alliance takes consumer protections very seriously,” he told the hearing. “Given the unjustifiable position of Internet poker prohibitionist, I would argue that we are advocating for a far more reasonable and effective approach to consumer protections than those who would simply stick their heads in the sand.”

Due to a lack of consensus among California’s gambling industry stakeholders, a bill to regulate online poker is very unlikely to be passed by the state’s legislature this year. It appears that RAWA probably stands even less of a chance to be approved by Congress.

Tainted by accusations of cronyism and of interference with states’ rights, it remains an unpopular piece of legislation on Capitol Hill. California’s stakeholders will hope this is indeed the case, or their bickering will cost them dearly.