When Libratus beat four established poker pros, it not only shocked the community but paved the way for a new generation of artificial intelligence (AI) challenges. 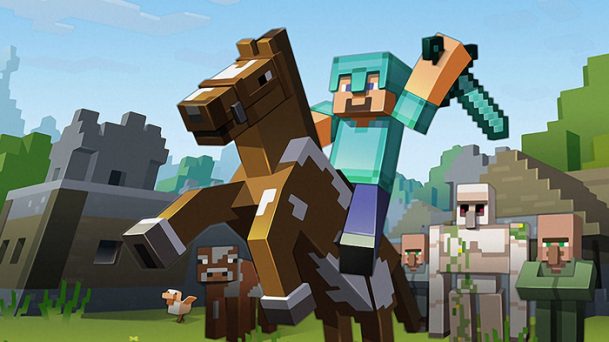 Although the pursuit of truly intelligent computers is one that’s raged on for decades, 2017 was seen as one of the seminal moment in the field.

Much like the time Deep Blue beat Russian chess expert Garry Kasparov in 1997, Libratus showed us that AI computers are capable of outthinking humans.

With the world now in awe of yet another technological breakthrough, Microsoft has decided to strike while the iron is hot and offer researchers another challenge. Although the stakes are a lower (the Libratus challenge had $120,000 up for grabs), Microsoft is offering three prizes of $20,000 each for the best Minecraft bots.

The new challenge is part of the computer company’s Project Malmo which launched in 2015. Essentially a testing area inside the Minecraft world, Project Malmo has been described as a “sophisticated AI experimentation platform.”

For those that have never played it, Minecraft is a game where players can build structures, collect resources, explore new environments and stage battles in a 3D procedurally generated world. As of 2017, 121 million copies of the game have been sold worldwide, but it’s the infinite number of variables that make it a tantalizing proposition for AI researchers.

“Unlike other computer games, Minecraft offers its users endless possibilities, ranging from simple tasks, like walking around looking for treasure, to complex ones,” according to Microsoft.

AI Trying to Conquer the Unknown

Much like No Limit Texas Hold’em is a game of unknown variables that simple computer programs struggle to process, a game of Minecraft can take a number of different turns. Because of this, it makes the perfect game to help move AI technology another step forward.

With this in mind, Microsoft wants research students to create a bot that’s able to co-operate with a human player. Each bot entered into the challenge will be assigned a random player. At this point, the three bots that are able to act, react and co-operate with their partners in a “natural” way will be deemed the winners.

In contrast to the Libratus challenge where the aim was to beat the human opponents, Microsoft wants to see if computers can mimic human behavior and work in tandem with non-synthetic entities. If this is possible, then it could open up a host of new technological opportunities.

However, whatever the outcome of the challenge, AI will be the ultimate winner and that could mean we might be faced with an even more advanced poker bot in the coming years