After being hit with a lawsuit in Clark County court over alleged non-payment of a $3 million poker debt, casino owner Leon Tsoukernik is countersuing high stakes poker pro Matt Kirk and the Aria casino in Las Vegas for $10 million. 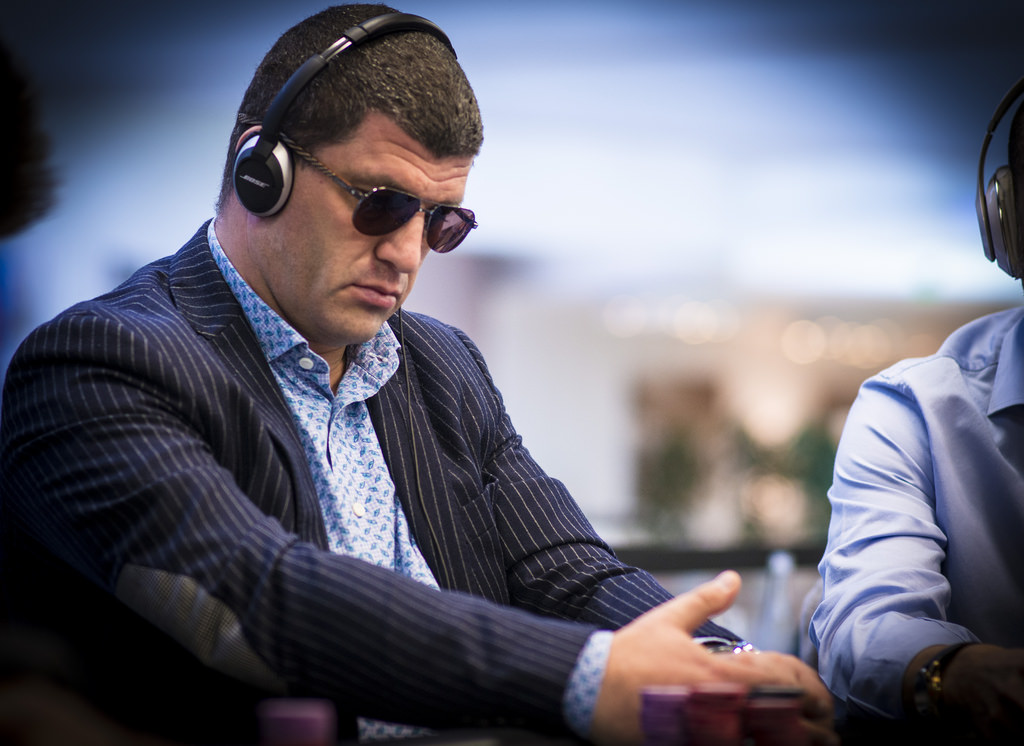 Leon Tsoukernik says it was Matt Kirk and the Aria’s fault he lost $3 million in the Ivey Room in May, and now he’s suing them for $10 million on the grounds that they’ve made him look like a shady character. (Image: World Poker Tour)

Tsoukernik, owner of King’s Casino in the Czech Republic, site of the 2017 World Series of Poker Europe, is claiming that his heads-up match with Kirk in Las Vegas back in May was tainted by alcohol, and that Kirk and the Aria worked together to encourage poor judgment.

According to the counterclaim, “Tsoukernik acted under duress and, due to outside forces, was left without any ability to avoid any damages alleged.”

Kirk filed a lawsuit against Tsoukernik in June, and at an October hearing District Judge Linda Marie Bell asserted that gambling debts between players were not enforceable according to Nevada law, but she did let the case go forward on grounds that Kirk had a reasonable claim for fraud and unjust enrichment.

Not Fit to Play?

Tsoukernik is claiming that he wasn’t in a fit state to be playing for high stakes, and Kirk “induced” him to continue, an effort he alleges the Aria supported. He claims that members of Aria staff actively stopped people from taking Tsoukernik out of the game. He also claims that he was unfairly fatigued, as the game took place in the wee hours of the morning.

In the game in question, Tsoukernik lost $3 million to Kirk in the Ivey Room at the Aria in about an hour starting around 4 am. In that time, Kirk loaned him $500,000 twice, and $1 million twice so he could keep playing.

Witnesses and security cameras saw the transactions take place. After negotiations and a series of text messages, Tsoukernik paid Kirk $1 million but refused to pay more.

Tsoukernik is now accusing Kirk and the Aria of neglect and manipulation. In his counterclaim, the casino owner alleges he was not only extremely tired, but also unable to read his cards properly because he was given too much alcohol by staff at the Aria.

Adding to Tsoukernik’s defense are claims that he was actually the victim of fraud because Kirk did not disclose the nature of his backing arrangement that allowed for him to play at such high stakes.

Tsoukernik is claiming damages for defamation of character and emotional distress on grounds that Kirk’s allegations have caused harm to his reputation, and hurt his business as some pros were choosing not to play in events and games at his casino as a result of Kirk’s actions.

Since Kirk filed his lawsuit, another pro, Elton Tsang, has accused Tsoukernik publicly but not in court that the King’s Casino owner pulled the same stunt on him in Monte Carlo in 2016. Tsang alleges that Tsoukernik backed out of $2.4 million in at-the-table loans.

Such loans, while not generally enforceable according to European and American law, are somewhat common in high-stakes games where players regularly put both money and honor on the line.