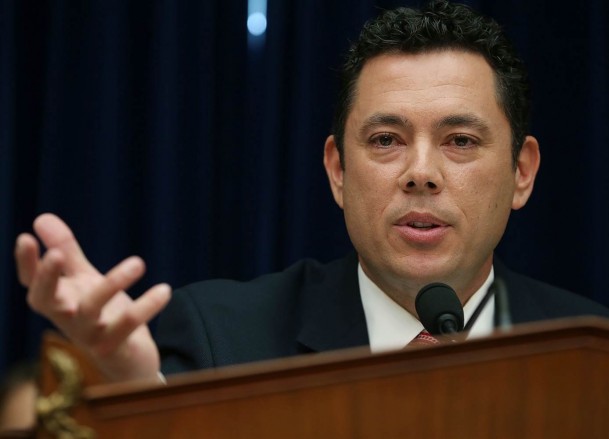 Utah Rep. Jason Chaffetz is urging his House Oversight and Government Reform (OGR) colleagues to back RAWA, a bill that would outlaw Internet gaming across America. (Image: patriotupdate.com)

RAWA, the Restoration of America’s Wire Act, had its second try in Congress on Wednesday as the House Oversight and Government Reform (OGR) Committee listened to testimony on the merits of passing the legislation that would ban all forms of Internet gambling on the federal level.

The bill, authored by Rep. Jason Chaffetz (R-Utah), who also chairs the OGR, has been passed around Congress since its introduction last February. In April, the House Judiciary committee held a hearing on the proposition officially titled HR 707, but little momentum arose.

Chaffetz began Wednesday’s hearing by expressing his belief that the 2011 Department of Justice’s Office of Legal Counsel (OLC) opinion that the Wire Act applies explicitly to sports betting and not Internet gambling is inherently flawed.

“You don’t just unilaterally change the law with an OLC opinion,” Chaffetz said. “If somebody wants to come in and pass a piece of legislation and change the way we’re going to do this, then introduce a bill and pass it.”

Majority of Witnesses Back RAWA

“We suspect online casinos, like physical casinos, are potentially susceptible to criminal schemes and money laundering schemes because of the possibility of criminal actors hiding their identity,” Campbell said in his opening.

Chaffetz echoed Campbell’s concerns by saying that gambling has been fined for wrongdoings more heavily than any other sector, except the financial industry.

Rep. Bonnie Watson Coleman (D-New Jersey) probed Campbell for specific cases on the FBI leading to successful convictions of a regulated gambling operator, but received none.

“You have not come here today with any particular knowledge about problems … in the three states that have regulated online gambling, is that right?” Coleman asked. “That is correct,” Campbell answered.

Campbell was overall a disappointing witness who largely dodged questions, repeatedly saying he could provide additional information at a later date.

The South Carolina attorney general was the most outspoken advocate for RAWA at the hearing.

“Overnight, a DOJ attorney transformed casino gambling from a tightly controlled activity requiring interstate or international travel for South Carolinians to an app on a smart phone available 24/7,” he testified.

Wilson defended his position to fellow Palmetto State colleague Rep. Mick Mulvaney (R-South Carolina) when asked about the Tenth Amendment and the protection of states’ rights, although it was a bit confusing, considering that RAWA’s end result would be to unilaterally ban online gambling in all 50 states.

“I just believe at the end of the day that online gambling is a very unique industry… I believe under the Tenth Amendment that states should be able to outlaw Internet gambling.”

Mulvaney and Chaffetz then got into a heated exchange when the former requested time for one more question.

“Oh come on, you took like 10 minutes,” groaned Mulvaney, to which Chaffetz responded, “I know, and I didn’t ask any questions.”

The county attorney for Douglas, Nebraska, Kleine was a rather odd choice for a witness, as he has little background in gambling and even admitted his office is “focused on violent crimes, rather than online gambling.”

However, he did express pro-RAWA sentiments and mirrored Campbell’s notions about the challenges of regulating online gaming.

“Any smartphone, tablet, or laptop can be a vehicle for online gambling and it is virtually impossible to pinpoint players,” Kleine said.

Rep. Ted Lieu (D-California) disputed those claims, which Wilson had also alleged. “Thank you Mr. Wilson and Mr. Kleine … I have no doubt that you believe in your testimony, but I do need to point out that parts of your testimony was simply wrong.”

“The notion that you can’t pinpoint location is simply incorrect,” Lieu said. “Just look at your GPS on your smartphone.”

Nevada State Senator Mark Lipparelli was the lone witness that seemed, not surprisingly, adamantly against passing RAWA. One of the key legislators that brought online poker to Nevada, Lipparelli responded to many of Chaffetz’s claims.

Lipparelli pointed out that the $1 billion in fines the government has received from gambling operators are from companies like PokerStars coming forward to make good on their formerly rogue activities.

He also addressed concerns over a minor accessing a parent’s phone and spending thousands of dollars by saying, “That risk exists within all consumer businesses to the extent you’re transacting.”

The majority of OGR members asking questions seemed to be against the federal government intervening in states’ rights when it comes to online casinos.

That doesn’t mean Chaffetz is ready to waive the white flag, but at least for this year, online gamblers have dodged that potential federal bullet. And the representative adjourned yesterday’s meeting without indicating what might come next.