The Las Vegas poker community was on tilt Tuesday night following the Golden Knights’ stunning overtime defeat to the San Jose Sharks in the decisive Game 7 of the Stanley Cup Playoffs first round. Daniel Negreanu and others blamed the refs for making a questionable call during regulation. And they might have a legitimate gripe. 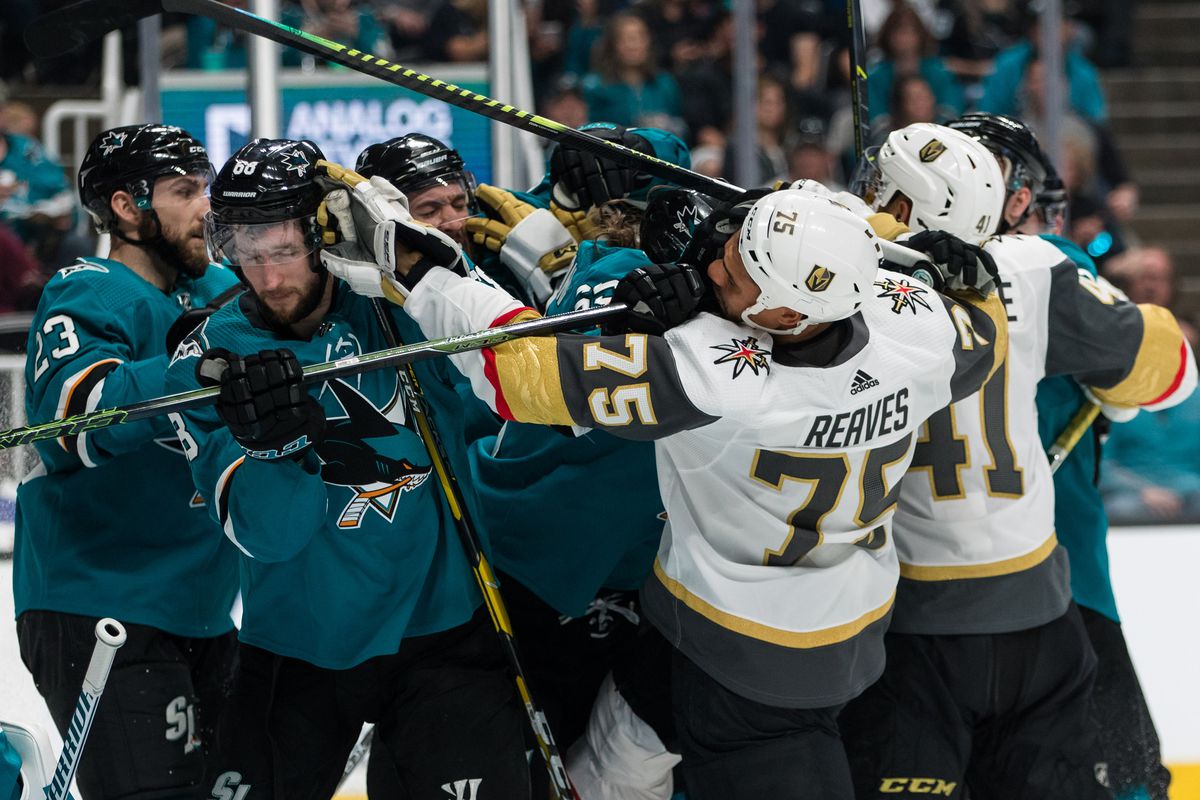 Vegas was cruising to victory in the third period with a 3-0 lead. It appeared the Knights were only moments away from moving on to the next round. But then it all came crumbling down thanks to some poor defense and, perhaps, even worse refereeing. And the poker community is angry.

With 11 minutes remaining in the third period, Golden Knights fans were busy getting ready for a second round match-up against the Colorado Avalanche. And then the unthinkable happened.

Vegas’s Cody Eakin was called for a major penalty on a faceoff when he cross-checked San Jose’s Joe Pavelski in the chest. Paul Stastny then sent Pavelski to the ground, head-first, causing a bloody mess on the ice.

That sounds quite gory and violent but the replay didn’t indicate malicious intent by Eakin. The refs, however, disagreed and gave Eakin a five-minute major penalty.

Many fans watching the game – not just Golden Knights fans – ripped the refs for making that call. Some fans on social media argued that it not only wasn’t a major penalty, but no penalty whatsoever should have been called.

After that questionable call, Vegas’ 3-0 lead quickly turned into a 4-3 deficit. It all happened so fast that Golden Knights fans were in shock.

But then, with under a minute left in regulation, Reilly Smith found Jonathan Marchessault who shot one to the back of the net for the game-tying goal. Vegas had an opportunity to redeem themselves for the blown lead but their Stanley Cup dreams came to a screeching halt when Barclay Goodrow scored the game-winning goal in sudden-death overtime.

Daniel Negreanu, poker’s biggest Golden Knights cheerleader, tweeted often throughout Tuesday’s game. He had some choice words for the refs.

What in the actual fuck man.

Refs may just cost Vegas the game this is INSANE!!!!

I’ve never in my life seen something like this before.

Refs give out a phantom major.

I still cannot believe this.

Negreanu wasn’t the only poker player on tilt. Dan O’Brien, fresh off his Run it Up Reno Main Event title, took his anger a step further.

What an embarrassing moment for the league. Unfortunate for Sharks fans as well. Great team that doesn’t want to win that way. Hard fought series, just really unfortunate to run into an emo ref/linesman looking to make a statement. Shell shocked.

Mike Matusow, who frequently attends Knights home games, agreed with those who ripped on the refs. “The Mouth” compared the major penalty call to the horrendous missed pass interference penalty that helped propel the Los Angeles Rams to the Super Bowl over the New Orleans Saints during the 2018 NFL Playoffs.

“Now I know how the Saints fans feel,” a compassionate Matusow wrote on Twitter. He then continued his meltdown with a series of tweets. 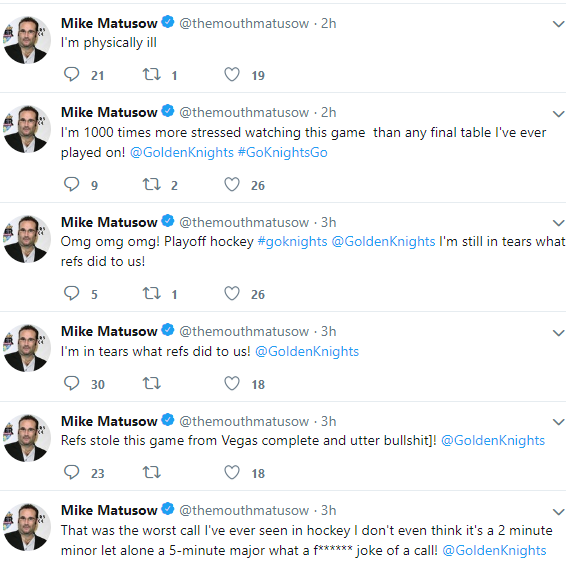 We feel you, Mikey. Losing that game the way the Knights did was as sick as a two-outer on the river to bust on the bubble of the WSOP Main Event.

Oh yeah I was looking, a recent rookie League finalist lost to sharks, I’m surprised! But I’m more surprised by the departure of Tampa. Oh yeah, something’s going on!

Horrible penalty call. I understand the NHL wants faster games, so they do not want so many video replays, but in the playoffs, you must get it right.