Landon Tice is slowly extending his lead over Bill Perkins in a high-stakes heads-up poker challenge. But he’s fallen behind the nine big blinds per 100 hands pace he needs to win the competition. 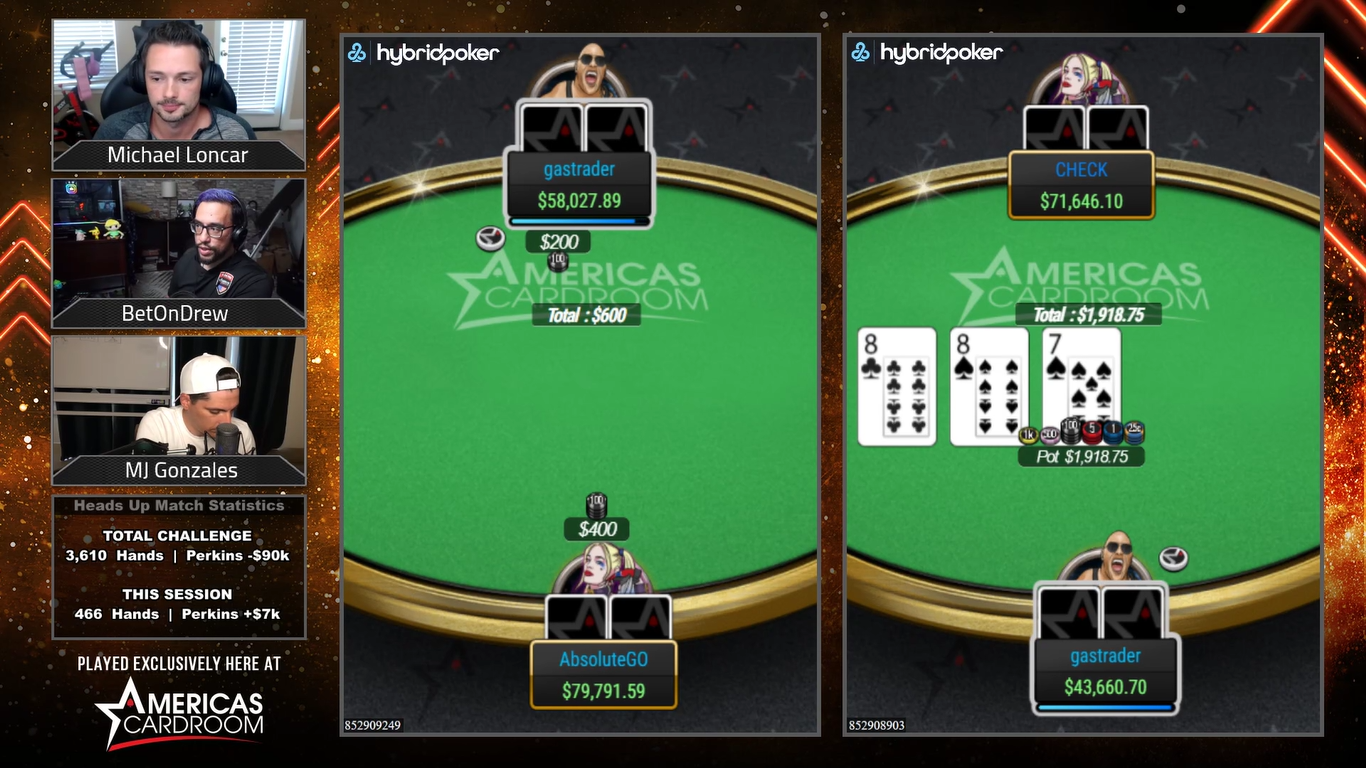 Landon Tice must pick up the pace if he expects to beat Bill Perkins. (Image: Twitch)

Through nine sessions and nearly 20 hours of play, two-tabling on the Americas Cardroom poker site at $200/$400 stakes, it’s clear that Tice is the superior No-Limit Hold’em heads-up player. That shouldn’t come as much of a surprise to anyone, considering Tice is a pro who exhaustively studies the game, while Perkins is an amateur player.

But Perkins doesn’t have to better than his opponent to win this challenge, nor does he need luck on his side. That’s because he negotiated some favorable terms that include being paid back nine big blinds per 100 hands, which comes out to $720,000 over the agreed upon 20,000 hands.

On Saturday, one day later than Day 9 was expected to take place, the players returned to the virtual felt for the lengthiest session of the match. Tice jumped out early to a large advantage — around $60,000, or 1.5 buy-ins. Perkins, however, quickly battled back to regain the lead. At one point, his lead sat around one full buy-in worth nearly $40,000.

Tice, whom we’ve already established is the better player, is a favorite in a long session. As such, he didn’t trail for long before regaining the advantage. In the end, he booked his sixth win in nine matches, this one for $16,349 over 584 hands, the most in one session to date.

Tice’s lead is now up to $112,238 over 3,728 hands, but he’s only winning at 7.53 big blinds per 100 hands. He’ll need to pick up the pace a bit over the final 16,272 hands or he’ll lose the challenge. Despite being a heavy underdog coming into the match, Perkins has held his own against a difficult, well-studied opponent.