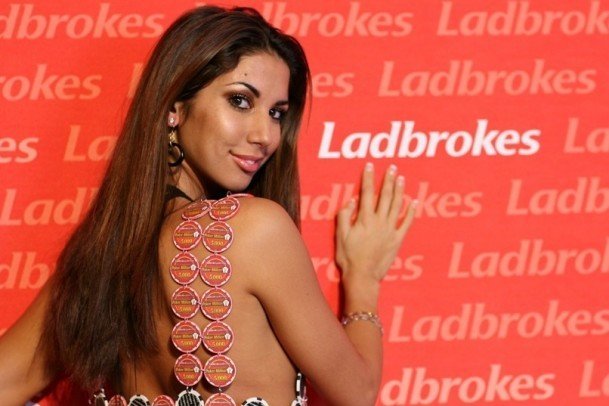 Ladbrokes and Gala Coral consider a merger which could result in a larger online poker presence for the newly formed company. (Image: Ladbrokes)

Ladbrokes and Gala Coral, two of the UK’s leading bookmakers, are considering a possible merger and it could have an impact on the online poker scene if it goes according t plan.

Talks of a deal first hit the headlines courtesy of the UK’s Racing Post after it received a quote from Ladbrokes’ CEO Jim Mullen.

Outlining the possibilities of merging the two gaming powerhouses, Mullen said that a deal could help revitalize results for Ladbrokes both online and offline.

“A merger with Gala Coral could create a combined business with significant scale and has the potential to generate substantial cost synergies, creating value for both companies’ shareholders,” Mullen told the Racing Post.

As news of the talks spread throughout the financial world, Ladbrokes’ stock price jumped by almost 20 percent to 146p. Although the price has since stabilized at 137.4p per share, the news is still being viewed as a positive step for both companies.

In addition to making the new company the largest high street bookmaker in the UK with more than 4,000 shops, the deal would see Ladbrokes and Gala Coral have a larger presence in the virtual arena. As it stands, both companies are nestled behind the likes of Paddy Power, bet365, and William Hill in the online betting rankings.

However, a merger between the two companies would give the newly formed entity and much larger client base, selection of betting options and, significantly, cash flow. Moreover, for poker players this could lead to a wealth of new options if a deal is agreed.

Although Ladbrokes Poker and Coral Poker are both part of the iPoker network, they are far from the top of the network’s traffic tree. A newly formed platform would have pulling power from two sides which could result in it becoming the dominant force on the iPoker Network.

Long Way from Pen to Paper

Despite optimism in the financial markets, Mullen exercised caution and explained that nothing is concrete. In fact, given the nature of the proposed deal, a number of logistical hurdles would need to be overcome before the transaction is completed.

According to terms of the proposal, Coral, a privately owned company, would assume control of the publicly traded Ladbrokes. In addition to this logistical obstacle, Coral is the smaller of the two companies, which would make the deal a reverse takeover.

Although these issues aren’t expected to pose a huge problem for either entity, a precedent for problems between the two companies has already been set. Back in 1998, Ladbrokes made a move for Coral with a bid worth £363 million.

However, before a deal could be agreed upon, the UK’s then-secretary for state trade and industry Peter Mandelson blocked it on the grounds that it would “damage competition” and “disadvantage punters.”

But with Mandelson now retired and online gaming changing the industry since that time, it’s unlikely the government would raise such objections if the talks between Ladbrokes and Coral progress in a positive direction.