Kristen Bicknell topped 51 players to win the $25,000 No-Limit Hold ’em even at the 2019 Poker Masters for $408,000. She rallied from a massive deficit to outlast Chance Kornuth, who has three runner-up finishes in the series. 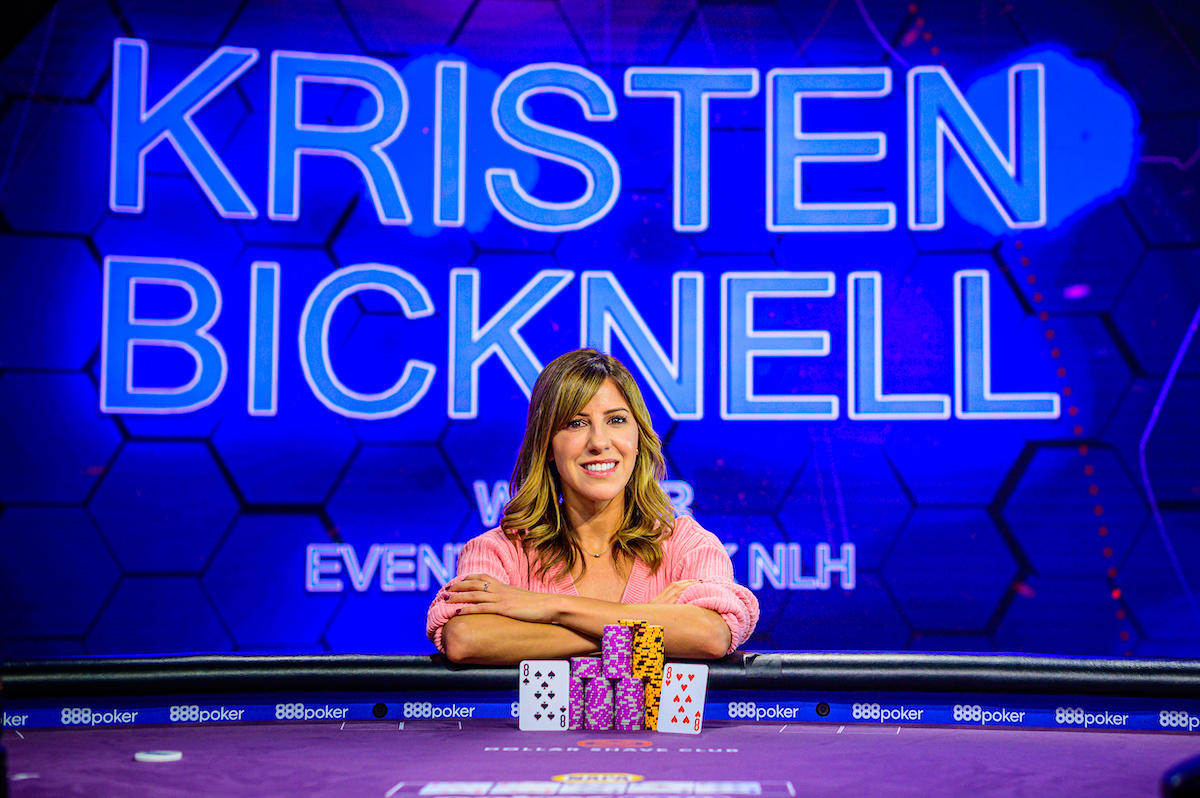 Kornuth is 0-3 in heads-up matches at the Poker Masters this past week. He lost to Isaac Baron in the $10,000 hold ’em event, CardsChat ambassador Ryan Laplante in the $10,000 pot-limit Omaha, and now  Bicknell in the sixth event of the series.

With her title on Sunday, good for $408,000, Bicknell becomes the first woman to win a Poker Masters event. The winners of the first 17 tournaments in the series, which is now in its third year, were all male.

Bicknell is arguably the top female player in the game today. She was named GPI Female Player of the Year in 2018 and 2019, and is well on her way to winning that award for the third straight year.

Kornuth seemed poised to ship his first Poker Masters event after a pair of near misses last week. He entered Sunday’s final table with a massive chip lead. The Chip Leader Coaching founder had more than half the chips in play when the final table of six began.

By the time three-handed play began, he had a 6-1 edge over both Bicknell and Imsirovic. The blinds were so large that his opponents were basically in a shove or fold situation, and Kornuth was unfortunate to run into better hands, doubling both players up in succession.

During heads-up play, Bicknell was at more than a 2-1 disadvantage. The blinds were so big that she was forced to shove or fold most hands. With the blinds at 100,000/200,000 and a 200,000 big blind ante, she moved all-in for nine big blinds with pocket sixes, and won a race against Q-9 to double-up into the chip lead.

Moments later, she was the beneficiary of a fortunate river card. All the chips were in the middle – totaling 4.1 million – before the flop, with Kornuth out in front with pocket nines against pocket eights.

The board ran out 5-4-7-A-6, giving Bicknell a winning straight to finish off the $25,000 Poker Masters event. Kornuth can’t catch a break during heads-up play. He does have 630 points for the series, however, putting him well out in front of the five players, including Bicknell, who are tied for second place with 300.

Kornuth entered Event #7, $25,000 Pot Limit Omaha on Sunday. With 10 players out of 34 remaining at the time of publishing, he had one of the biggest stacks. Perhaps, another runner-up finish is in store for the poker coach?

With her title on Sunday, good for $408,000, Bicknell becomes the first woman to win a Poker Masters event.
Awesome that great level of this great female player, congratulations