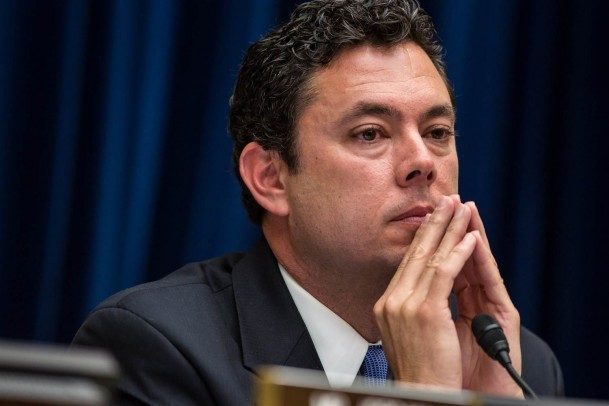 Speaking up: Jason Chaffetz is hoping he can exploit the vacuum left by Kevin McCarthy’s decision to step down from the House Speaker race. (Image: Brendan Hoffman/Getty)

House Majority Leader Kevin McCarthy’s (R-Calif.-23rd) surprise decision to pull out of the House Speaker race could have potential repercussions for America’s online gambling industry if it clears the road for Representative Jason Chaffetz’s (R-Utah).

Chaffetz is the sponsor of the Restoration of America’s Wire Act and announced his ambition to run for the speaker’s office earlier this week.

The Utah representative was described as a “long-shot” for the role, but that was before McCarthy shocked his fellow Republican’s by unexpectedly stepping down this week.

McCarthy was a shoo-in to be elected as the official Republican nominee for House Speaker, but instead delivered news of his decision at a closed-door meeting which had assembled to vote on his candidacy.

“I think I shocked some of you, huh?” said McCarthy to reporters as he emerged from the meeting.

McCarthy embarrassed himself during an interview with Fox News last week when he suggested that the true motivation for the Select Committee on Benghazi was to damage Hillary Clinton’s credentials as a presidential candidate.

While he retains a large amount of support within the GOP, enough to secure the conference vote, he was concerned that he didn’t have enough to gain the 218 votes needed to gain the speakership on the House Floor, leading him to step down.

“If we’re going to unite and be strong, we need a new face to do that,” said McCarthy, adding that he did not simply want to “squeak by.”

Whatever McCarthy’s motivation, Donald Trump is making sure he’s taking the credit. At a rally in Las Vegas on Thursday, he suggested his own criticism of McCarthy had been the catalyst.

“They’re giving me a lot of credit for that because I said you really need someone very, very, tough and very smart,” explained Trump. “You know smart goes with tough, I know tough people that aren’t smart, that’s the worst. We need smart, we need tough, we need the whole package.”

The news leaves the House in disarray and Chaffetz might just step into the vacuum.

“I really do believe it is time for a fresh start,” said Chaffetz following the McCarthy news. “That was the whole genesis of my campaign. But we need to have a lot more family discussions because we need to find somebody that our whole body can unite behind.”

Chaffetz recently chaired a hearing for RAWA on Capitol Hill during which he argued that the anti-online gambling measure was a states’ rights bill.

“I believe it’s the rights of states like Utah and Hawaii, where we have no gaming, to protect ourselves from something that we would not like to see within our borders,” he declared.

Another politician undone because he can’t keep his pants zipped.