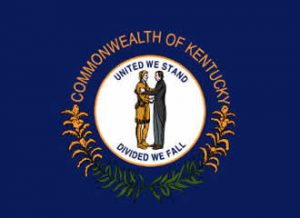 The Commonwealth of Kentucky continues to grapple with a longstanding online gambling domain case.

The latest of many setbacks for the Commonwealth of Kentucky happened last week in its case regarding the attempted seizure of Internet gambling domains. The Kentucky Court of Appeals sent the case back to the Circuit Court level to allow for the Interactive Gaming Council (IGC) to intervene and protect the domain owners from being revealed to the public.

The IGC has been fighting for the ability to protect the owners of the 132 gambling domains since the start of the case in 2008. The Kentucky Supreme Court ruled in 2010 that IGC and other groups – like Interactive Media Entertainment & Gaming Association (iMEGA) – were unable to litigate on behalf of anonymous registrants, so the case was remanded to the Court of Appeals to dismiss the writ petition. The complicated case led to further attempts to protect the domain owners, and last week’s ruling rejected the appeal to move the case forward.

It all began in 2008 when Kentucky Governor Steve Beshear decided that online gambling websites were an infringement upon his state’s legalized gaming economy that included thoroughbred racing and the state lottery. He obtained a court order to seize 141 gambling domains if they refused to block Kentucky residents from accessing their services.

The Poker Players Alliance, iMEGA, and even the American Civil Liberties Union (ACLU) stepped in to file an immediate appeal in the case. The original court order called the domains “gambling devices,” and the Court of Appeals ruled in favor of the plaintiffs that the sites were not “gambling devices” that were subject to seizure. The Commonwealth of Kentucky then appealed the case to the Kentucky Supreme Court in 2009, and a decision was handed down in March of the following year. The justices ruled that the case would not move forward until the owners of the online gambling domains came forward.

More legal action ensued to protect the owners of the domains, the number of which now stands at only 132, as some of the gambling sites have since closed or left the United States market altogether.

Last week’s ruling by the three-judge Kentucky Court of Appeals allows IGC to step in to protect the domain owners. Judge Allison Jones wrote the opinion that pointed out Kentucky’s hypocrisy of wanting to treat the domains as a group, but name them individually to keep the IGC from getting involved.

“The Commonwealth cannot now turn the tables and ask the court to require each domain name owner to come forward individually and assert virtually identical legal arguments through separate counsel to resolve threshold, purely legal issues that affect the validity of the entire forfeiture procedure,” the judge said.

The case now returns to Franklin Circuit Court Judge Thomas Wingate for more hearings. Wingate previously ruled that the IGC could not represent all of the domain names, but the appeals judgment forces him to review the case again.

Keith Furlong, CEO of IGC, said, “Obviously, we consider this a win. We are also proud to be a catalyst for this decision which provides guidance for all associations seeking to represent their members in the Commonwealth of Kentucky.”

As the Bluegrass State shows no signs of abandoning the case after nearly six years of litigation, the action continues in the Circuit Court.

It’s embarrassing to live in a state that’s a total train wreck for gambling and other rights that so called free people should have. The fact of the matter is that Kentucky politicians and majority of the citizens think gambling is wrong or a sin, etc. and should be banned, while they are most ignorant on the subject. That is of course all except their lotto and precious horse racing industry. Which most Kentuckians think isn’t gambling. Maybe before passing a judgment on it they should get educated.