The PokerStars Championship Panama, which took place at the Sortis Hotel, Spa & Casino in Panama City, spanned 11 days and hosted dozens of events.

That included several five-figure buy-in tournaments, the $5,000 Main Event, and many lower buy-in side events. There were plenty of notable winners, which we’ve recapped for you below. 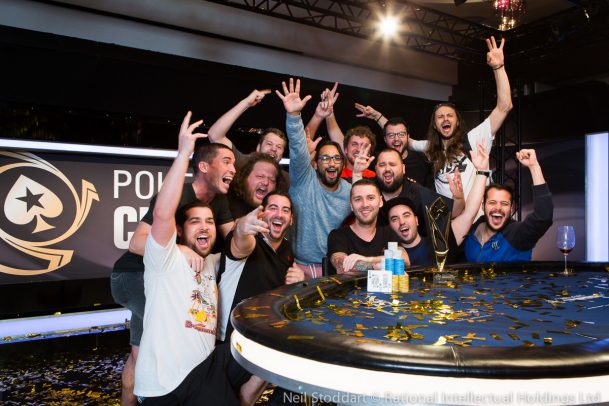 Originally from Philadelphia but now residing in Costa Rica, the 32-year-old is no stranger to PokerStars events having won the 2015 EPT Prague High Roller for $654,302. The latest mark both his second six-figure score and the second-largest cash of his career.

On its face, the PSC Panama may seem like a success, but several high-profile players have spoken out against it.

“Nobody is happy with anything PokerStars is doing,” poker pro Bryn Kenney said on Facebook on the last day of the festival. “Not only do they cut all costs now and give nothing to the players, but they don’t even honor their agreements.”

“They have said that in the $10k+ tournaments it will pay only 15% of the field and in a small $10k today they show a payout sheet that pays on average 20% of the field. I think they think everyone is stupid but what they don’t understand with their high rake and terrible service soon they won’t have an event at all.”

“I am certainly planning on less PokerStars trips and more on other tours,” he said in reply to Kenney’s Facebook post. “Panama has been absolutely awful in every way except the local staff have been friendly and tried their best.”

It will be interesting to see if player dissatisfaction affects future PSC events, including the upcoming March 30-April 9 stop in Macau.

lol finally everyones eyes opens , I never was happy with what they were doing