Despite heavy competition across the country, the Mid-States Poker Tour Meskwaki Main Event drew 405 entries (195 on Day 1A and 210 Day 1B) to Tama, Iowa. One of them was Wisconsin’s Ken Komberec, who followed in his best friend’s footsteps to capture a $93,922 first-place prize. 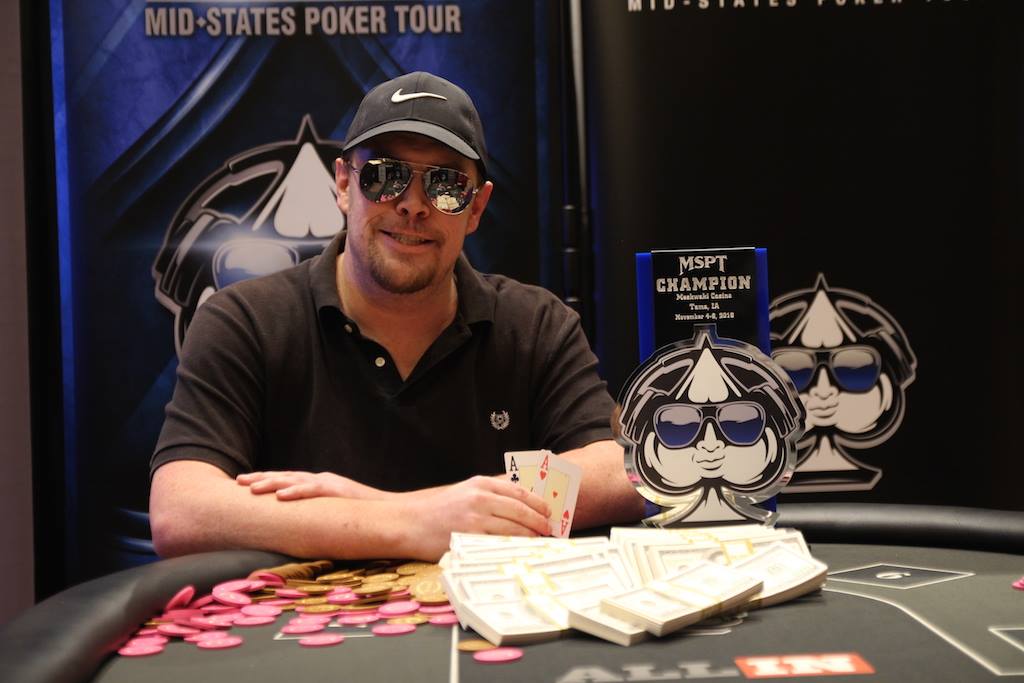 Komberec’s win came four months after his best friend, John Sun, won the 2016 MSPT Iowa State Poker Championship, which also put him atop the MSPT Season 7 Player of the Year leaderboard. Sun moved to the United States from Korea at the age of 13 and has been best friends with Komberec ever since.

A 40-year-old poker player and proprietor of midwestsportsinvestors.net, Komberec was on the rail for Sun’s win, so it was only fitting his buddy was there for him.

“Feels good. I don’t play in a lot of these, so it feels great,” Komberec said after the win. “John won here in July. Hopefully you’ll keep having us back. We’ll be playing some more tournaments in the next six months for sure.”

“I just knew he was going to do it today, I just knew it,” added Sun, who had 3 percent of his friend.

NFL Star in the Field

Another player to go deep was MSPT FireKeepers champ Aaron Massey, who is engaged in a tight race with Sun for Player of the Year honors. Massey fell in 20th place for $2,935 and 200 POY points, which brought his total up to 3,100 with three stops remaining on the calendar. Sun currently has 3,300 points.

The biggest clash of the final table came three-handed, when Tom Hammers’ pocket aces were cracked by the jacks of Komberec, who then took a more than 2-1 chip lead into heads-up play against Omaha’s Drew Woodke. The two jostled for a bit, but eventually Komberec sealed the deal when his own pocket rockets, which held against Woodke’s open-ended straight draw.

The win marked just the second tournament cash of Komberec’s career, the other being $3,528 for an 18th-place finish in the MSPT Potawatomi last season.

The MSPT continues next weekend with a $200,000 GTD Main Events at Golden Gates in Black Hawk, Colorado.

It’s very interesting and exciting, that two friends playing together, perform like this. And the most amazing … Both are champions in a matter of months! I wonder … would it relate to their game? To some magic in your strategies?