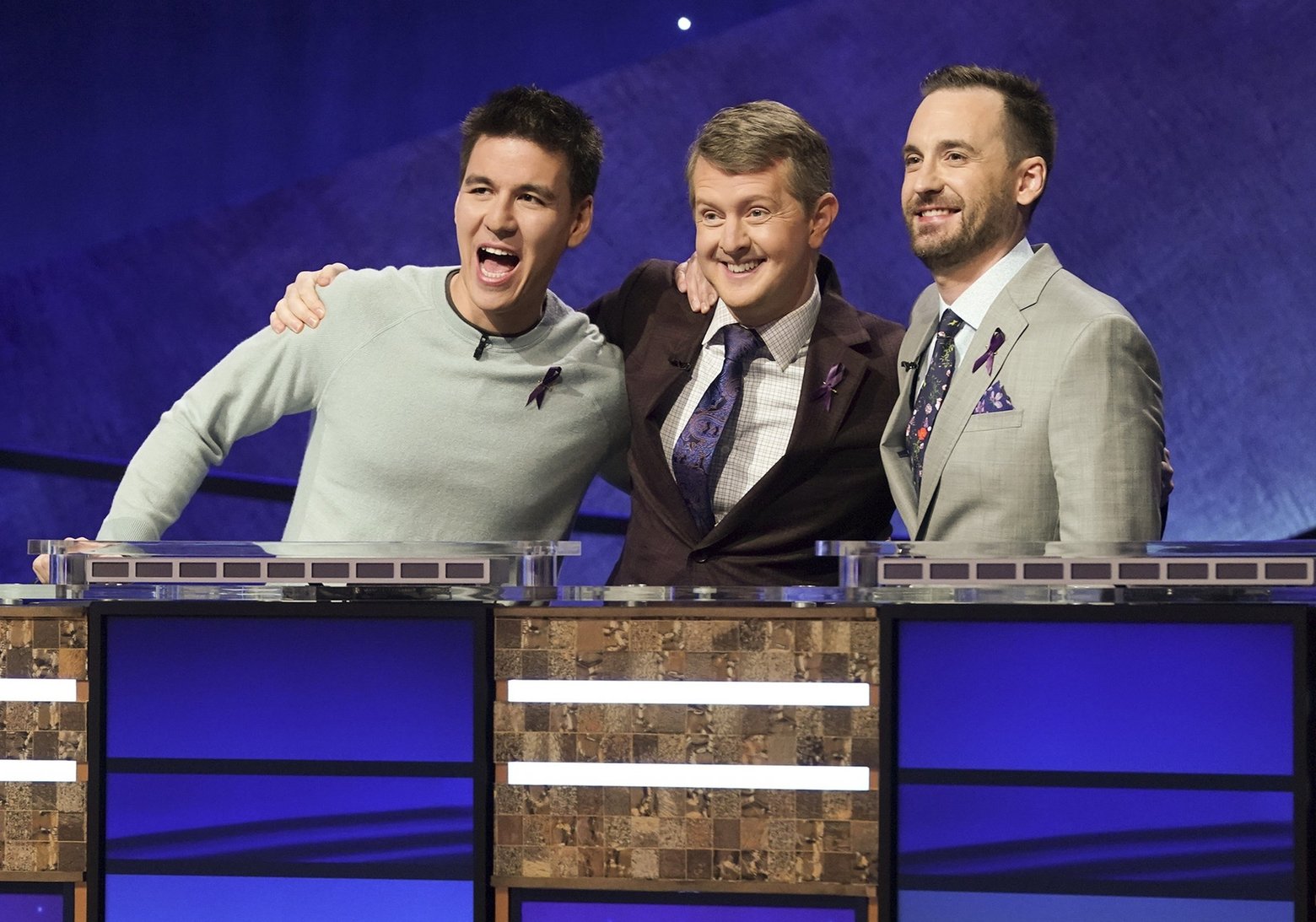 Many poker fans and Las Vegas residents were rooting for Jeopardy James. This past summer, he competed in a pair of WSOP events after winning 32 consecutive games for over $2.4 million. He also won the most recent Tournament of Champions for $1 million.

Holzhauer would like to earn another $1 million, the payout for winning the “Greatest of All-Time” tournament. But after one match, he’s in a hole against Ken Jennings.

The Jeopardy GOAT format is simple. Each day, the three competitors play two full 30-minute games of the popular trivia show. The player who accumulates the most points over those two games wins the match. Once any player has won three total matches, that trivia superstar will be crowned the “Greatest of All-Time.”

Jennings Runs Away With First Game

The first round of the first game on Tuesday night was rather impressive. The players ran the table, providing the correct question for each clue. Holzhauer held a slight lead over Jennings, and both were followed closely by Rutter.

Jennings, who famously won 74 consecutive games in 2004, then took control of the game in Double Jeopardy. He quickly polished off any rust he might have had, and took his opponents – two of the greatest trivia buffs ever – to school.

All three players correctly answered the Final Jeopardy question. Holzhauer, a professional sports bettor, risked all of his 16,600 points to double-up to 33,200, the exact score Jennings had when Final Jeopardy began. Rutter, in a massive hole at just 5,700 points, also doubled up to 10,400 to close out the first game.

But neither of those scores could match Jennings, who finished with an impressive 45,000 points heading into the second and final game of the match.

Down 11,800 with one game left, Holzhauer was still in with a chance. Rutter, however, would need a miracle to rally from such a massive deficit against this lineup.

The second game was a bit more competitive, and it finished with some exciting suspense. Rutter, who entered Final Jeopardy with 10,000 points in Game 2, incorrectly answered that ever-important last question of the night. He didn’t have much to lose, given his score was so far off the lead. He bet it all and finished with zero points in the final game, and an overall score of 10,400 for the night.

The second match of the Jeopardy GOAT tournament will air Wednesday night at 8 pm ET, and then the same time on Thursday. Unless Ken Jennings wins the next two games, the fourth episode will air at the same time on Friday. It could take up as many as seven matches to determine the GOAT, or as few as three.