Kansas City Chiefs Down to Chip and a Chair, Rally to Win Wild NFL Playoff Game

With 10 minutes remaining in the second quarter of Sunday’s NFL Playoff game against the Houston Texans, the Kansas City Chiefs were down to, in poker terms, a few big blinds. Trailing 24-0, quarterback Patrick Mahomes led his team to an improbable comeback victory, 51-31. 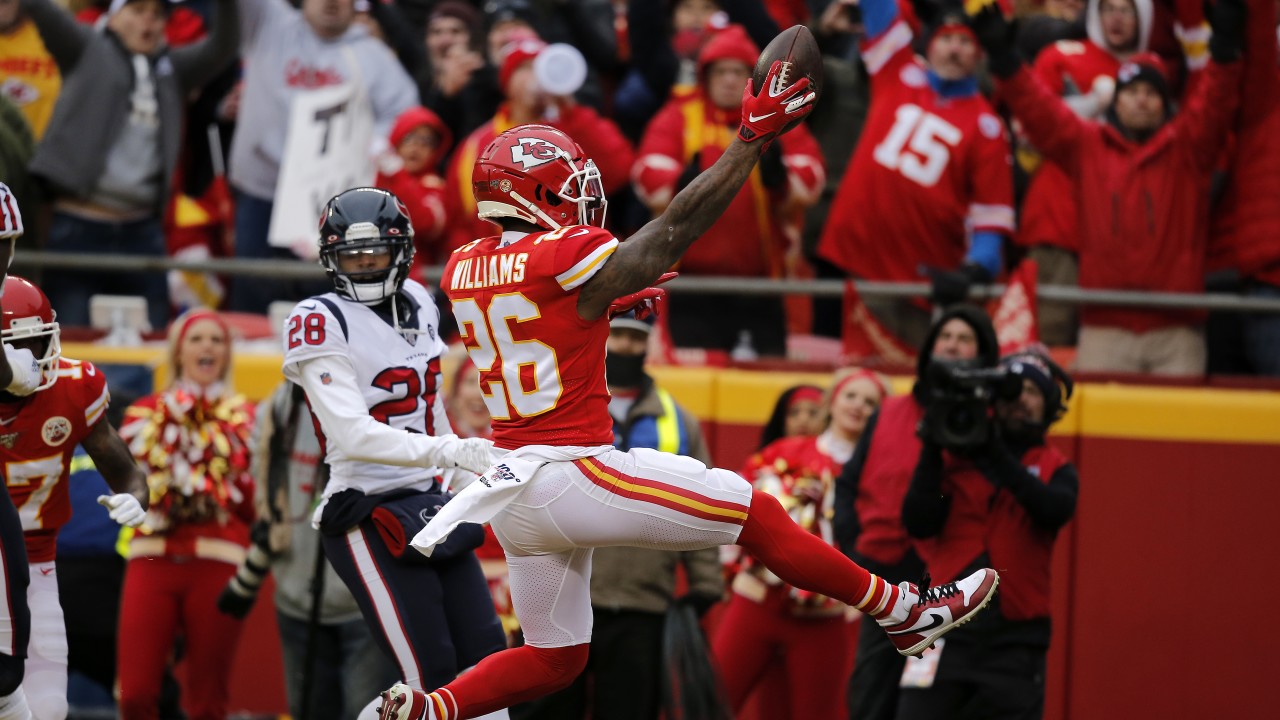 The Kansas City Chiefs rallied to win in the most improbable fashion. (Image: kshb.com)

Kansas City advances the AFC championship game next Sunday against the upstart Tennessee Titans. The game will take place at Arrowhead Stadium in Kansas City at 2:05 pm CT on CBS. The stakes are high as the winner will receive a ticket to the Super Bowl on Feb. 2.

Before Chiefs fans look ahead to next week’s big game, they’re going to enjoy Sunday’s win over the Texans, which will go down as one of the most memorable games in NFL Playoffs history.

Chiefs on the Ropes Early

Houston began the second round playoff game with a bang. DeShaun Watson connected with Kenny Stills on a 54-yard strike to open the scoring 7-0. The Chiefs had a breakdown in the secondary that left Stills wide open for an easy pitch and catch.

It was still early. Getting too excited would be like breaking out the champagne after doubling up in the first level of the WSOP Main Event. But the Texans were just getting started thanks to some uncharacteristic blunders by the Kansas City Chiefs.

On KC’s ensuing possession, the offense was unable to move the football. Houston forced a Dustin Colquitt punt that was blocked and recovered by Lonnie Johnson for a touchdown. And, just like that, the Texans were up 14-0 just five minutes into the game.

Kansas City couldn’t stop the bleeding. Later in the first quarter, after forcing a Texans punt, Tyreek Hill muffed the catch inside the 10-yard line. That set up a short touchdown to make the score 21-0. Houston would tack on another field goal at the 10:54 mark of the second quarter to make the score 24-0.

On Day 5 of the 2012 WSOP Main Event, Greg Merson was down to just three big blinds. To make a long story short, a few sessions later, he was $8.5 million richer and a world champion.

The Kansas City Chiefs were in a similar position in the second quarter on Sunday. They needed the football equivalent of a quadruple-up to get back into the game. If Merson could spin his three big blinds up into a Main Event title, the Chiefs, behind their potent offense, could battle back to beat the Texans.

The game turned around so fast that, if you blinked, you missed the rally. Kansas City, following Houston’s field goal, quickly scored a touchdown on Mahomes’ 17-yard pass to Damien Williams to make it 24-7. Moments later, following a fumble on the ensuing kickoff, Mahomes hit Travis Kelce for a 5-yard score. All of a sudden, the lead was cut to 10.

Still, the Chiefs weren’t finished. Not even close. Mahomes threw two more touchdown passes to Kelce before halftime. The Chiefs went into the locker room with a 28-24 lead. That’s 28 unanswered points in 10 minutes.

For those of you who bet on the Texans at +9.5, we hope you didn’t spend your winnings in advance. Kansas City is the first team ever to cover a double-digit spread in a game they trailed by three touchdowns or more. The odds of that happening again in our lifetime are about as good as Jerry Yang winning another Main Event. Or, even cashing in it.

To take this analogy a little further. The Chiefs took a couple of bad beats — giving up a huge touchdown play and then turning the ball over on special teams, but they righted the ship. This is a team you cannot count out. 7 straight touchdown drives to set an NFL post-season record. What a performance.

After living in KC for a decade, I am definitely NOT a Chiefs fan, but this is a dynamic team with a QB that is hard not to love and respect. I am really looking forward to their matchup with the Titans next week.