A week ago, Kahle Burns had zero WSOP bracelets in his jewelry case. He’s now the proud owner of two. The Australian took down the €2,500 Short Deck No-Limit Hold’em tournament for €101,834 on Friday. 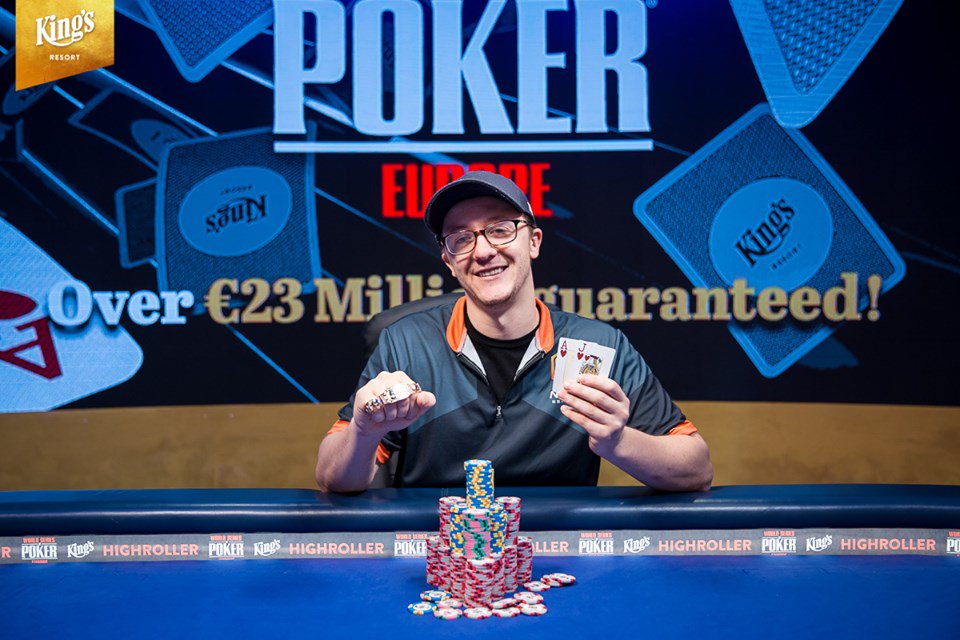 What a Week for Kahle Burns

If Kahle Burns isn’t on your short list of top 100 players in the world, perhaps you should reconsider. He’s been an up-and-comer on the high-roller circuit for the past year and a half.

Some may recall he was at the center of a minor poker controversy during a 2018 Mid-States Poker Tour event at Venetian in Las Vegas. There, Burns finished in third place to poker power couple, Alex Foxen and Kristen Bicknell. Many felt the couple played soft against each other to prevent Burns from finishing in the top two.

Kahle still earned $120,000 in that event after refusing to chop three-handed. Despite the accusations some on social media made, Burns never accused his opponents of playing soft against each other. And there was no proof that they did — only accusations, mostly from Twitter trolls.

Burns handled that situation with class and, perhaps, the good karma paid off for him this week. He’s now won two bracelets in just four days after never having previously won one. He is the third player this year to win two bracelets, joining Robert Campbell and Asi Moshe.

None of the Player of the Year contenders – Robert Campbell, Daniel Negreanu, or Shaun Deeb – cashed in the €2,500 Short Deck event. But a number of big-name players finished in the money, including Phil Ivey, who busted in 18th place for €5,228.

Burns had to defeat a formidable opponent heads-up to win the bracelet. He beat Manig Loeser, one of Germany’s top pros, to ship the shiny gold piece of jewelry. Loeser took home €62,929, and is still searching for his first bracelet despite 64 career WSOP cashes.