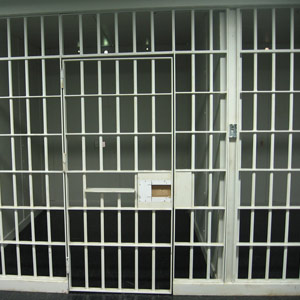 Justin “BoostedJ” Smith is under 30 years old, has three final table finishes at the World Series of Poker (WSOP), two final table appearances on the World Poker Tour (WPT), and started at $0.01-$0.02 Limit Hold’em Games online and has won millions. Thanks to his ties to an underground Russian gambling ring, he also now has a criminal record.

Edwin Ting is a respected player in the poker world and has earned a reputation as a fierce competitor in high stakes live cash games. He is a regular at Ivey’s Room at the Aria in Las Vegas, and has also finished as the runner-up at the 2010 WPT Bellagio Cup which awarded Ting $594,755. He too faced a potential five year prison sentence for his role in the gambling ring as well.

Earlier this month, Smith was given his sentence for participating in a gambling ring based out of New York. He was charged with aiding an illegal sports gambling business and faced a five year prison sentence. His case was adjudicated with a softer sentence and will not face any jail time. Instead, Judge Jesse Furman of the Southern District of New York sentenced Smith to two years of probation and 200 hours of community service. All things considered, it seems that Smith dodged a bullet not having to face prison time.

Ting was not nearly as lucky as Smith. As part of a plea deal with federal prosecutors, he faces five months in prison for operating the illegal business. Still, five months in prison is a huge reduction from the 60 he potentially faced when he was originally charged. Ting had previously agreed, as part of the legal resolution, to pay a $2 million fine, which allowed him to enter into a guilty plea. Part of Ting’s problem is his past criminal record. Back in 2005, he severed time for… you guessed it… operating an illegal gambling business. Federal prosecutors had stated that they felt Ting plainly thought nothing of breaking the law once more.

Apparently, it was Ting who brought in “sophisticated and wealthy individuals” to illegal gambling spots typically held in glamorous hotel rooms in New York. These gamblers would wager “enormous sums of money” and included people from the film, television, and music industries. All of the names of the players in these games were redacted in court documents.

There were an astonishing 34 people originally charged in the Russian gambling ring and 25 of those individuals have reached plea deals with prosecutors. Hillel “Helly” Nahmad and poker pro Vadmin Trincher, who pled guilty back in November 2013 as being the ringleaders behind the operation. According to court documents, it is estimated that the gambling ring was able to traffic between $50 to $100 million around the United States and to other parts of the world including Russia. Trincher is facing a 20 year prison sentence, but is expected to only serve between two and three years. Nahmad faces up to 92 years in prison, but is expected to serve about five.

For Whom the Bell Tolls

There are other obscure poker pros involved in the case that have yet to reach deals with federal prosecutors. Bill Elder and Peter Feldman have yet to enter into deals. The alledged top dog and mastermind of the operation, Alimzhan Tokhtakhounov is living free in Russia and has disputed all charges against him as American propaganda.