The EPT Monte Carlo, which is playing out at the Monte Carlo Bay Hotel & Resort, wraps up this weekend, and some big stories have come out of the stop. 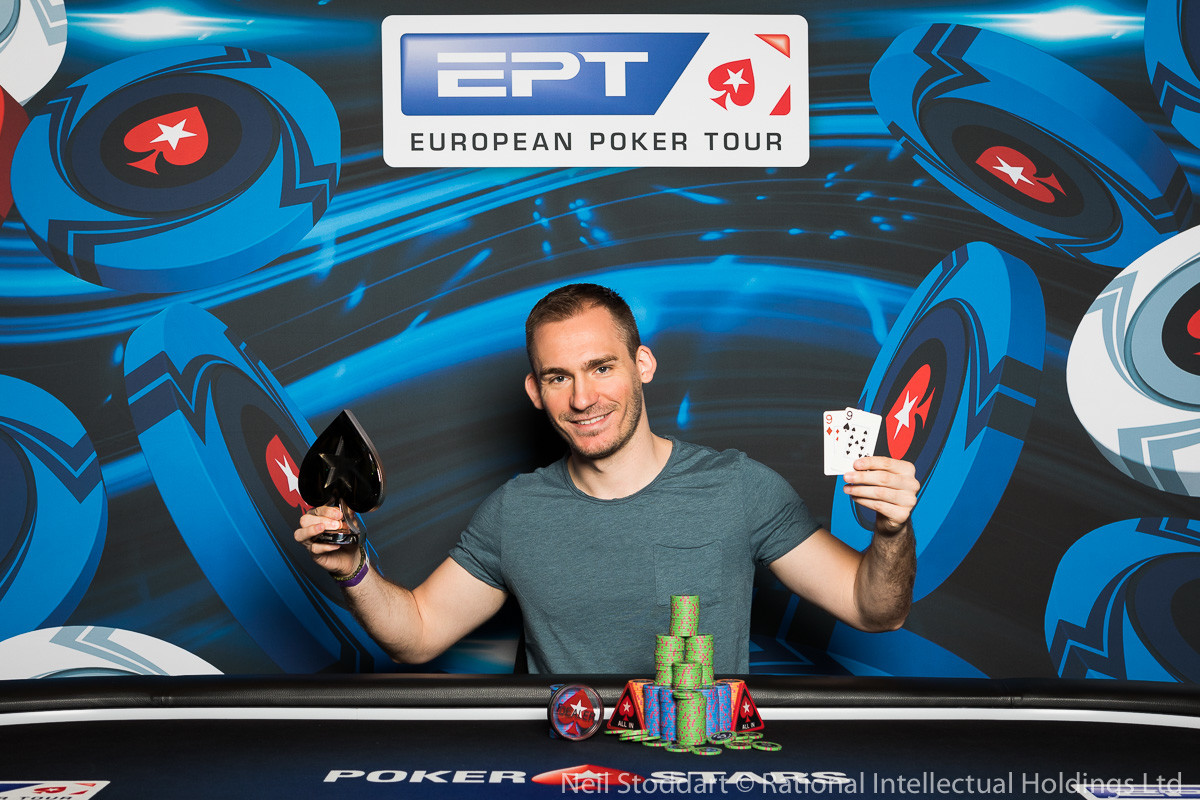 With his latest win, Justin Bonomo has now won $8,520,870 playing tournament poker in 2018. His next closest competition is Stephen Chidwick with $5,513.250. (Image: PokerStars/Neil Stoddart)

Just days after the red-hot Sam Greenwood won the Super High Roller, Justin Bonomo kept pace by winning a High Roller of his own.

Among those to compete but fall short of a cash were John Juanda, Mustapha Kanit, and Sylvain Loosli.

Fittingly, Bonomo would have to defeat O’Dwyer in heads-up play to win his title and a €378,000 ($457,356) first-place prize. Bonomo began with a 2/1 chip lead, which he built upon after just a few hands. In the final hand, Bonomo three-bet jammed with pocket nines and O’Dwyer called off with ace-jack, which he failed to hit.

In just a one-week period, Bonomo has won $1,223,085 at the EPT Monte Carlo. It’s already been a career year for Bonomo, who now has more than $8.5 million in 2018 earnings. That puts him atop the yearly list well ahead of Stephen Chidwick, who is his next closest competition with $5,513.250.

Another Million for O’Dwyer 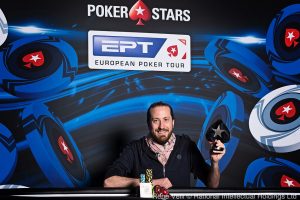 O’Dwyer actually eliminated Bonomo, who ran king-eight into king-queen. A queen on the board put an end to Bonomo’s run, and Poker Masters champ Steffen Sontheimer followed him out the door in third place. O’Dwyer then defeated Nick Petrangelo in heads-up play to win the title.

Luckily, I ran really hot all in. Made some good reads… and probably some bad plays. That’s poker,” O’Dwyer said. “That was one of the most absurd final tables I’ve ever played.”

He added: “You just have to be on your toes. Dynamics change so fast. If you have the chips, you get to be the bully, and if you don’t you have to figure who else is the bully and adjust.”

O’Dwyer has had a lot of success in Monte Carlo. Back in 2013, he won the EPT9 Grand Final for $1,604,972 after defeating what is largely considered the toughest final table in history with the likes of Daniel Negreanu, Johnny Lodden, Jake Cody, Noah Schwartz, Andrew Pantling, Jason Mercier, and Grant Levy.

Like Bonomo, O’Dwyer has won over $1 million in three days at the EPT Monte Carlo.

Steve O’Dwyer is just crushing (still). I used to regularly watch him play in Fulltilt’s $1k Monday (not surprising to see others from this final table were also regulars playing that Monday game on http://FTP... Timothy Adams, Bryn Kenney

What a year it has been so far, I can not imagine anything better. If I were him, I would retire from poker. When you win this way you do not need to continue playing poker