Justin Bonomo May Have Had the Greatest Year in Poker History

Justin Bonomo didn’t just have a memorable 2018. He cashed for more in one year than any player in history. 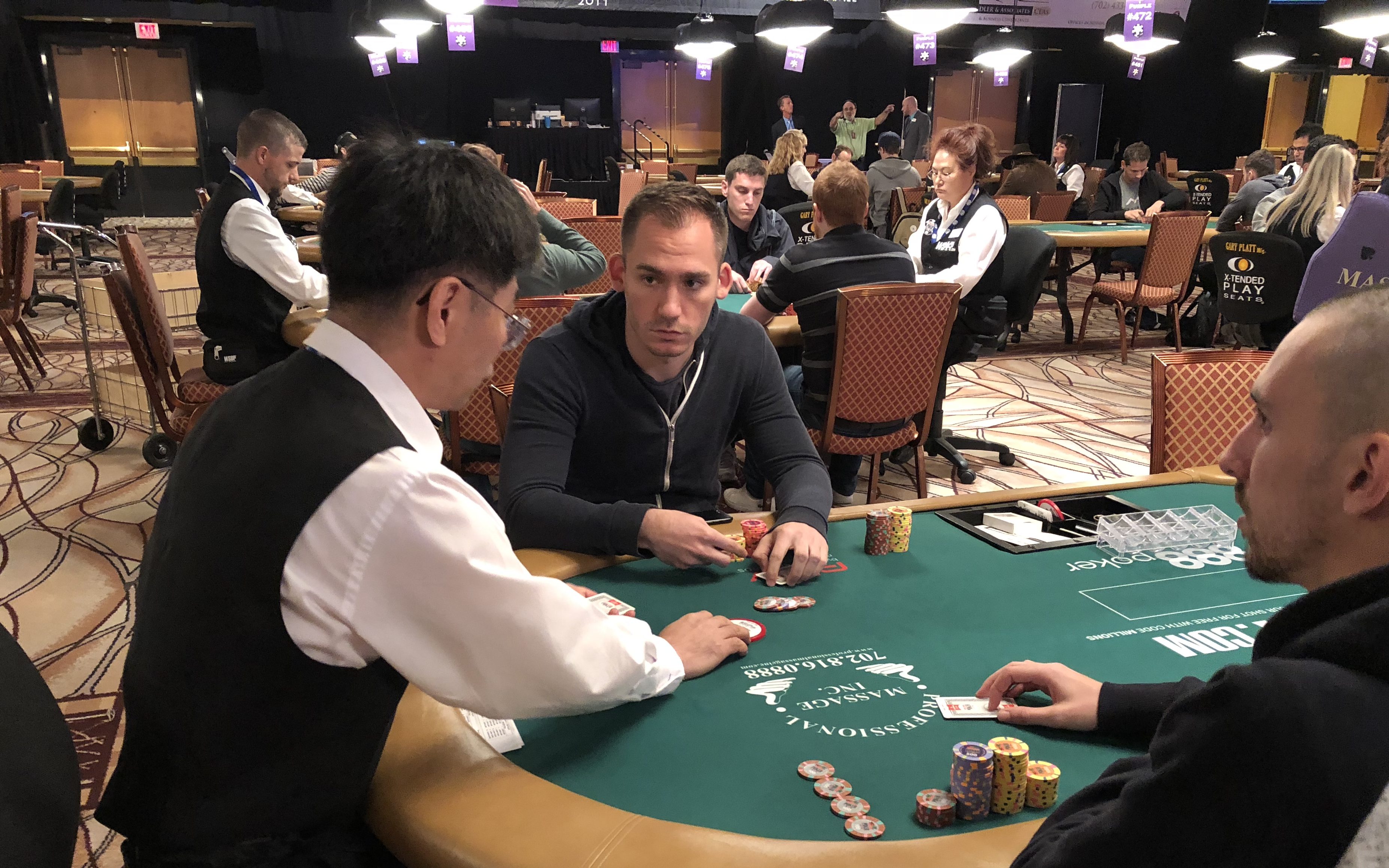 Justin Bonomo had the best year in history in 2018, cashing for over $25 million. (Image: CardsChat)

With over $25 million in cashes since Jan. 1, the American poker pro surpassed Daniel Negreanu as the all-time winningest live tournament player. He now has more than $43 million in lifetime winnings, and he’s only 33.

Picking Up Where He Left Off

Bonomo’s dominance on the felt actually began the final month of 2017. Last December was a sign of things to come. During that month, he won two high rollers at the WPT Five Diamond in Las Vegas.

He kicked off the new year by turning nearly a $1 million profit in the $100,000 buy-in Super High Roller at the PokerStars Caribbean Adventure in the Bahamas. Just two days of work paid him more than the average American worker makes in a decade. And he was just getting started.

If you’re scoring at home, that’s more than $2.1 million in earnings the first month of the year. Here’s the crazy thing: January wasn’t even one of his best months. 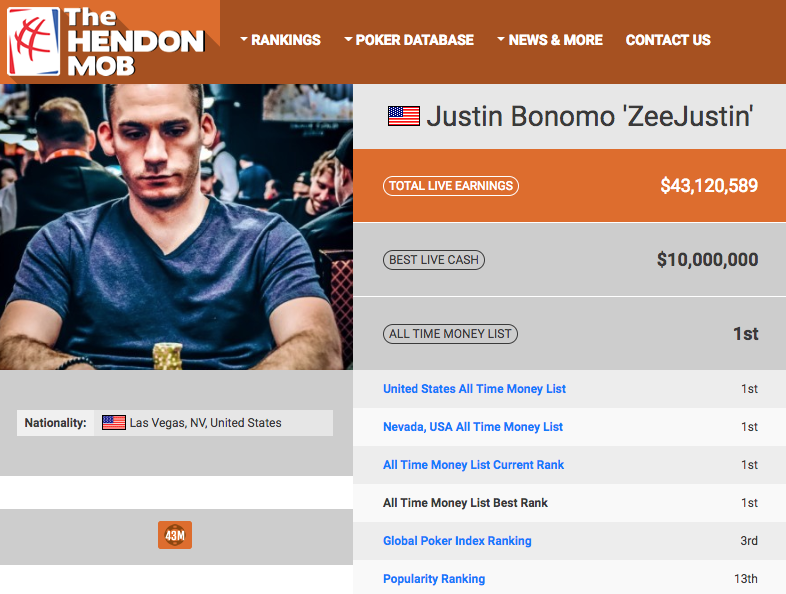 Bonomo’s Hendon Mob page pretty much says it all: In 2018, he totally won poker. (Image: The Hendon Mob)

But before we discuss that, we must mention his first WSOP bracelet of the summer. Yes, that’s right, he won multiple bracelets.

Then, on the final even of the 2018 WSOP, he shipped the $1 million buy-in Big One for One Drop. That win paid $10 million, enough to make Justin Bonomo the all-time winningest tournament player.

From the beginning of the year through July, he cashed for over $25 million. Had he never played a hand of poker before this year, Bonomo would rank 10th all-time.

Bonomo won more this past year than John Juanda, Phil Hellmuth, David Peters, and Brian Rast have cashed for in their entire careers.

Imagine earning more in just seven months playing poker than the past three WSOP Main Event champs won combined. That sums up how stellar he was throughout the year.

Can anyone even come close to matching that performance in 2019?

Incredible performance , awesome results . Congratulations man !!! 2018 was yours for sure . A promising young poker player on the top of the list with the best players !!!
I will be watching/monitoring your achievements and the battles with other players at the tables the next years , it seems you are exceptionally capable .