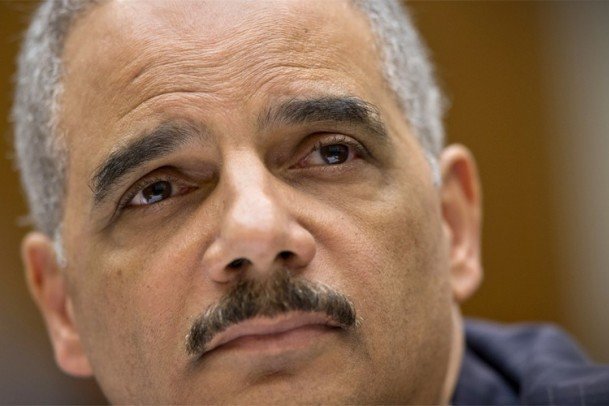 Judicial Watch is seeking information about the ruling by the Department of Justice, then under Attorney General Eric Holder, to reinterpret the Wire Act. (Image: AP/J. Scott Applewhite)

The Department of Justice’s 2011 interpretation of the Wire Act, which found that the legislation only applies to sports betting and not to other forms of online gambling, has been controversial ever since.

Now, a right-wing political group is suing the DOJ in the hopes of obtaining documents related to that decision.

Judicial Watch issued a press release on Wednesday that spoke about a Freedom of Information Act (FOIA) request the group made last October in relation to the 2011 ruling. Because the group did not hear back from the DOJ, they decided to take legal action in an attempt to receive those documents.

According to information in the press release, Judicial Water made the complaint last month.“As of the date of this complaint, July 15, the Justice Department has failed to determine whether to comply with the FOIA request.”

According to watchdog group, there were “close ties” between then Attorney General Eric Holder and some online gambling businesses that would benefit from the system. However, those ties appeared to be limited: a lawyer at a law firm Holder had worked for represented Lottomatica in a 2006 acquisition, GTECH chairman Donald Sweitzer had donated to Democratic political campaigns, and one board member for Scientific Games had previously worked with Holder.

In any case, Judicial Watch President Tom Fitton characterized the Wire Act reinterpretation as “another example of the Obama administration’s habit of placing politics above law.”

“When the Justice Department reverses its own interpretation of a federal statute so quickly and so completely, the American people have a right to know why,” Fitton said in the statement. “And given that the Justice Department is willing to violate federal records law rather than disclose information, Americans can presume corruption behind its decision to unilaterally legalize widespread Internet gambling.”

The DOJ opinion on the Wire Act was prompted by questions from New York and Illinois over whether those states could sell lottery tickets over the Internet. However, the response from the Justice Department found that the Wire Act related “solely to sport-related gambling activities in interstate and foreign commerce.”

The request for documentation related to that decision comes against the backdrop of a campaign designed to stop online gambling in the United States. The Restoration of America’s Wire Act (RAWA), a bill that would make it illegal to operate most forms of online gambling even at the state level.

RAWA has been introduced to the House of Representatives by Jason Chaffetz (R-Utah), while Senator Lindsey Graham (R-South Carolina) has done so in the Senate. The bills are functionally identical, and are widely assumed to be the handiwork of Sheldon Adelson and his Coalition to Stop Internet Gambling, a group that has lobbied against Internet gambling.

However, three states (Nevada, New Jersey and Delaware) have already regulated at least some forms of state-level online gambling. Meanwhile, other states, such as California and Pennsylvania, have discussed the possibility of legalizing intrastate online poker as well.

why are the so called ‘anti government ‘ republicans seeking to limit our individual freedoms ?

I really thank the website owner for sharing this impressive article here. Watch movies for free