Phil Ivey held the chip lead at the end of Day Two and Three in the WSOP $50,000 Poker Players Championship. But on Day Four, a session which began with 12 players, the 10-time bracelet winner was unable to advance the final table. Josh Arieh, however, did and has the chip lead. 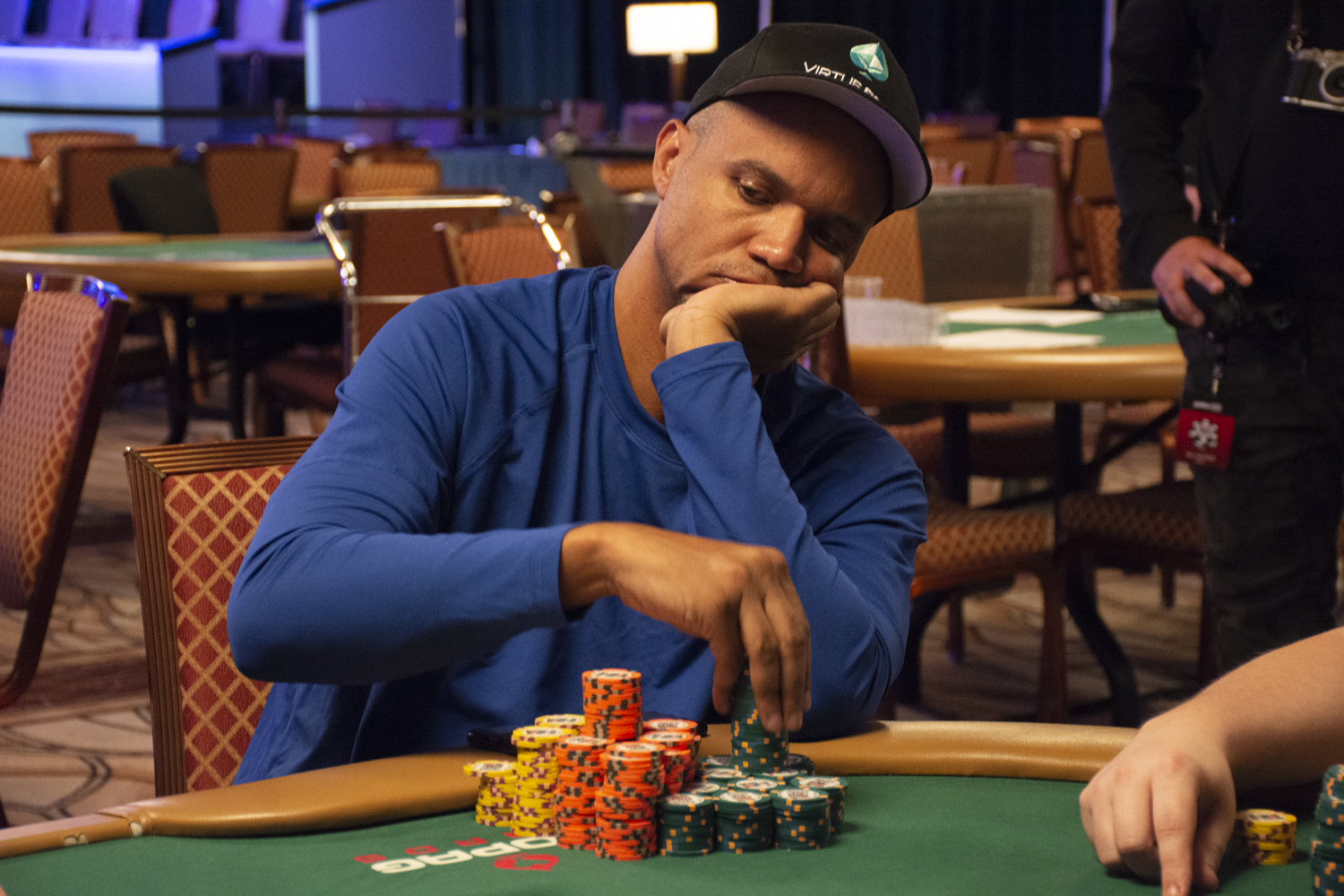 Phil Ivey will have to wait another day for his 11th bracelet. (Image: wsop.com)

Ivey busted in eighth place on Thursday, taking home $124,410. One shouldn’t complain about more than doubling a buy-in in any tournament or cash game. But when a $1,099,311 first place prize – oh, and an 11th career bracelet – is within sights, that double-up might not feel as great.

When the Poker Players Championship final table begins at noon PT on PokerGO Friday, you won’t get to see Phil Ivey. And while that might be disappointing to his legion of fans, the final table still has a ton of star power.

Arieh, the chip leader, took third place in the 2004 Main Event and he’s going for his third bracelet. One of the best online pros ever, Dan “Jungleman” Cates, will be seated at the table. And so will Shaun Deeb, the 2018 WSOP Player of the Year. Even without Ivey, it should be an entertaining watch.

All six remaining players are guaranteed at least $168,305. But they will all have their sights set on the seven-figure potential and of course taking home one of the most coveted gold bracelets each year.

For Oppenheim, it may have been a costly miss. Had he won such a prestigious event, it’s possible the win could have convinced a few extra Poker Hall of Fame voters to select his name or this year’s class which will be announced on July 8.

Deeb, Cates and Ivey at the same table, seems nice table to observe. Hope some replays will be possible on YouTube