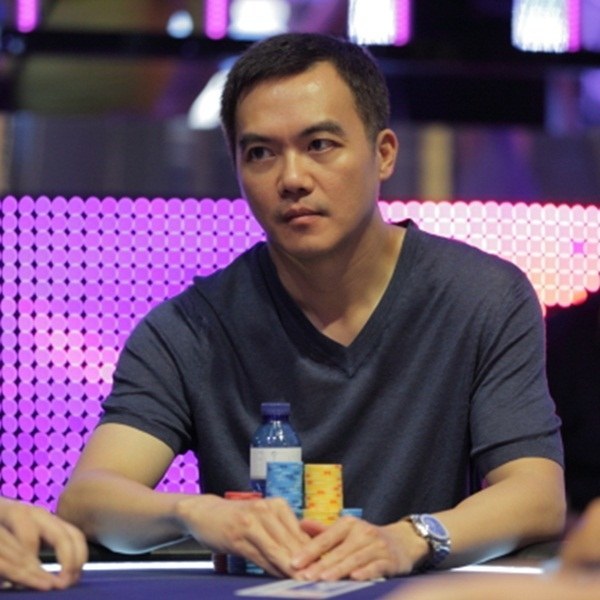 Back to Business: John Juanda returns from a year-long sabbatical in style, capturing the EPT Barcelona. (Image: therichest.com)

John Juanda celebrated his return to the international poker tournament circuit by winning the largest ever EPT Main Event in its history in Barcelona over the weekend.

Juanda, who had taken a year off from poker in order to learn new languages and concentrate on his fitness, marked his comeback in style, charging through a record-breaking field of 1,694 players to take his first EPT title and a check for €1,022,593 ($1.14 million).

He had not played poker, he claimed, since last year’s EPT Barcelona.

“It’s a really great feeling,” he told PokerNews afterwards. “If there was one tournament that I really wanted to win it’s the EPT, so much more than the WPT, or even the WSOP.”

Last time we saw Juanda at an EPT final table it was Barcelona 2013, where he finished eighth, and before that, London in 2010, where he lost out to Brit David Vamplew for a second place finish.

This time, however, he was reluctant to let a Brit get the better of him heads-up. Juanda went into head-to-head play against the runner-up at this year’s WPT Amsterdam, England’s Steve Warburton, with a 4:1 chip-lead.

But he let that advantage slip when Warburton, loudly supported by a chorus of British players, doubled when his A-K held up against Juanda’s A-6.

Just a few hands later, though, Warburton’s hopes of a heroic comeback were snuffed out when he ran his pocket eights into his opponent’s pocket queens, and it was all over.

That hand played itself, but this tournament had not been plain sailing for Juanda; he began Day 5, the penultimate day of play, with the second shortest stack of 35 players, just under 10 big blinds.

Throughout the Day 5 he battled his way back into contention, so that he begun the final table fifth in chips.

Deal or No Deal

When play was down to four, Juanda again found himself nursing a short stack.

With around a third of the chips of his nearest competitor, third-place Frederick Jensen, he refused to listen to talk of a four-way chop: “And forfeit the chance for a million?” he declared incredulously.

Juanda’s instincts proved to be spot on, and just hours later he was crowned champion.

This win brings his lifetime tournament gross earnings to over $17 million, and puts him tenth on the all-time money list, just what you’d expect from a man who has been quietly and unflinchingly crushing major poker tournaments since 1997.

“To win a tournament of this magnitude you need a lot of luck,” he said. “I played decently well but I also ran really good for three of four straight days, and that’s why I’m standing here now.

“I feel really blessed,” he added. “I’ve been playing poker for 18 years and you still get a rush.”

Good for Juanda for winning his first EPT Title. It’s always nice to see a man of his character win. He is one of the only few early poker pros that doesn’t seem to have an ego. He doesn’t change who he is and just plays the game the way it should be play. It’s refreshing to see someone as accomplished as him staying true to who he is.

Considering Juanda didn’t play at the WSOP, and hasn’t played many tournaments in general in a year, it’s very awesome to see him win a EPT title. Being an old school pro, who was one of the stars of the poker boom, this is good for poker. He lets his game do the talking, and he’s very respectful at the table. He also was the key in me having the best fantasy poker team in Fantasy Poker Manager for EPT Barcelona!