Joe Ingram is a poker player, a blogger, a podcaster and now, thanks to an outlandish prop bet, a published author.

Keeping up the longstanding tradition of poker players testing the limits of physical and mental endurance in the name of money, Ingram recently agreed to a writing challenge. Accepting a $2,000 even money bet with sports bettor and poker player Jonathan Bales, Ingram set out to write a 40,000 strategy eBook on poker in 11 days. 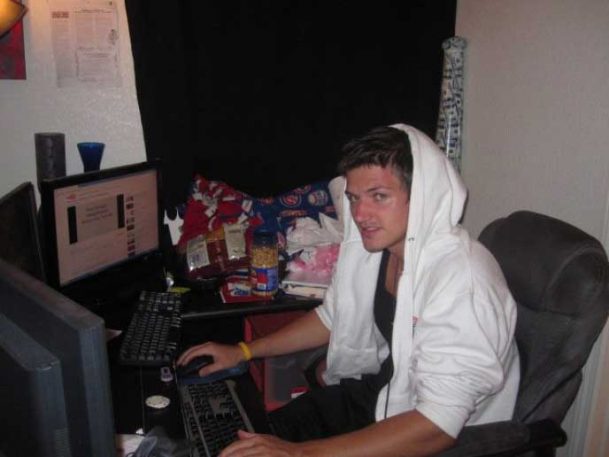 Ingram is certainly no stranger to bets having undertaken and won some serious propositions in recent years. In addition to playing 50,000 hands in just 20 hours, Ingram also attempted to turn $3,000 play money chips into $20 million in 24 hours, but fell short.

With the allure of winning another prop bet, as well as getting his poker strategy out to the masses too much to resist, Ingram took on the challenge in early January. Eventually, after working on the eBook for eight days, he went into overdrive and glued himself to his computer for the final three days.

In the end, aside from an error in the title (“Chasting,” which he’s since corrected), Ingram managed to write, edit and then publish a 47,000 word strategy eBook called: “Chasing the Poker Dream.” Since completing and winning the bet on February 1, the book has been put up for sale on Amazon at $9.99.

Although the book is the result of a prop bet, Ingram has assured his followers that it will be “the best” $9.99 they spend on a book “in their lives.” It’s already had two five-star reviews on Amazon and is currently the No. 1 selling poker book on the website.

In fact, to help bolster Ingram’s strategy advice, “Chasing the Poker Dream” features contributions from fellow high stakes stars Ryan Fee, Cole South, Dan Colman, and John Beauprez, among others. Not wanting to waste the effort that went into his eBook, Ingram is planning on releasing hard copies as well as an audio version in the coming months.

As for Bales, after learning that he’d lost the bet, he took to Twitter to congratulate Ingram, but not without having a friendly poke at his opponent.

“Just lost a 40k-word book prop bet to a kid who published with a typo in the title. Congrats @Joeingram1. Way to keep chasting your dreams,” tweeted Bales, making fun of that initial title booboo.

With his book bet out of the way, Ingram can resume YouTube video uploads, but many are wondering what his next outlandish prop bet will be.