Pass the sugar … Joe Hachem and Michael Mizrachi will battle it out on the felt October 26-28 for $5,000 in three exhibition heads-up matches in the Land Down Under as part of the Australian Poker Tour’s Grand Final series. 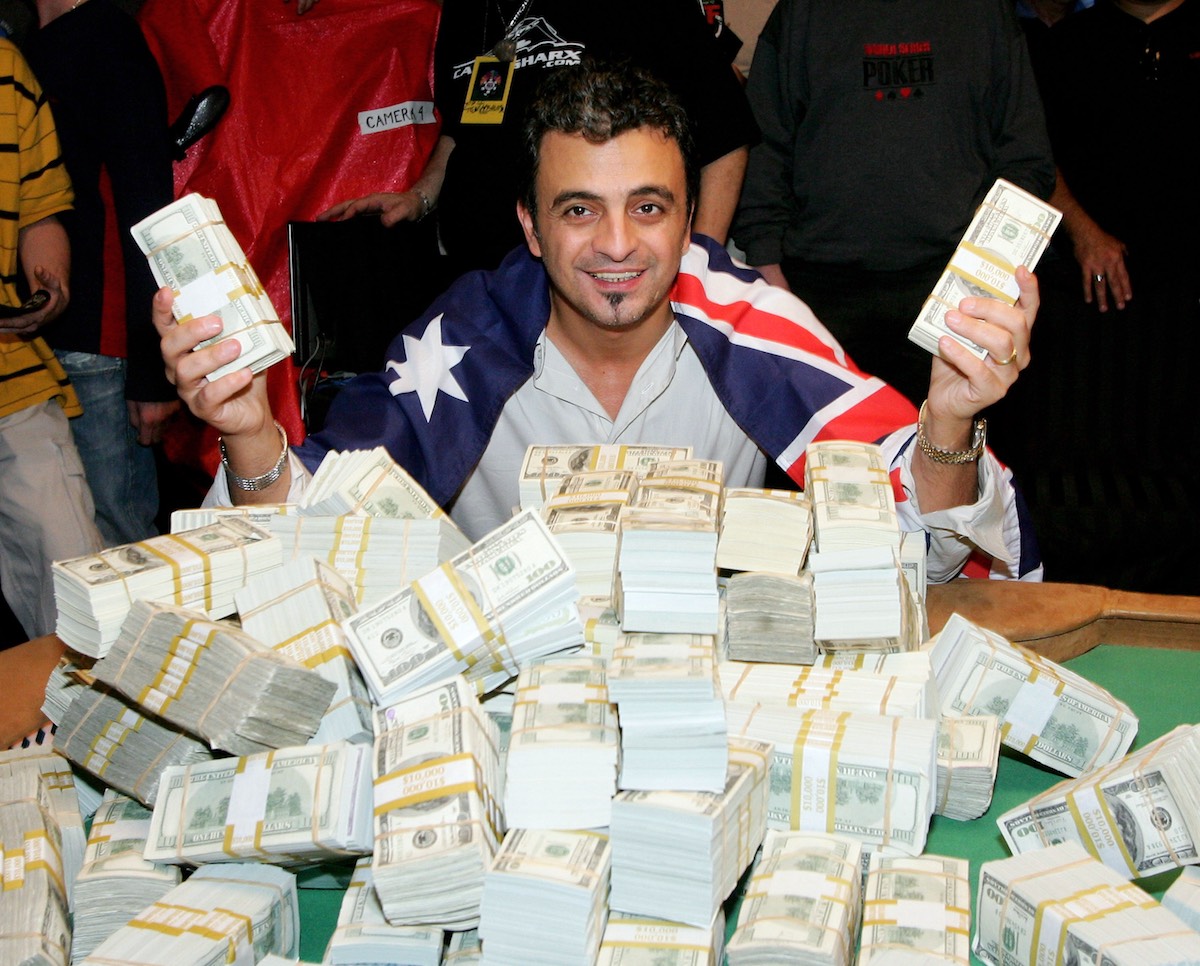 This isn’t another battle to stroke their egos and prove who is best, a la Mike Dentale versus Cate Hall. It’s a friendly match for the fans between two pros who have mutual respect for each other. And two respected players within the poker community.

The contest begins Oct. 26 at Southport Sharks poker room in Queensland, Australia. They will compete in a best-of-three format with one match each day until October 28.

Details on how fans can watch the contest haven’t been released. However, Hachem said in his video that he’s “pretty sure” a livestream will be available. Where you can watch that stream, however, at this point is unclear.

Joe Hachem, the 2005 WSOP Main Event champion, will compete on his home turf. The Australian poker champion is arguably one of the most skilled Main Event winners produced in the post-Moneymaker era.

Since winning the Main Event, Hachem has more than $4.8 million in cashes. That calculates out to $369,000 per year on average. Joe McKeehen is averaging $2.6 million annually since his 2015 Main Event title, the most of any past champion.

Hachem, previously a PokerStars Team Pro member, still hasn’t won another WSOP bracelet. But he does have a WPT title. That came in 2006 at the Bellagio Five Diamond Classic in Las Vegas for $2.2 million. The Aussie won over $10 million in 2005-2006.

Nowadays, with all the six-figure buy-in tournaments, winning $10 million over two years isn’t unheard of. Back then, before the super high roller circuit began, that was almost impossible to pull off. But he did it.

Can Hachem Out-Grind The Grinder?

Hachem will face one of the toughest players in the game: Michael Mizrachi. The Grinder’s loose-aggressive style makes him so unpredictable at the table. He isn’t afraid to pull off a triple-barrel bluff and has a penchant for raising pre-flop with just about any two cards.

Mizrachi has $17 million in lifetime cashes, including four WSOP bracelets. This past summer, he won the $50,000 Poker Players Championship WSOP event – considered one of the most difficult tournaments in the world – for the third time, an improbable accomplishment.

The Grinder, unlike Hachem, doesn’t have a Main Event title to his belt. But he came close in 2010, finishing fifth for $2.33 million. That remains his biggest career score.

So, it’s Australia (Hachem) versus America (Mizrachi) on the felt in Queensland. Two players who love to engage in table talk. Both pros are talented and competitive. It should be an interesting contest, assuming it’s available on livestream.

hope to hear more about seeing it. love them both and it sounds like fun event.

Sounds like a very interesting clash and lot of fun! Wondering if that would be the first steps to return back online poker in Australia???