Day 3 of the WPT LAPC, a tournament that began with 493 players, saw the field whittled down to the final 31 with Jeremy White and his stack of 1,552,000 leading the way. Others still in contention include Chip Leader Coaching’s Chance Kornuth and 14-time World Series of Poker bracelet winner Phil Hellmuth (566,000), who is hungry to win his first World Poker Tour title. 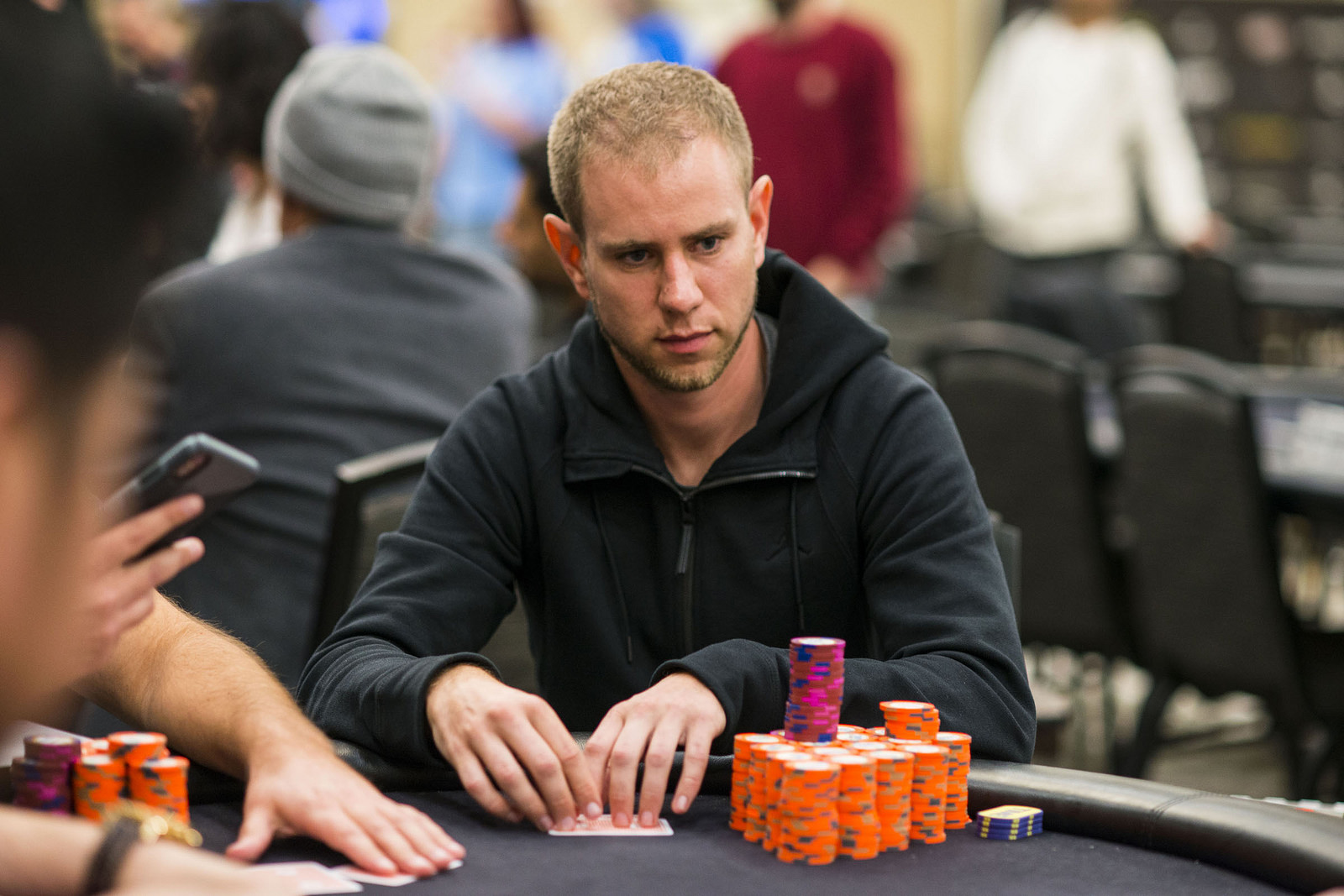 Hellmuth came close to capturing that elusive WPT win last August when he finished runner-up in a field of 763 entries to Artur Papazyan in the WPT Legends of Poker at Bicycle Casino. Papazyan, who would win another WPT title a month later, was recently named “Breakout Player of the Year” at the American Poker Awards.

Lewis, who hails from England, is seeking his third WPT final table, and second at the Commerce Hotel & Casino, after finishing fourth in the partypoker WPT Merit Classic North Cyprus for $102,820 and taking sixth in the 2013 WPT LAPC for $193,560.

It’s worth noting that the WPT LAPC has traditionally treated Brits well. In 2014, Chris Moorman won his first major live event by winning the tournament for $1,015,460. Lewis will look to follow in the footsteps of his fellow countryman.

Crushed or Crushing It

Of course, not everyone was fortunate enough to survive Day 3, which saw 102 players return to action. After 2018 PCA National champ Maria Konnikova busted in 63rd place, the top 62 were in the money.

McKeehen was actually eliminated by White. It happened in Level 18 (3,000/6,000/1,000) when Tan Nguyen raised from middle position and McKeehen called. White came along from the small blind, Ubaid Habib did the same from the big, and four players saw a flop of A♥9♦7♦.

Action checked to Nguyen who put out a continuation-bet, which McKeehen called. White then woke up with an all-in check-raise, Habib folded, and Nguyen got out of the way. McKeehen called off for 115,000 with his A♣J♠, which was outkicked by the A♦Q♥ of White. The Q♠ turn locked up the hand for White, and McKeehen hit the rail after the K♣ was run out on the river.

“I ran pretty good, felt like I played good, and just kept on building,” White told WPT reporters after bagging. “I think I eliminated about four players, I’m not really sure.”

He continued: “Having chips is obviously a big advantage. Just like today, there weren’t many people with chips at my table, and I was really able to put them to the test. So I will try to do the same thing tomorrow.”

Day 4 of the WPT LAPC will get underway at Noon PT on Tuesday.

Phil Hellmuth is the best. I like him a lot 😀