Jeremy Johnson, the co-founder of the SunFirst payment processing company that was closed down by the DOJ on Black Friday, has been cleared of dozens of fraud counts in a Salt Lake City court, but a split decision means he could still face up to 30 years in prison. 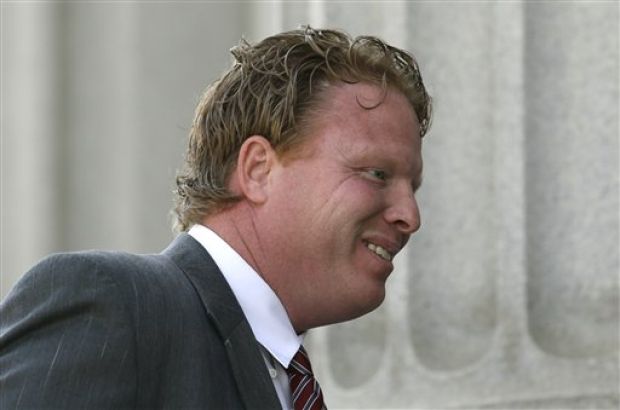 Jeremy Johnson on the steps of the courthouse in Salt Lake City last week. Despite being cleared of 78 charges, the former iWorks head still faces a possible prison term on eight lesser charges. (Image: performinsider.com)

While Johnson was acquitted of 78 major charges in relation to the operation of his telemarketing empire iWorks, including conspiracy, wire fraud, bank fraud, and money laundering, he was found guilty on eight felony counts of making a false statement to a bank.

Unlike his co-founders at SunFirst, Chad Elie and John Campos, Johnson was not named in the Black Friday indictments. This may have been because in 2011 when those charges came down, he was already being investigated by the Federal Trade Commission (FTC) for illegal business practices relating to iWorks.

Prosecutors alleged that the company had scammed credit card users out of $275 million by adding card charges without their knowledge.

Elie and Campos received short prison terms for their involvement with SunFirst, which was found to have processed online poker transactions by miscoding payments in violation of the Unlawful Internet Gambling Enforcement Act (UIGEA).

But Johnson ultimately found himself at the center of one of Utah’s biggest-ever political scandals. In 2014, John Swallow and Mark Shurtleff, two former Utah attorneys general, were arrested by the FBI on 21 counts of corruption, many of which related to bribes allegedly paid by Johnson in return for political favors that might further his business interests.

Johnson has alleged that the former AGs accepted kickbacks on several occasions, for the purposes of obstructing the federal case against iWorks and to further Johnson’s payment processing activities with SunFirst.

Johnson also makes the extraordinary claim that prior to Black Friday, he paid a million dollars on behalf of Full Tilt Poker to an associate of then-US Senate Majority Leader Harry Reid in return for the senator’s sponsorship of the federal poker bill that became known as the Reid-Kyle bill.

Swallow and Shurtleff are expected to go on trial later this year. Johnson and his co-defendant in the iWorks matter, Ryan Riddle, will be sentenced June 20.

Johnson, who defended himself during the trial after firing his lawyer, said he was pleased with the verdict, as was the prosecutor in the case, US Attorney for Utah John Huber.