Exclusive Interview: Jennifer Shahade Talks to CardsChat About Life as a Poker Star, Being a Chess Grandmaster, and Tying It All Together

Jennifer Shahade is a name that poker players have become familiar with over just the last few years, but she has long been a famous face in the world of chess. Before she became the Mind Sports Ambassador for PokerStars or became known for her Open Face Chinese Poker prowess, she was the two-time United States Women’s Chess Champion, winning that title in 2002 and 2004. 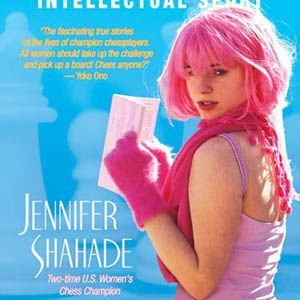 Shahade’s “Chess Bitch,” written in 2005, discusses gender bias in the male-dominated game in which she has held her own. (Image: amazon.com)

While Shahade no longer regularly plays competitive chess, she holds the title of Woman Grandmaster, and continues to provide commentary for elite chess tournaments. She is also the author of Chess Bitch: Women in the Ultimate Intellectual Sport, which was published in 2005.

I had a chance to sit down with Shahade at the PokerStars Playhouse at the Palms Hotel and Casino in Las Vegas, where the online gaming giant is demoing its software, streaming on Twitch, hosting giveaways, and offering up plenty of ways to have fun with some of the Team PokerStars pros.

Not only did we talk about the intersection between chess and poker, but we also played a quick game of chess afterwards (results of that contest at the end of this interview).

ES: How has the World Series gone for you so far?

JS: It’s going pretty decently. It’s been a little bit rushed, because I left in the middle to go back to St. Louis and cover the first event of the Grand Chess Tour, which was really fun.

I love being here, there’s just so much to do! I wish that I could clone myself at the World Series so that I could play all of the tournaments, play cash games, and hang out with my friends, because all of my favorite people are here.

ES: How did you become the Mind Sports Ambassador for PokerStars? 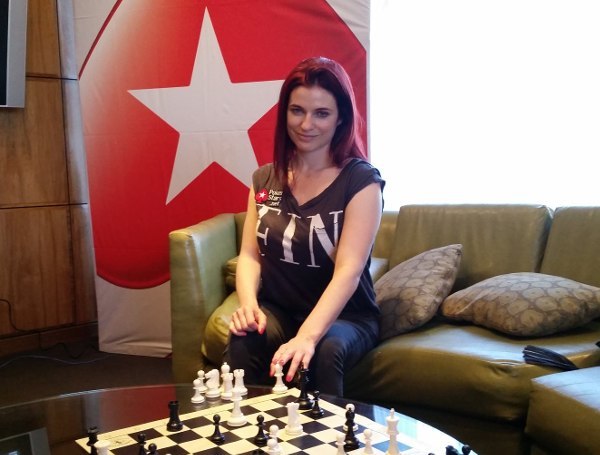 Shahade is a Mind Sports Ambassador for PokerStars and is helping the gaming giant bridge the road to chess. (Image: Ed Scimia/CardsChat.com)

JS: It came about because PokerStars decided to become more heavily involved in chess. They’ve been involved in chess for several years with the United States Chess League, but they wanted to host an international chess tournament at their headquarters on the Isle of Man, so I helped out with the organization for that.

As a well-known personality in the chess world who also plays poker, someone who could highlight the similarities between both games, it seemed like I’d be the perfect person for the role.

ES: PokerStars also ran a combined poker and chess tournament as a part of that chess event. How did that go?

JS: It was great! It was very popular, and I think we’ll have another one this year.

ES: You’ve had the chance to do some commentary here at the WSOP. Did you enjoy the experience?

JS: I did get a chance to go in the booth with David Tuchman for a $1,000 buy-in event that I cashed in, so I recognized some of the people at the final table. It was less loaded with recognizable pros than many of this year’s WSOP events, which was fun. I love poker, and I love talking about it.

ES: Have you had the chance to play much Open Face Chinese (OFC)?

JS: Not that much. I’ve mostly played on my phone. I’ve played a little bit, but not as much as I did last year.

ES: There has been some resistance to adding an OFC event to the WSOP schedule. Do you think one would work at the World Series?

JS: I think they could, they did do a non-bracelet event one year. How well it would do would depend on the buy-in. Last year, I think it could have been pretty popular.

ES: You won a major OFC tournament in Prague. You’ve also played some unusual variants like Deuces Wild and Second Best Hold’em in Monaco. What attracts you to lesser-known versions of poker?

JS: It’s fun to use your brain in a new way. I think that’s what’s really cool here: we’re streaming play money sessions on Twitch from the PokerStars lounge. I think it’s great to get a lot of volume in at a new game. Do that, read a little bit of literature, and you’ll probably be pretty good. It’s all about getting those hands in without losing your shirt, and play money is a great way to do that.

ES: Many in the chess world have wondered how that game could gain the same kind of mainstream media attention poker has enjoyed over the past dozen years. I’d like to ask you the opposite question: is there anything that poker could learn from how chess conducts itself?

JS: Chess really has a lot of prestige attached to it, and I think poker can learn from that. It’s important to keep that perception of skill. Some people think it intimidates players who are just starting out. But I think you need to have that balance, because it keeps the game more prestigious and makes people want to get better at the game and play more. 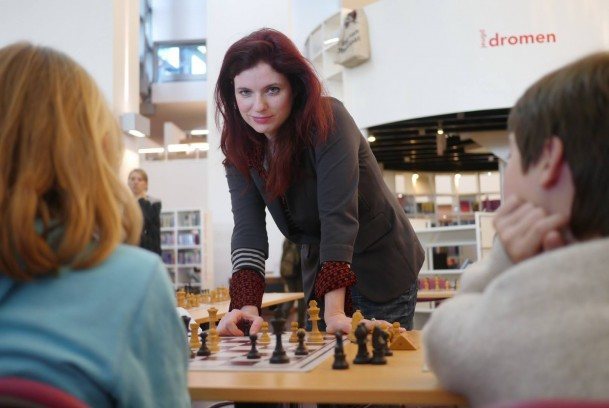 Besides her duties with PokerStars, Shahade teaches kids and at-risk youth the finer points of the game. (Image: jennifershahade.com)

Beyond the finances of it, having that prestige helps people feel like they want to learn a game to prove that their brain is equipped for it.

That’s what chess is modeled on, and I think that’s important for poker marketing, because ultimately, sometimes it’s hard for people to make money by going to a live stop, especially if it’s an expensive destination.

For instance, if you’re living in America or Asia and you’re going to Europe to play an EPT, if you’re not playing in the high rollers, you’re probably not going to turn a profit on that trip.

But in terms of the vacation, the experience, and what you learn, I think it’s important that we sell that experience.

And you get to challenge yourself. It’s a character test. You’ve studied all this stuff, but are you able to actually execute it? Not everyone can do it, but maybe you get better and do it the next time. That kind of experience happens all the time in chess, where you know something, but aren’t good enough to execute it. Poker can offer the same experiences.

ES: Will you be returning to commentate on the rest of the Grand Chess Tour after the WSOP ends?

JS: Yes! The next stop is actually the Sinquefield Cup in St. Louis, that’s going to be a good event.

ES: I’ve never made it out to the Chess Club and Scholastic Center in St. Louis, but I’ve always wanted to visit.

JS: You definitely have to go!

If I do make it out to the Sinquefield Cup [an elite chess tournament scheduled for late August that will feature ten of the world’s top grandmasters], it will certainly be as a reporter or spectator, and not as a player. 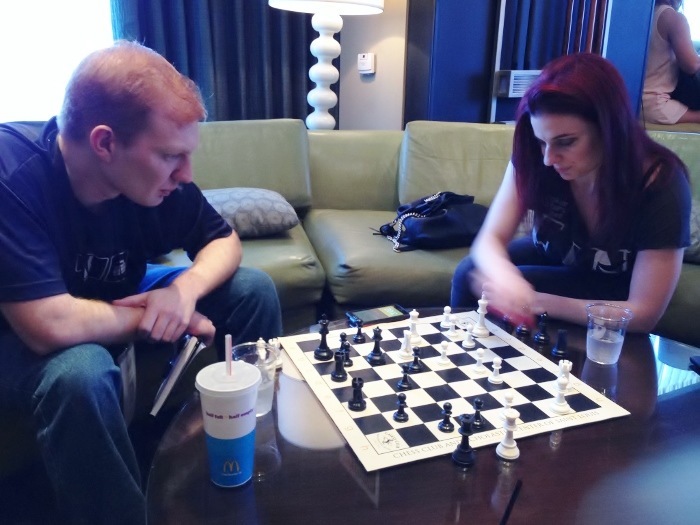 After our interview, I did indeed play a game of chess with Shahade at the PokerStars Playhouse. I’m a fairly strong tournament chess player myself, so our blitz game (one that used a chess clock in which we each had five minutes of thinking time for the entire game) attracted a bit of attention from others in the lounge. But this was rather a one-sided romp, although it at least appeared to be a competitive contest for a while.

But in the end, the result was predictable: I was outplayed, and resigned just a couple moves before being checkmated.

If you’re in Las Vegas and would like to check out what’s going on at the Pokerstars Playhouse (and perhaps even challenge Shahade to a game of chess yourself), it will be open from about noon to 8 pm each day until Thursday, July 9 in suite #27-201 at the Palms Hotel and Casino.

Great interview with one of my favorite people!