Former CardsChat blogger Jeff Gross has signed on as an ambassador for PokerStars. The poker player announced the signing on Twitter with excitement. 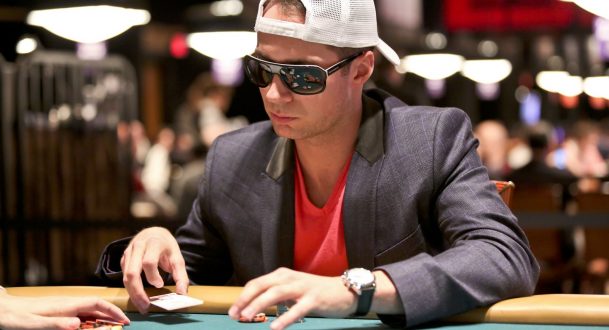 PokerGo commentator for the 2017 World Series of Poker Main Event Jeff Gross has signed on to become the newest member of Team PokerStars. (Image: cardplayer.com)

“Honored to be part of the team! Thank you for the warm welcome,” he tweeted.

The high-stakes pro is a sort of jack-of-all-trades in the poker world. A player first and foremost, Gross is also a PokerGo announcer: during WSOP, he’s been part of the Main Event broadcast team. He spent Tuesday commentating on PokerGO for Day 2AB. He’s also a Twitch streamer with an eponymous channel.

The University of South Carolina graduate has more than $2.9 million in live tournament winnings, including 37 WSOP cashes. The only thing missing from his poker-playing resume is a World Series of Poker bracelet.

Daniel Negreanu, the most famous face of PokerStars, welcomed his new colleague to the team in a video. Both players competed in Day 1C of the WSOP Main Event on Monday and advanced to Wednesday’s Day 2C.

“This is something I guess you could say I’ve dreamed about or wanted to be a part of for a long time,” said an ecstatic Gross.

The newly signed Team PokerStars pro said he will be patched up for upcoming live events in the Bahamas, New Jersey, and Barcelona.

The poker site became popular around the time Moneymaker won the Main Event in 2003. He’s worn the patch, promoting the game all over the world, ever since. Negreanu, Greenstein, and Moneymaker are the longest-tenured Team PokerStars Pros.