Jason Somerville will be hosting Run It Up Reno at the Peppermill Resort & Casino from March 26 through April 2. The stop will be the tournament series’ biggest ever, with $300K in guarantees, including a $600 buy-in, $150K GTD Main Event. Somerville, fresh off his adventures streaming at the Aussie Millions, chatted with CardsChat about the upcoming event. 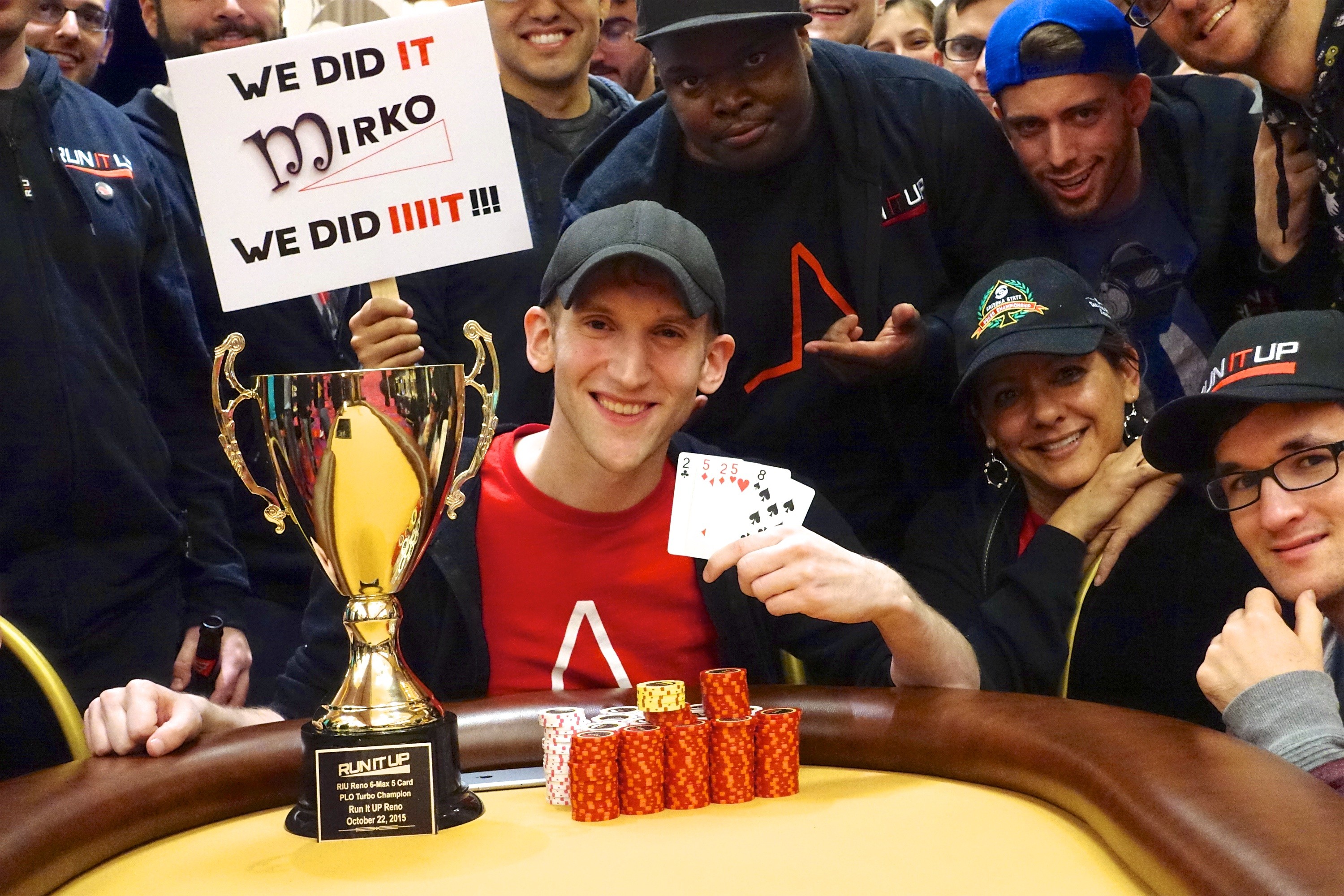 In last October’s Run It Up Reno, Jason Somerville finished 18th in the Main Event for $1,810. Loren Klein went on to win it for the second time and nearly $34K in prize money. (Image: RIU Reno)

In addition to the Main Event, there’s a long list of side events, each awarding RIU gold trophies to the winners. Additionally, the last standing “RIU Warrior,” meaning those sporting RIU gear, in each event will win a $600 Main Event ticket.

Other non-poker happenings on the schedule include a Turkey Burger Welcome Party, a Rob Has a Podcast Live Survivor Viewing Party, and a Karaoke Party at EDGE Nightclub.

Players can win their way to Run It Up Reno via qualifiers on both DraftKings and PokerStars. Photos and live updates from each event will appear on RUNITUP.com.

Chat It Up Reno

CardsChat recently had the opportunity to chat with Somerville about the upcoming Run It Up Reno.

CardsChat: What do you like most about your Run It Up Reno events?

Somerville: I love RIU Reno’s friendly, welcoming atmosphere. There’s nothing like it. The vast majority of our players share a common perspective that poker at its core ought to be fun, which it should!

CC: At many of the RIU Reno stops, you do a Survivor viewing party and often invite former contestants to the event. When and why did you romance with Survivor begin?

I haven’t missed a season of Survivor for nearly 30 seasons now, I’m a huge fan. When I built RIU Reno I made an effort to include some non-poker events and Survivor, with all its poker-esque elements, seemed like a natural fit. It’s a strategic, tactical, social game with a lot of similarities to poker. Plus, I wouldn’t miss an episode anyway, so I figured we may as well make it into an official event!

CC: Any Survivors going to be at the March event?

Absolutely! Survivor all-star Rob Cesternino of “Rob Has A Podcast” fame will return for the 4th time to broadcast a live Know-It-Alls with recent Survivor winner Adam Klein as co-host. The RHAP live shows are always a blast and it’s great to have Rob returning to Reno. We’ve seen some strong poker performances by Survivor contestants. Last time, former Survivor champion Tyson Apostol got second in our $1,100 Thursday Thrilla bounty event!

CC: You also do a karaoke night. What’s your go-to karaoke song?

Karaoke night has been a longtime tradition at RIU Reno ever since Danielle Moon-Andersen took the whole group out years ago for a party night on the town. It’s another one of our events that makes RIU Reno special. It’s not all about battling it out on the felt, it’s also about building friendships with like-minded folk. And if you can believe it, I still haven’t been pressured into singing anything yet!

CC: It seemed like you laid low a good portion of 2017. Do you feel that’s accurate? If so, how come?

Definitely true, 2017 was a transitional year for me. After nearly 15 years in poker, I needed to take a break from the grind to deeply think about what exactly I wanted to invest my time in next.

CC: That said, it seems you’re hitting 2018 hard with PCA and Aussie Millions commentary, as well as RIU Reno. What are your goals and plans for the year?

I have a few big projects already underway for 2018 in the Twitch world. You’ll have to stay tuned to see exactly what’s in store!

CC: Aside from yourself, who are your favorite poker Twitch streamers/personalities?

Lex Veldhuis is one of the most hilarious broadcasters on all of Twitch. I watch a ton of Kevin Martin’s streams. He’s grown so much as a player and broadcaster in the last couple years.

I also love catching the mixed-game queen “Talonchick” at work, there’s nobody better to learn non-hold’em games from. There are quite a few talented poker streamers these days no matter when you want to watch. 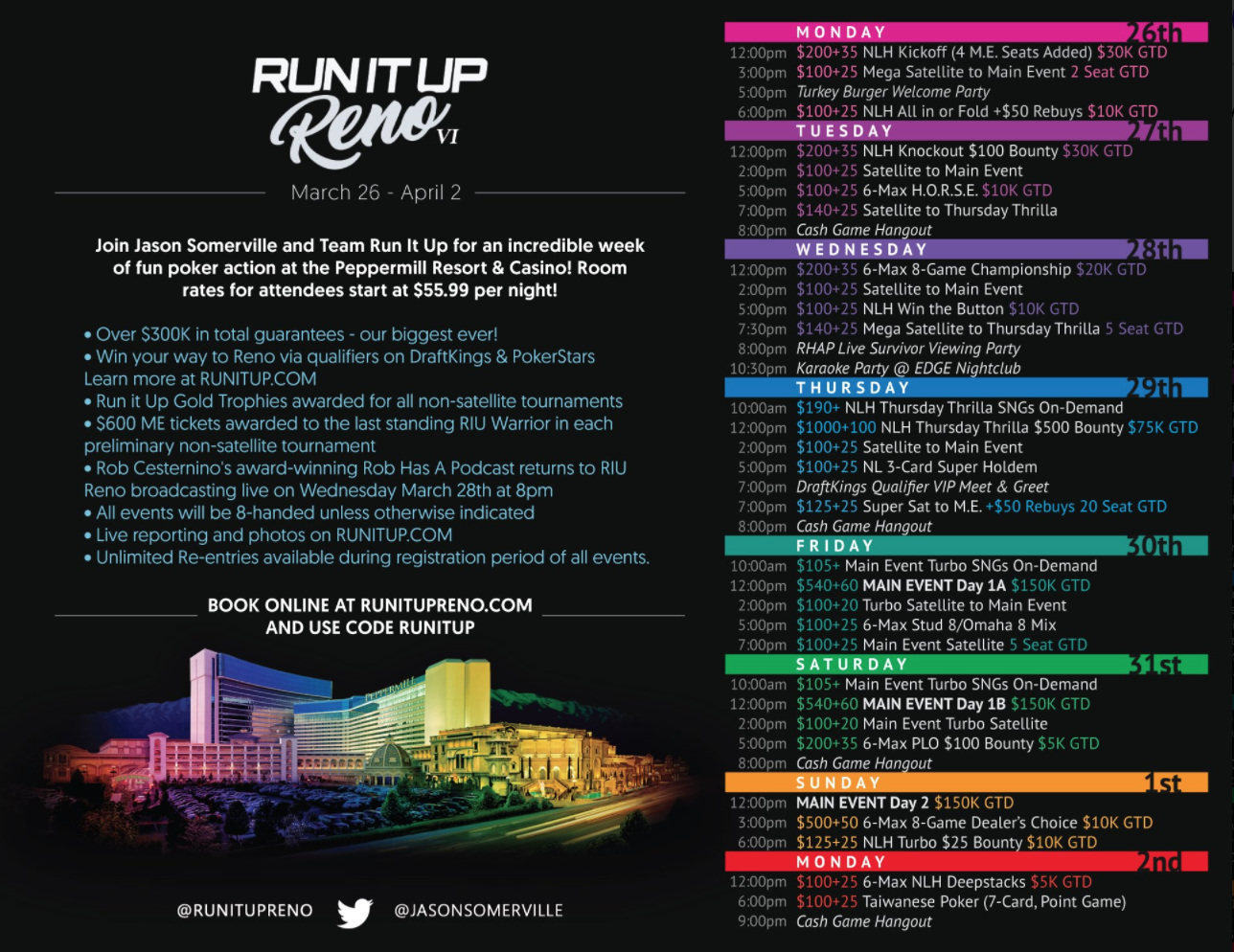