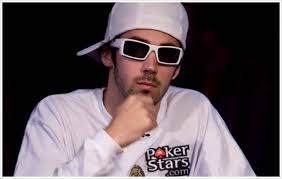 Jason Mercier is simply on fire. He can’t seem to lose a tournament these days even if he wanted to.

The poker pro has been dominating the past week of PokerStars’ Spring Championship of Online Poker (SCOOP), winning a total of three events in rapid succession to put his stamp on this year’s series.

Badugi isn’t a game that attracts much attention from general poker audiences, meaning that tournaments tend to be small and filled with some of the toughest high-stakes mixed game pros around.

Sure enough, the tournament had just 56 entries, but few of them were unknowns: after all, not too many people are willing to play exotic games for thousands of dollars unless they know what they’re doing.

Only seven players would make the money, meaning that even at the final table, one player would go home with nothing.

Mercier held on to the chip lead throughout the contest, and after 73 hands, finished off his opponent to score a $39,200 payday and the second SCOOP title of his career.

But the Team PokerStars pro wasn’t finished yet. The very next night, Mercier would win another title, this time in one of the old classics of poker: Five-Card Draw.

Once again, it was a small field for Mercier to navigate, as only 43 individuals were willing to put up $2,100 to test their skills in one of the oldest poker games around.

And once again, it was about as tough a tournament field as you’ll see this year: George Danzer, Calvin Anderson, Ole Schemion, and Dan Cates were just a few of the illustrious names lined up in the field.

But none of them made the final table, while Mercier once again put himself in position to win. He entered the final table third in chips, and had to contend with chip leader Mike Watson, a WPT champion and one of the most successful Canadian poker players of all-time.

Watson would go out in third place, leaving Mercier heads-up with Russian player “berserk64.” Mercier entered the heads-up battle with a 3-1 chip lead, and once again closed the deal, collecting another $34,400 and making in two titles in as many days.

This past weekend, Mercier completed his trifecta with perhaps the most impressive of his three victories. This time around, he had to contend with a much larger field of 336 players who all put up $2,100 for a Four-Max No Limit Hold’em tournament.

Once again, Mercier proved up to the task, staying near the top of the leaderboard for much of the shorthanded event. Heading into the late stages of the two-day event, Mercier and Calvin Anderson (who himself had already won a SCOOP event last week, the record sixth of his career) were dueling for the chip lead.

At the final table, it was Anderson who had the chip lead, though Mercier doubled up on the first hand to end up in a virtual tie for that position. Eventually, Anderson would fall in third place, leaving Mercier with a chance to battle Ryan Franklin for the chance to win a third title.

The two men actually agreed to a chop shortly after heads-up play began, leaving them to play for $8,000 and the title. Once that deal was reached, it took only two more hands for Mercier to claim his third SCOOP win of the series.

With Mercier in the chip lead, Franklin got his money in good with pocket tens against Mercier’s pocket nines.

But this was Mercier’s week, and a nine on the turn gave him the winning hand, eliminating Franklin, clinching his third SCOOP victory of the year, and adding $178,457.73 to his winnings.

In total, Mercier now has four SCOOP wins in his career. His three victories in this year’s series have netted him a combined $252,000 in prize money.