Jason Mercier might have been the darling of the GPI American Poker Awards, but he recently found himself dragged into an online cheating debate. 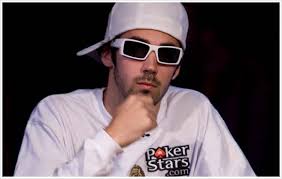 Mercier has been one of the most active poker players for the best part of a decade, but rarely does he engage in disputes with other players in public.

Although he may have had his fair share of non-payment issues from those he’s beaten in side games over the years, it’s never become headline news.

However, following a February 23 post from 2+2 user relaxursoul, the American pro has been forced to explain why he believes the poster is cheating on a popular Open Face Chinese app. According to relaxursoul’s version of events, Mercier and his wife, Natasha, have been telling players that he is “probably cheating on the app via a bot.”

In his lengthy post, relaxursoul, whose real name is Fernando Rosas, explained how he first played Natasha at the 2016 PCA and struggled to adjust to the live setting. Without the help of the app, he claims that certain actions, such as memorizing discarded cards, was tricky and that made him look like a novice.

Rosas says this is part of the reason he lost to Natasha at the PCA, but denies that it proves he’s using some form of assistance online to beat virtually everyone he plays. On top of his live fumble, Rosas states that he’s streamed some of his sessions via Twitch and he even allowed Natasha to check his app.

Despite what Rosas believes, Mercier maintains that something is amiss with the situation. Reluctantly joining the conversation on February 24th, Mercier stated that he wouldn’t be wasting too much energy on the issue as it’s his opinion and he’s entitled to it.

Addressing the accusation that he’s spreading rumors that Rosas is cheating, Mercier wrote that he is simply giving an honest answer when asked.

He also confirmed that he doesn’t believe Rosas is using a bot because even a bot would lose a certain percentage of the time (because of the variance inherent in the game).

In simple terms, Mercier thinks Rosas is flat-out cheating and that it’s “total nonsense” playing live is “very different” from the app. To support his argument, he lists ten reasons why Rosas could be cheating, including: he appears to never lose, he’s always begging for action and he’s basically willing to give the best players in the world a freeroll just so they’d play.

To settle the dispute, forum users have suggested a series of live matches to prove Rosas knows how to play. At one point in the thread it looked as though this may happen, but the player went on to say that he “prefer” to play on the app in any form of challenge.

For now it seems as though Mercier is done with the issue, but the incident certainly raises issues of safety online. Incidents of players using a glitch in the software to exploit opponents are all too familiar, which is why this latest thread has raised a number of eyebrows across the community.

tag team i must check it out

4. WSOP vs. WPT Battle: Which Inaugural Online Series Did Better?

5. Winning Poker: The Power of Predictability

4. WSOP vs. WPT Battle: Which Inaugural Online Series Did Better?

5. Winning Poker: The Power of Predictability