Jason Koon’s 2017 is off to a rip-roaring start. On Sunday, the West Virginia native took down the PokerStars Championship Super High Roller in the Bahamas for $1,650,300, the biggest win of his career. 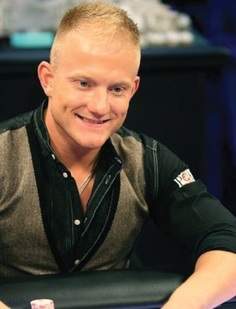 What a way to start the new year: Jason Koon continues his monster roll by taking down the PCA Super High Roller 2017 in the Bahamas on Sunday. (Image: cardplayer.com)

Koon defeated a field of 41 players in this $100,000 buy-in, three-day tournament. There was a total of 54 entries after 13 players rebought. It was the first event of the eight-day series which began on Friday at the Atlantis Resort and Casino.

In many high roller tournaments, the final few remaining players organize a chop. But when Koon and Charlie Carrel got heads-up, no deal was made.

The two played on and Koon came out victorious. But it wasn’t a walk in the park. Carrel is a formidable opponent who had a 3:1 chip lead early on in heads-up play. The odds weren’t in Koon’s favor, but the cards turned things around for him.

Also in the Money

The Super High Roller brought out some big name poker players and a few celebrities. Actor/comedian Kevin Hart made an appearance, but couldn’t get much going in his favor. He busted short of the money. Daniel Negreanu joined the actor at the rails before the bubble burst.

That left Koon and Carrel to battle for the title. The heads-up match lasted just under two hours.

Picking Up Where He Left Off

Jason Koon had quite a heater last year, finishing 16th in the GPI Player of the Year standings. It was David Peters who ultimately edged out Fedor Holz in the final weeks to claim the title.

But Koon had a banner year of his own. His most impressive performance came in a $5,250 event at the Seminole Hard Rock Poker Open in Hollywood, Florida last August. The 31-year-old beat out a field of 847 players to win a cool $1 million.

He finished the year strong. In the final two months, he earned a six-figure payday three times. Now, with his PCA victory, it’s already shaping up to be another stellar year for Jason Koon.