For the past two weeks, the Mid-States Poker Tour (MSPT) has been at Golden Gates Casino in Black Hawk, Colorado, for back-to-back events. First, there was a $360 Regional Event, which ended up drawing one of the state’s biggest-ever fields, and that was followed up by the $1,100 MSPT Denver Poker Open. 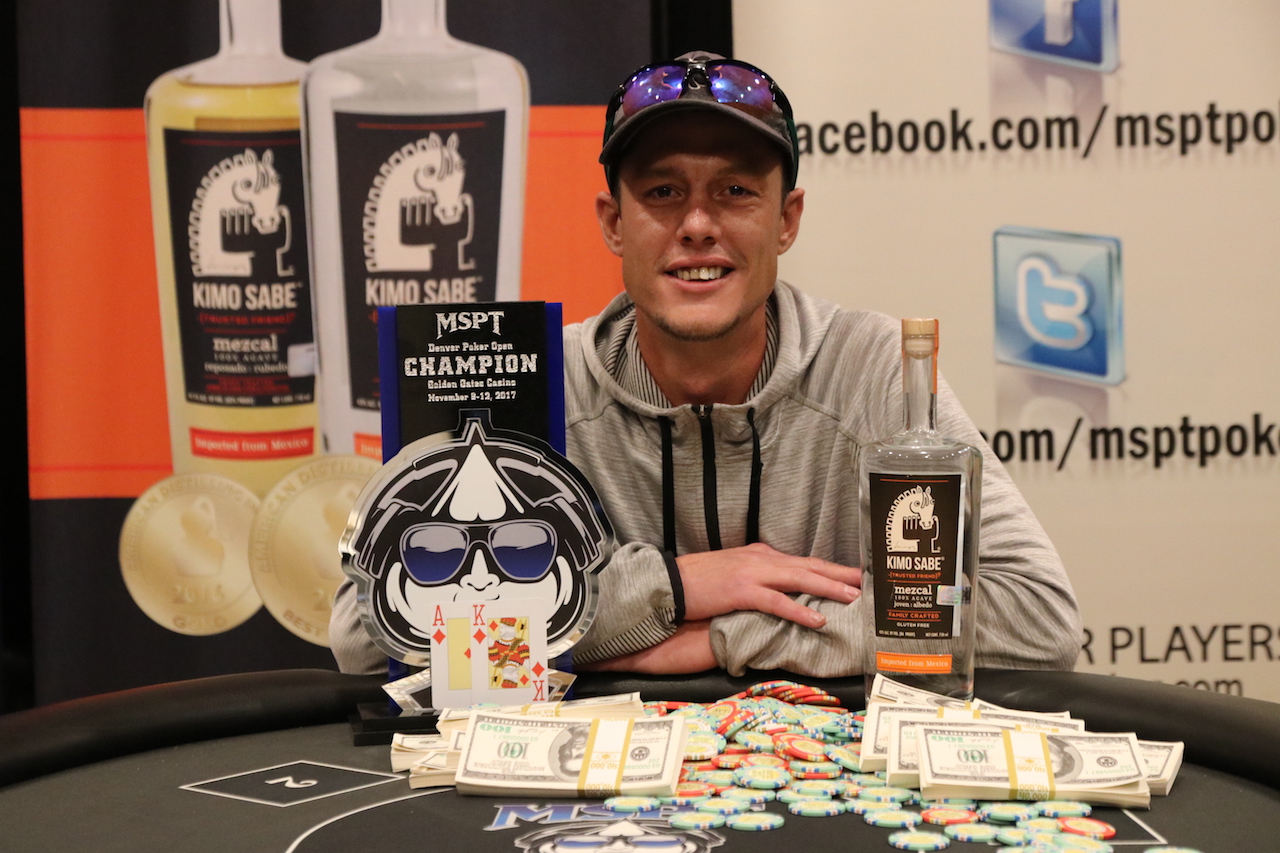 The Denver Poker Open attracted 413 entrants over three starting flights, and after a long weekend it was 38-year-old roofing salesman and part-time poker player Jason Beasley who finished as the last player standing to win $88,134.

“I feel good,” said Beasley, who has 19-year-old daughter and helps raise his two-year-old granddaughter. “It’s a little bit of a different rush from cash games. This is my biggest win.”

The win marked Beasley’s first MSPT cash, though he had $159,358 in tournament winnings before this victory. That included a previous best of $66,820 for winning the 2005 Fall Poker Round Up in Pendleton, Oregon.

“My dad has been a leather-ass grinder for over 40 years. He was watching the live stream back in Oregon and is going to be proud.” 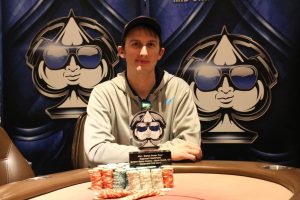 Gerald Morrell was deemed champion after taking the most money in a six-way chop in the MSPT Golden Gates $360 Regional. (Image: MSPT)

The week before the Denver Poker Open, the MSPT $360 Regional Event played out and saw 848 entries take to the felt over three starting flights.

On Sunday, the surviving 121 players returned to play down to a winner, and after a six-way chop, it was Gerald Morrell of Reno, Nevada, who walked away the lion’s share of the chop and a $33,677 first-place prize.

“It always feels good to run good and win some money and this trophy,” said Morrell, referencing the Regional Trophy he was awarded.

“Me and a buddy played the tournament, and decided if we shipped it, we’re golfing in Hawaii.”

The win was Morrell’s first MSPT cash. Prior to the score, he had $92,867 in tournament earnings, including a cash in this summer’s World Series of Poker Millionaire Maker for $5,003.

Just two stops remain on Season 8 of the MSPT beginning with this weekend’s 2017 MSPT Wisconsin State Poker Championship at Milwaukee’s Potawatomi Hotel & Casino. Then, from Dec. 8-10, the MSPT will be at Minnesota’s Canterbury Park for their $1,100 buy-in, $200K GTD season finale.