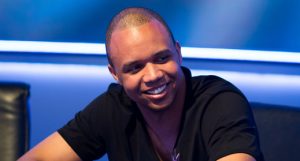 The Aussie Millions tournament series at the Crown Casino featured three High Roller events that drew attention from high-stakes poker players around the world. While the Main Event was the primary attraction for players in early February in Melbourne, Australia, some took advantage of several high – and even higher – buy-in tournaments that ranged from $25K to $250K, all with reentries available.

The first of the three high-stakes events was a $25K buy-in reentry tournament that brought in a total of 65 entries for an AU $1.56 million prize pool. The two-day event took 30 players over into the second day of action, and Max Altergott was in fifth chip position with Fabian Quoss on top.

The money bubble burst on Day 2, courtesy of Benny Spindler’s ninth place finish, and a few quick bustouts led to a chop of the remaining prize money per ICM numbers for the five remaining players. Altergott was the shortest of the five stacks, but climbed into the lead and took it into heads-up play against Dan Smith. The latter moved all-in on the first hand with pocket sixes, but the A-2 of Altergott found an ace on the flop for victory.

The second of the bigger buy-in tournaments required a $100K buy-in and allowed reentries to the NLHE event. The first day brought in 66 entries, with more than 40 unique players. Daniel Negreanu and Isaac Haxton each entered five times. Day 2 allowed for another 10 entries, which brought the total to 76 and the prize pool to AU $7,486,000 to pay the top eight players.

Day 1 ended with 29 players and Mike McDonald in the chip lead, while Yevgeniy Timoshenko was the second-last on the leaderboard with only 64,500 chips. Day 2 saw Timoshenko rise as many fell, though, and when Fabian Quoss bubbled, the final table was set with Doug Polk in the lead and Timoshenko second in chips.

Timoshenko started strong by eliminating Martin Jacobson in eighth place. David Steicke then left in seventh and Negreanu in sixth. Patrik Antonius departed in fifth, while Erik Seidel charged up the leaderboard with a double through Timoshenko and the elimination of Polk in fourth. But Timoshenko doubled through McDonald and then through Seidel, and he then busted Seidel in third place. Timoshenko took a slight lead into heads-up action, and after some back-and-forth trading of chips, he took K-Q into battle against the T-7 of McDonald and won the tournament.

The largest buy-in tournament of the Aussie Millions by far was the LK Boutique $250K Challenge, which offered reentries. Day 1 found several players interested in the reentry function and wound up with a total of 37 entries in total. Another nine entries came in before the start of Day 2 to put the total at 46 and the prize pool at AU $11,270,000 for the top six players.

Day 1 ended with 18 players still in action and Erik Seidel in the chip lead, while Phil Ivey was seventh on the leaderboard. Day 2 proceeded, with players like Jason Mercier and Tony Bloom exiting to set the official final table. Isaac Haxton was the chip leader, and Ivey was second-last in chips. Max Altergott exited, Ivey doubled into second place on the board, and Seidel bubbled the tournament. Dwan left the tournament next, and Ivey took out Quoss in fifth place. Ivey also eliminated Negreanu in fourth, and Haxton took out McDonald in third.

Haxton took 6.15 million to heads-up play against the 5.35 million of Ivey, but the latter fell quickly, only to double back to 4.7 million through Haxton. Ivey doubled again into the chip lead, but the two battled for a while until Haxton trailed again. He then pushed with 8-7 against the A-6 of Ivey and lost, giving Ivey the title and AU $4 million.