Playing online poker in Italy is legal, but it is limited to only players in the country, and government officials are hoping to change that with a shared online poker liquidity agreement with other European countries. 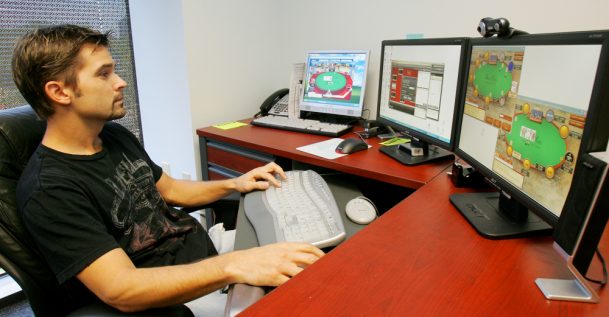 Italian online poker players may soon be able to compete with players in other countries with a shared online poker liquidity agreement. (Image: 888Fortunecasino.com)

Italians are in what is called a ring-fenced market and it restricts the amount and level of competition. The proposal would allow online poker with others, such as the UK, Spain, Portugal and France.

A meeting is set for sometime in May in Brussels and the nations can work on progressing the plan’s framework and may reach a conclusion. The group had announced in November that the groundwork had been presented to move the blueprint forward.

France passed an online poker liquidity bill in October and players were able to join online poker games on licensed sites against others located in other European countries and jurisdictions.

That came a month after that nation and Austria, Germany, Italy, Portugal, Spain, and the United Kingdom met to discuss the proposal and all were said to be in favor of it.

Portugal began the process of online poker liquidity last year and nine months later had a framework in place. Three months later in April, the European Commission approved the technical standards and allowed the country to negotiate with others.

The technical standards are one of two potential roadblocks to a country not being able to join the plan and have merged player pools.

The second problem is that each country features different structures for online poker taxation. They must have a certain amount of uniformity to make it possible to combine player pools.

Decline in revenue for places that don’t have an agreement with others offers big encouragement.Italy’s online gambling rose 25 percent last year compared to 2015, but online poker was the only sector to lose revenue, dropping 10 percent for the same period. Other ring-fenced locales have also seen revenue from the game decline.

I don’t know why anyone would ever think segregated markets would work in the first place. Shared liquidity is the only thing that makes sense.