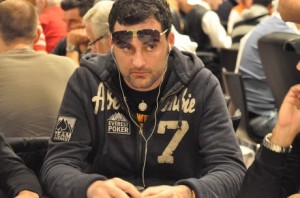 Cristiano Blanco was one of two Italian poker pros who were targeted by Italy’s government over paying taxes on winnings in other EU nations. (Image: itpokernews.com)

Two Italian poker pros will have a less taxing year ahead, following a key EU ruling in their favor. The European Union Court of Justice (CJEU) ruled against the Italian government in a case that concerned whether the nation could seek to collect income tax on winnings from poker tournaments in other EU countries.

The specific cases involved Italian poker players Pier Paolo Fabretti and Cristiano Blanco, both of whom received demands for winnings in European tournaments that took place outside of Italy.

As in many cases involving gambling in Europe, the case largely hinged on interpretations of two articles from the Treaty for European Union (TFEU): Articles 52 and 56. Under Italian law, gamblers do not have to pay income tax on money they earn at nationally licensed land-based casinos in the country.

However, they do have to pay taxes on money earned or won at other casinos.

The CJEU found that such an exemption essentially was against the freedom of trade in the EU, as it deterred Italian players from moving to other countries, as they would then lose that tax exemption.

The Italian government has accused Blanco of failing to file income tax returns between 2007 and 2009, as well as failing to declare winnings from three tournaments that took place outside of Italy, but still within the EU. The largest of these came in 2007, when Blanco finished 2nd at EPT Dortmund. That tournament earned him €380,000 ($480,000), with the Italian tax agency trying to recover a total of €410,227 ($519,000) that year.

Fabretti was also targeted for failing to declare €52,000 ($65,870) that he won at a 2009 high roller tournament that was part of the Italian Poker Tour, but which took place in Slovenia.

However, the two players believed that they had acted in accordance with European law, rejecting the accusations by their government that they owed taxes on their winnings. They claimed that such a levy would amount to a second taxation on money that had already been taxed in other EU states.

The CJEU found that the players were correct about this interpretation, saying that the Italian tax laws were discriminatory towards activity in other EU nations.

“The national legislation, by restricting the benefit of a tax exemption only to winnings from games obtained in the Member State at issue, makes the provision of services constituted by the organization of gambling for remuneration subject to different tax arrangements depending on whether that service is carried out in that Member State or in other Member States,” the ruling declared.

Blanco expressed relief at the ruling, which came after years of legal wrangling.

“I am extremely happy,” Blanco said to GiocoNews. “It’s the end of a nightmare for me. I have always been optimistic about this, but everything feels much better now that I have heard the ruling with my own ears.”