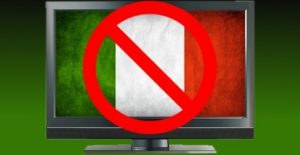 A proposed blanket ban on gambling advertising in Italy would make it harder for cosumers to differentiate licensed sites from unregulated ones. (Image: calvinayre.com)

An Italian gambling bill that would effectively ban all forms of online poker advertising could heap further misery on the country’s underperforming poker market.

The bill, which seeks to implement a complete ban on all forms of gambling advertising, and has friends in high places, has been presented to the Italian Senate and will be debated in the coming weeks.

The Italian online poker market has been in freefall ever since 2010 when the country chose to ring-fence it, limiting the player pools to residents within Italy, and established a punitive tax regime that stymied the market.

High taxes forced operators to hike up the rake and curtail bonuses.

Italy had initially opened up its online gaming market in 2008, but permitted only tournament poker.

Italians would have to wait until 2011 before online cash game tables became an option, by which time player pools were stifled by the newly established “dot.it” regime.

And while online poker is facing a downturn globally, the Italian market is feeling it more sharply; in 2014 alone gross gaming revenue dropped by 20 percent.

The proposed ban follows recent regulatory reforms that have been more favorable towards the online gambling sector.

Part of these reforms included a change to the tax laws that would see online gambling companies taxed on their gross profit rather than gross gambling revenue, a change designed to ease the burden on operators and encourage growth in the market.

Discussions on the possibility of cross-border liquidity, meanwhile, which would likely take the form of sharing player pools with France and Spain, have also resurfaced recently.

However, the new anti-gambling bill is very much a conservative backlash against the reforms, which have led to an increase in advertising from operators and greater exposure for consumers.

“The EU Commission [has] recognized expressly that commercial communication of online gambling services can play an important role in ‘directing consumers to the regulated offer,’ ” she added.

“Hopefully, operators and relevant gambling associations will be ready to complain and push the EU Commission for an infringement procedure towards Italy for noncompliance with the EU legislation.”