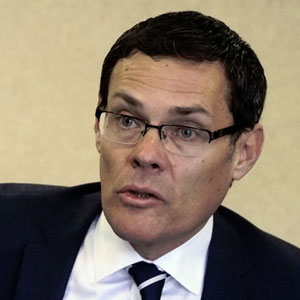 The land-based and Internet casino industry has continuously rose in prominence over the years. With the large amount of profit these institutions make, it’s hard for nations and states without them not to take notice. If recent talks are any indicator, Israel might be the next country looking to take the plunge into gaming.

Recently, Nevada Governor Brian Sandoval met with political leaders from Israel to discuss the possibility of introducing gaming to the country. According to David Siegel, the Jewish nation’s Consul General, they are reviewing the kind of benefits such a decision would bring. Sandoval’s visit to Israel took place in October where he and around 50 other business leaders participated in a trade mission with the goal of diversifying Nevada’s economy. Focuses of the mission included high-tech industries, the drone aircraft market and water conservation.

When talking with Israeli leaders, Sandoval was the one who introduced gaming to the discussion. Among the men Sandoval spoke with were President Shimon Peres and Prime Minister Benjamin Netanyahu. Siegel said the talks were only in the beginning stages. Nothing was made concrete during the meetings, just discussion and interest on how gaming would benefit Israel’s tourism.

Similarities Between Nevada and Negev

A town in the heart of the Negev Desert is currently being eyed as the potential home for casino development. Considering the history of Las Vegas, meeting with Nevada officials is the best way for Israel to better understand the benefits of building a casino in the middle of the desert. In the 1930s, the legalization of gambling (along with the building of the Hoover Dam) shot the population of Las Vegas from 5,000 to 25,000 people. These days the city has one of the biggest gambling industries in the world with over 40 million visitors a year.

Israel could benefit from Nevada’s knowledge on how to build cities in the middle of a desert. The Negev makes up nearly 60 percent of Israel’s land mass but only eight percent of the population lives there. The Beresheet Hotel was a recent attempt by the government to inject some life into the Negev. The luxury hotel is found in Mitzpe Ramon, a town at the edge of a 25-mile-long crater, the largest on Earth. Despite that, the town is a blossoming tourist destination for the country. A casino would likely bring in even more visitors from neighboring lands.

Though the potential gain for a thriving casino industry in Israel could be large, it wouldn’t just happen overnight. Much like in America, there are many different parties in both politics and business with vastly different interests who would all want a say in development. However, Sheldon Adelson could be a large voice in any sort of movement to get a casino in Israel. The CEO of Las Vegas Sands Corporation is a very wealthy benefactor to Jewish efforts both in America and abroad; Adelson also owns Israel’s biggest newspaper with the Israel HaYom.

If one man could gain some leverage in the development of an Israeli casino, it would be Adelson. But he has also become a staunch advocate against online gaming and a casino in Israel would likely have to follow his ideals to gain any kind of support. Regardless, a spokesperson for the Sands said the company currently had no Israeli gaming properties in development.

Even if Israel’s interest in building a casino remains just a point of conversation, the meetings with Sandoval and Siegel led to other bonds being strengthened. Nevada’s Desert Research Institute and Israel’s Mekorot water company rebuffed their partnership and another company, Ormat Technologies, will also partner up with Nevada.

The two seem to have a very natural relationship with similar interests in business and development according to Siegel. Nevada imported $144 million from Israel along with $129 million exported to them last year. Those numbers could be on the rise with a recent application Nevada submitted to be selected by the FAA as a drone testing site in America. Consequently, Israel is one of the world’s biggest developers of drones.