“This game is rigged.”

It’s a statement every online poker player has seen in the chat box at some point. And now, one online operator is offering a reward for anyone who can prove that its shuffling software is indeed “rigged.” 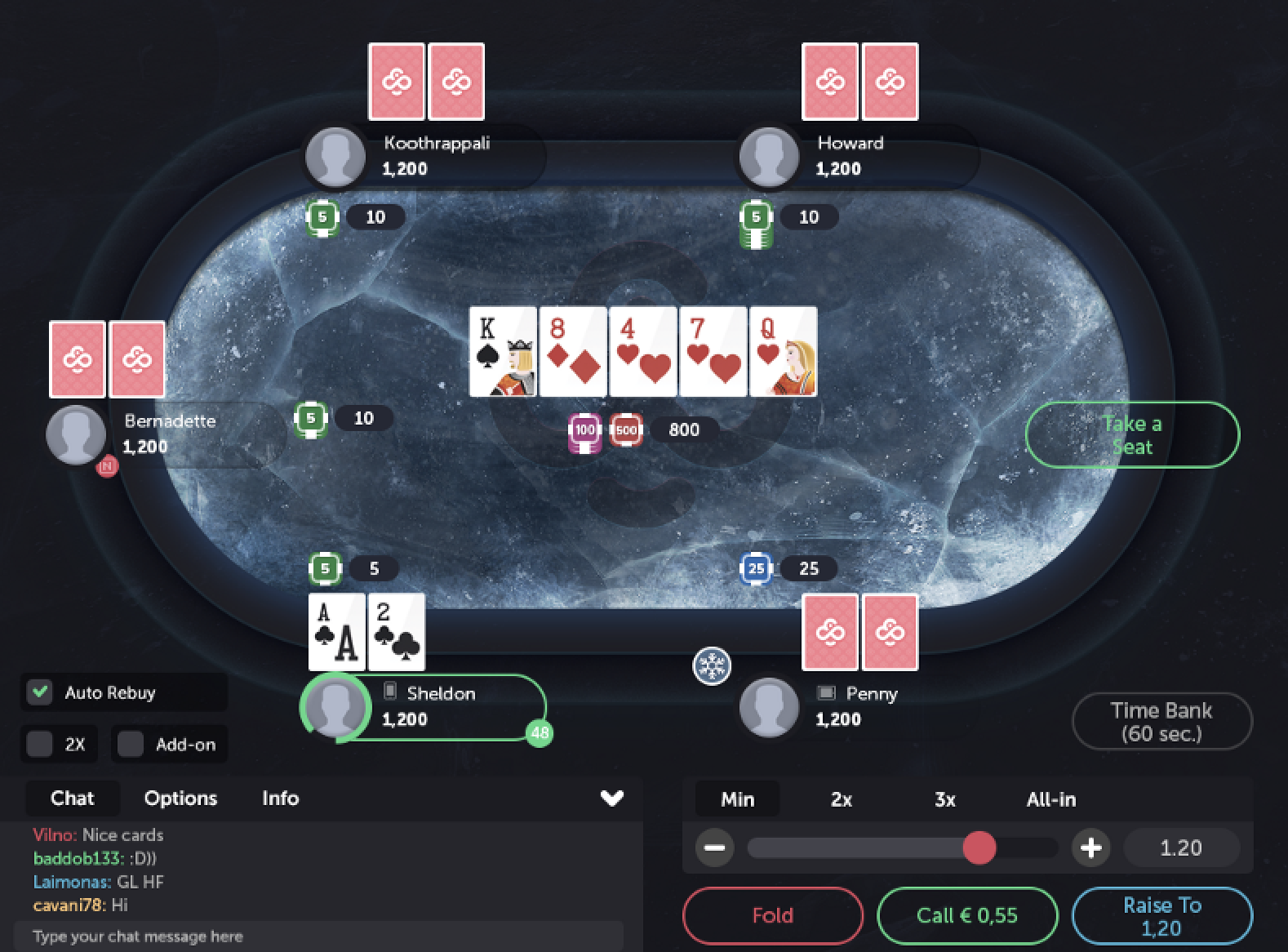 Is the card shuffling in online poker truly random? CoinPoker is out to prove it. (Source: World Casino Index)

CoinPoker, a cryptocurrency-based online poker site launched last year, is doing something that no poker operator has done before – it’s releasing the source code for the random number generator (RNG) used to power its card-shuffling software.

Until now, the code for any site’s RNG has remained top secret, leading many to wonder whether the cards are really dealt in a random fashion, as claimed. That lack of transparency has likely kept more than a few people away form the virtual felt over the years.

But now, in an effort to increase trust and build the best RNG possible (and yes, probably in a bid for some publicity, too) CoinPoker is not only releasing its source code, but it’s offering a reward for anyone who can disprove it.

Starting today all players have the opportunity to view undealt cards, prove fairness and participate in the world's first decentralized and 100% transparent RNG.

All the info you need to use this new technologyhttps://t.co/mDMXNDDjF8 pic.twitter.com/8QnlVMyxhQ

CoinPoker uses the same blockchain technology that powers Ethereum, a cryptocurrency used by another poker startup which has Brain Rast and Dan Colman as advisors.

The nature of that technology makes it so that the company can expose its code without risk of it being reverse engineered.

It’s also unveiling a new feature for those who don’t know anything about code. Hand Hindsight allows anyone to go back and examine the undealt cards from any previous hand, something that’s never been offered by a poker site.

If you want to crack the software and win the “Bug Bounty”, you must prove that not all players have an equal chance in a shuffling sequence, or prove the existence of a “seed number” which increases a given player’s probability of winning.

The results of the experiment will be fascinating, as there are there many math and programming experts who insist that having a computer generate a truly random number is impossible.

“On a completely deterministic machine you can’t generate anything you could really call a random sequence of numbers,” Steve Ward, a Professor of Computer Science at the MIT School of Engineering, claimed in a 2017 article.

Another study specific to online poker found that shuffling algorithms did not lead to “an even distribution of decks.”

If CoinPoker can indeed prove that its RNG is truly random, it could have huge implications for the online poker space.

This is precisely the reason why I continuously say that the “RCG” is NOT random at all! If a site is “pre programmed”, then how can you possibly say it’s “random”? The sequencing and such has been PRE DETERMINED, and if you were to play at sites like ACR and Betonline, then you’d see the COMPLETE LOPSIDED deal outs to the same player to where no matter what they play, or what position they’re in at the table…no matter what their stack is!>>>They’ll get 90% of the winners at the table! What’s up with that?>>>You can’t possibly believe that there ISN’T something weird going on! I play an ace, the site wont flop one about 80%+ of the time…when I try to play pocket pairs(K’s, Q’s J’s, etc), an ace will flop about 90% of the time for the OTHER PERSON…the person who has ALREADY been getting 80% of the winners! They’re usually playin the ace with a “rag” card, and no matter what they play, or when, they’ll get the ace on flop or river and beat me! So, you can say ALLLL you want about sites being “rigged or not?!”…I am making the factual point of the “FACT” that if a site is using “PRE PROGRAMMING” at all, you CANNOT call it “random”!

lol give me a break. Pathetic. (I’d like to add that “LoL you losing Donk” but I won’t.. because I think it might be against the rules of the site to call another member a ‘name’)
Love your calculations though… based on what hand history sample?
I play my pocket KK and other guy with A-rag.. he hits the ace like 94.274982749788862% of the time! It’s the truth! I’ve seen it!

Some people believe in Santa. Others think online poker it’s honest. I respect all kinds of believe.

OOOOH , this is where I wish I knew more about coding !!! Sadly I have no clue about how the poker sites work , just that it works .
I also know that when I play for play chips , now I do well or in a game that I could care less if I win , well go figure i win.
So, over the years I truly believe the shuffling , dealing is rigged. Just to many bad beats I guess.

I would love to know how to disprove them on this ! Although I am sure that now they have put this challenge out to the world , they are going to make sure their site is legit !!! No one will be able to disprove them.