Is Nebraska Next to Legalize Poker (and Sports Betting)?
February 10, 2020 Latest Poker News

Is Nebraska Next to Legalize Poker (and Sports Betting)?

An ambitious bill that would legalize several forms of gambling in Nebraska, including poker, will get a hearing in the state legislature’s General Affairs Committee on Monday. 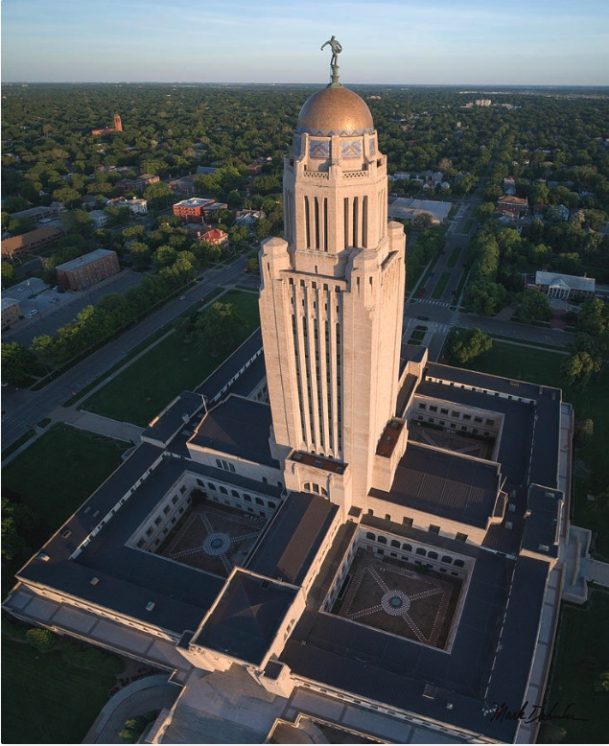 Legislators in Lincoln, Nebraska, will meet today to discuss a bill that would legalize some of the most popular forms of gambling by classifying them as games of skill. (Image: Mark Dahmke/Pixels)

LB990, also known at the Games of Skill Act, was introduced by State Sen. Justin Wayne (D-Omaha) last month and would reclassify poker, sports betting, and fantasy sports as games of skill, thereby making them legal in the state. Nebraska is one of just a few states in which all three activities remain illegal when played for money.

The meeting of the Nebraska Senate’s General Affairs Committee is scheduled to begin at 1:30 pm CT, and can be viewed online via livestream.

The legislation defines poker as a draw or community-card game, singling out such games as Five-Card Draw, Texas Hold’em, and Omaha. Based on the language, LB990 would not appear to apply to games like Razz and Seven-Card Stud. The bill does not make any reference to online or internet poker.

“Certain poker games also require knowledge and skill,” the bill states. “While poker does have a random component in the cards that are dealt to participants, there is more skill than chance necessary for successful participation in a game where strategic decisions influence the other participants and, ultimately, the outcome of the game.”

Nebraska currently has four tribal casinos offering bingo games and slot machines, as well as several keno parlors. Wayne’s bill would require operators to pay a $10,000 registration fee to offer poker or other games of skill, and pay an annual renewal fee of 6 percent of revenue or $10,000, whichever is less.

Those fees would be allocated to the newly created Games of Skill School Property Tax Reduction Fund, and the Charitable Gaming Division of the Department of Revenue would regulate the games if the bill is passed into law 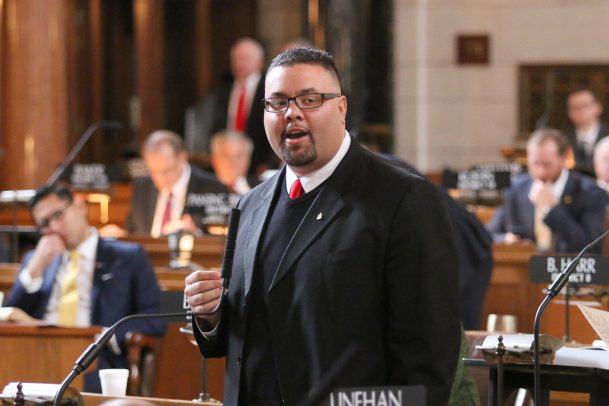 “If we’re serious about long-term tax relief, we have to look at new revenue sources,” Wayne told the newspaper.

Wayne’s attempt to classify poker, sports betting, and fantasy sports as games of skill is an attempt to get around the Nebraska Constitution’s prohibition on allowing the Legislature to “authorize any game of chance or any lottery or gift enterprise when the consideration for a chance to participate involves the payment of money.”

The Nebraska Liquor Control Commission takes a hard line on gambling, saying that even charitable “casino nights” are illegal, and possession of the equipment to operate them, such as roulette wheels or slot machines, is against the law. The commission says that Texas Hold’em tournaments can only be played if played for free and no prizes are awarded.