iPoker Network Withdraws in Full from Ukraine, While Some Skins Also Quit Russia 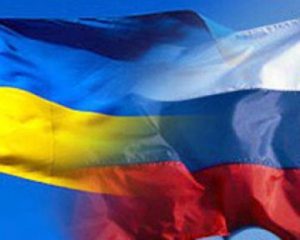 While Russia has been using strong-arm tactics to block online gambling ISPs but there has been no known regulatory developments in Ukraine to warrant withdrawal. (Image: jordanrussiacenter.org)

The iPoker Network withdrew from the Ukrainian market last week, while certain sites on the network also appear to have pulled out of Russia. iPoker, which  powers 29 skins, including the poker sites of big name brands like William Hill, Betfair, Ladbrokes, Paddy Power and Bet365, was the biggest poker network in the world, until it was overtaken last week by the Microgaming Poker Network.

The reason for the sudden departure from Ukraine is mysterious. Unlike Russia, which has been flexing its muscles for several years against unlicensed gambling sites, there doesn’t appear to be any recent regulatory developments in Ukraine that would warrant the withdrawal.

While the gambling industry was outlawed in the country in 2009, apparently in reaction to a fire in a slot machine parlor which claimed the lives of nine people, online poker sites have operated there without hindrance, and the game remains hugely popular.

In December 2015, the Ministry of Finance drafted legislation aimed at regulating online gambling, along with land-based sports betting casinos and lottery. There has been little news on the development of this bill, but it’s possible that the network may have withdrawn its services in the hope of being eligible for inclusion in a licensed market. The bill, as it stood in December 2015, however, proposed restrictively high taxation and license fees.

Meanwhile, Russia has made its stance on online poker sites abundantly clear. The country is going through the process of regulating online sports betting, a factor which has spurred it to step up its efforts to restrict unlicensed sites.

The Russian telecoms regulator Roskomnadzor has compiled a blacklist of illegal gambling sites which it orders ISPs to block. It has also, in recent months, turned its attention to payment processing companies like Skrill and QIWI. The state has its created its own payment processor, TSUPIS, specifically for newly licensed online gambling transactions.

Despite this, Russia is the world’s biggest online poker market and many sites still engage with Russian players, playing a cat and mouse game with Roskomnadzor. Sites like PokerStars are occasionally forced to provide links to new clients, posted on poker forums, in order to allow customers to circumvent ISP blocking.

Of the sites that quit Russia this week, Gala Poker and Coral Poker are owned by the same company, Gala-Coral, which has agreed a merger with Ladbrokes to create a sports betting powerhouse. Ladbrokes itself left the Russian market in early 2015.

These are, of course, sports betting companies for whom online poker is a small sideline and it may not be worth risking the wrath of the Russian government. It may also be a condition of the merger, laid down by UK gambling and financial regulators, which require operators to justify their engagement with gray markets following the passage of the 2015 UK Gambling Act.

traffic has fallen sooooo much on this site, I don’t even recognize the tournament lobby anymore (or the structures for any of the tourneys for that matter either.. WTF is with all the 20k starting stacks? LOL.. sure uber deep til’ you figure out it works out to 20 or 30bb’ by first break. Time to make another WD I’m thinkin’… 🙁

Good move by those skins.